Officially the first day of summer is not until June 21st, but according to my thermostat and our electric bill it’s already too hot. Similar but Different #18: Cold as Ice is a wish list for an Arctic chill and freezing ice. I’ll start with a few Texas references and then throw in some notables to round down your internal temperature.

First the “Texans” and some Texas institutions: 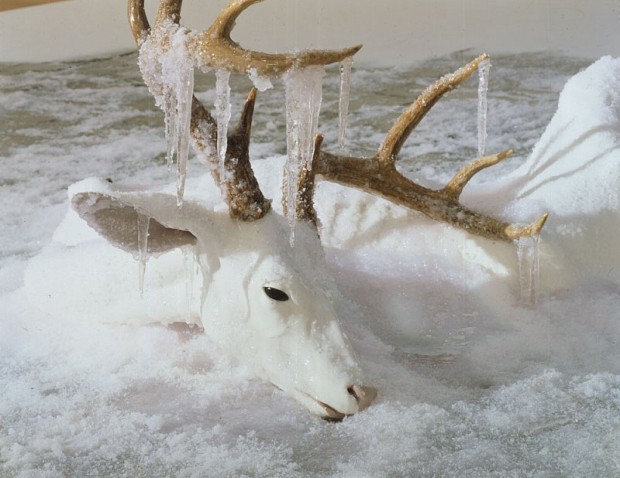 Erick Swenson’s Untitled from 2004 at James Cohan Gallery. Detail above and installation below. 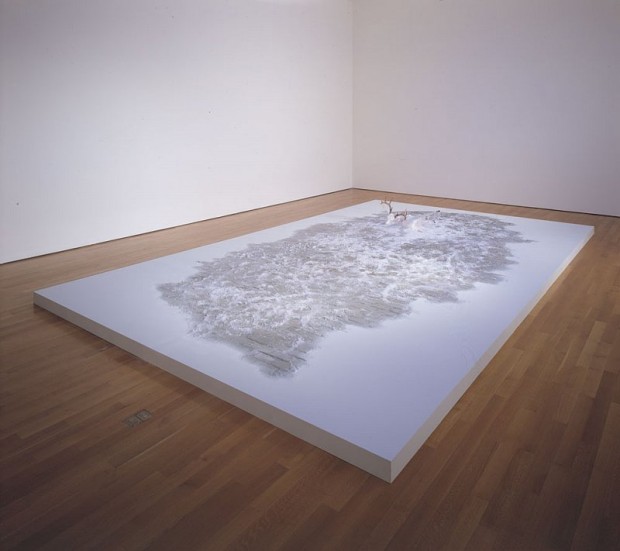 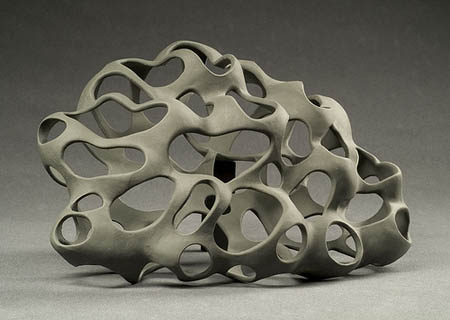 Amy Revier‘s collage from the series A Quiet Root May Know How to Holler is another type of cloud. 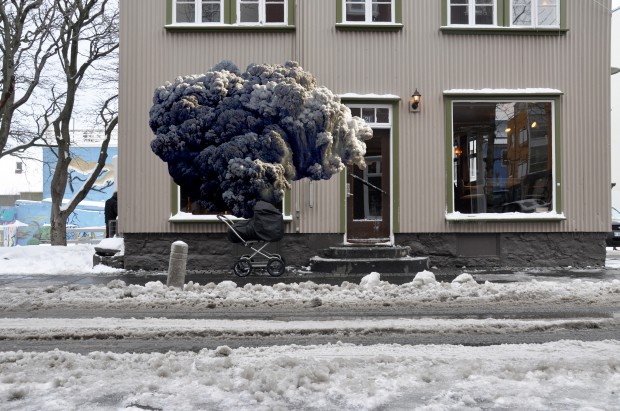 Ed Ruscha’s  Ice Princess can be seen at The Modern Art Museum of  Fort Worth. 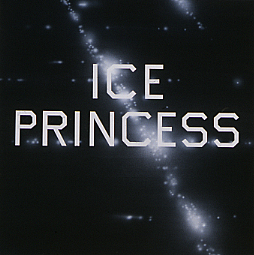 Ben Ruggiero‘s work from the series After Icebergs With a Painter which was at Testsite in 2010. 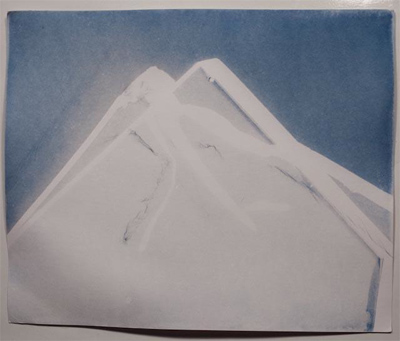 Fredric Edwin Church’s The Icebergs (1861) which is part of the permanent collection at the DMA in Dallas. This is the painting Ruggiero references in his work. 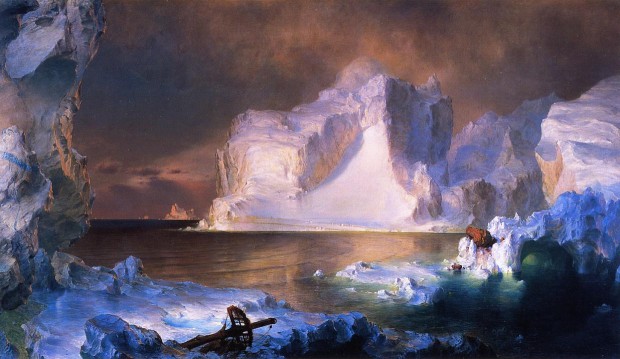 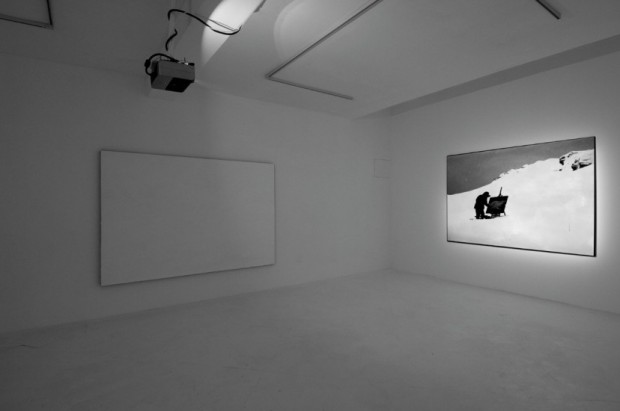 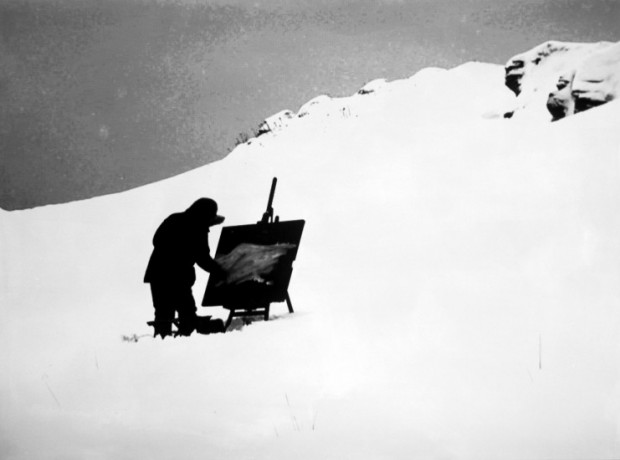 Pieter Brueghel the Elder’s Hunters in the Snow. 1565. 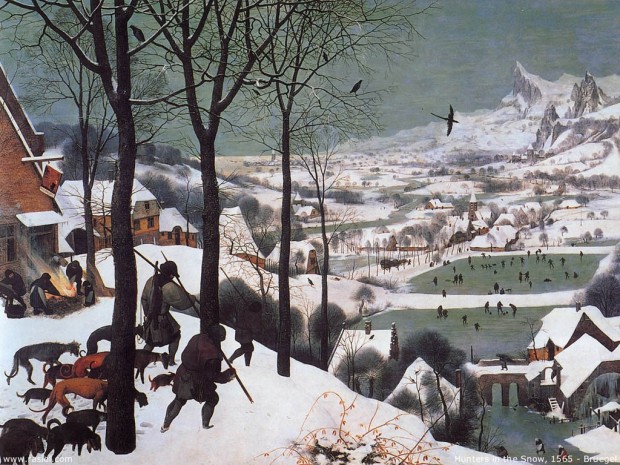 and should you find some time to read Tobias Wolff’s short story Hunter’s in the Snow, it’s based on the above painting and is equally chilling. 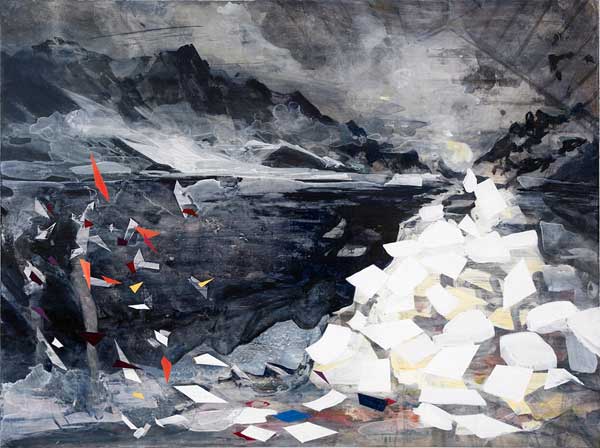 Below are two ice filled examples from an artist who is a personal favorite of mine, Pierre Huyghe. 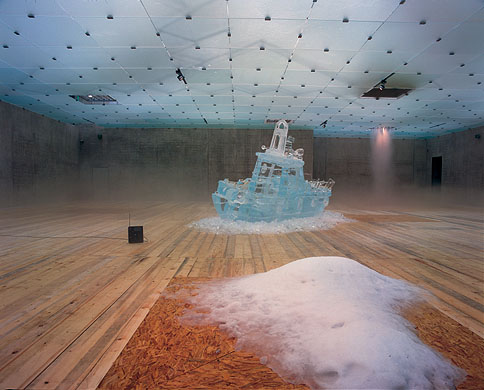 L’Expédition Scintillante, 2002 above and Huyghe’s A Journey That Wasn’t– film still below. 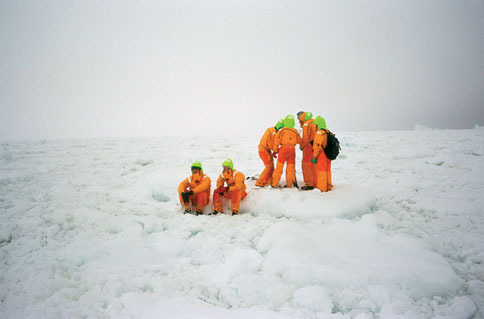 And now for a few cinematic references: 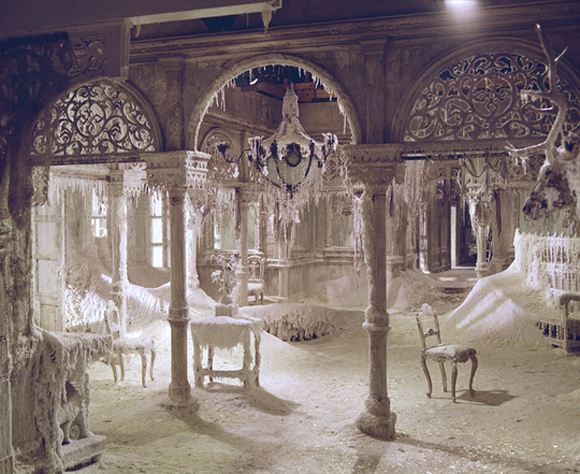 Dr Zhivago, 1965 film still above. Click here for a below zero film clip. And the opening credits to I am Love below.

I hope all of this has given you a full on brain freeze, visual ice cream headache, or at least a  lovely daydream of iciness as you sit within your air conditioned cubicle forgetting the full wrath of the Texas summer sun. To off set any chill that may have become too much within your imagination I’ll end with a reason or two to be happy for the upcoming summer days.

and from the Learning to Love You More Miranda July/ Harrell Fletcher project: