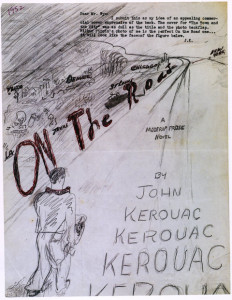 The Harry Ransom Center (HRC) has announced that it has acquired the archives of artist Ed Ruscha. After the materials are cataloged in the museum and research library at the University of Texas at Austin, they will be available to students, researchers and the public. In the meantime, the center is showing a selection of items from the archives in its lobby through December 1.

Ruscha, whose many exhibitions include the 2011 show Ed Ruscha: Road Tested at the Modern Art Museum of Fort Worth, has been associated with the American Pop art movement since Walter Hopps included him in the Pasadena Art Museum’s 1962 exhibition New Painting of Common Objects. He is best known for his thematic photography books, like “Twentysix Gasoline Stations” (1963) and for his text-based drawings and paintings, which play with pop culture, puns and odd phrases.

The archives include five personal journals, as well as photographs, contact sheets and notes that show how several of his projects, including his 2010 illustrated version of Jack Kerouac’s “On the Road,” were created. (Kerouac’s own notebooks are already in the HRC’s collection.) Ruscha told The Associated Press that he chose the HRC because wanted the materials available to the public. “The thought that my working documentation could be in this magnificent repository is a wonderful honor and destination of great respect. I now see that the Ransom Center is the home to end all homes.”