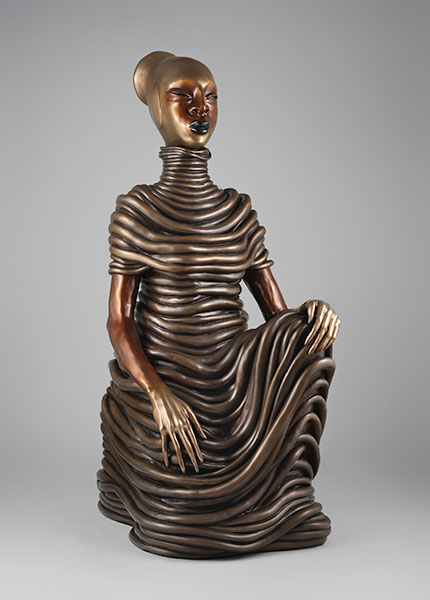 Today, December 16, The Modern Art Museum of Fort Worth’s Director Marla Price announced the museum’s acquisition of Wangechi Mutu’s The Seated III, 2019. Acquired for the Modern’s permanent collection, Seated will be on view beginning Saturday, December 19, in one of the museum’s first-floor galleries facing the reflecting pond.

Seated is one of four sculptures by the Nairobi-born,-Brooklyn-based artist. The work was commissioned for the four niches along the façade of New York City’s Metropolitan Museum of Art (the MET). Mutu’s sculptures were meant to be part of her exhibition The NewOnes, will free Us, the dates for which were postponed when the Museum closed in March due to Covid.

The Seated I, Wangechi Mutu.

Glasstire spoke with the Modern’s Senior Curator Andrea Karnes. She says that upon hearing about the MET commission in 2019, she spoke with Gladstone Gallery, who represent’s Mutu, about the work’s availability. When the gallery responded that the editions were still available, Karnes recounted, “I spoke with Marla, and she said yes before I could finish my sentence! I was holding an image of Seated III and I think her exact words were ‘Do not delay.'” Price and Karnes then traveled to the MET to see the sculptures firsthand before presenting the work to the Modern’s acquisition committee, who agreed unanimously on the purchase.

Although the purchase occurred more than a year ago, the museum delayed the announcement because of the logistics of getting the work to the Modern during the pandemic. Says Karnes, “It was our plan to have Mutu [in Fort Worth] as we planned everything. We have had to plan via Zoom and conversations.” 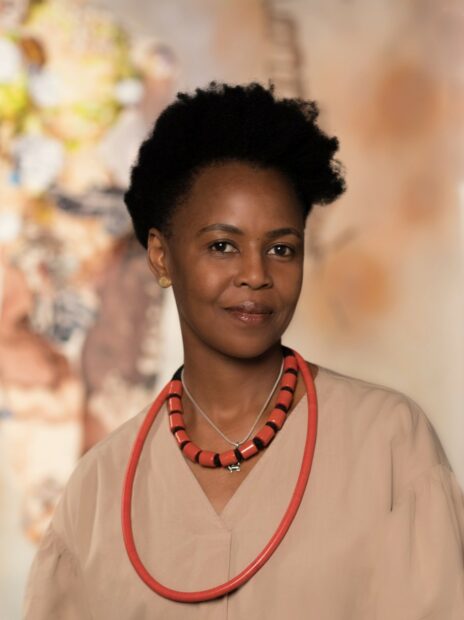 Says Karnes: “Wangechi Mutu’s recent group of four bronze female figures is exciting and powerful, and we are honored to add one of them to our permanent collection. Mutu’s The Seated III will change the face of the Modern. Like a divine presence presiding over the pond, this bronze goddess will shine on all who enter the museum, exuding a calm strength.”

In an overview of the paused exhibition of Mutu’s work, the MET exhibition text states: “Mutu’s embellishments take a great deal of inspiration from customs practiced by specific groups of high-ranking African women. The horizontal and vertical coils that sheathe the figures’ bodies, functioning as garment and armor all in one, reference beaded bodices and circular necklaces, while the polished discs set into different parts of the sculptures’ heads allude to lip plates.”

A statement from the Modern speaks to where Mutu’s sculptures fit in the history of caryatid sculptures. “The Seated III bears only her own weight and is unattached to the building or any structure around her. She is serene and regal, and her calm extends to her fingers and her expression, which is that of a woman in her rightful place.”