A Mycological Foray: A New Look at John Cage and His Mushroom Obsession 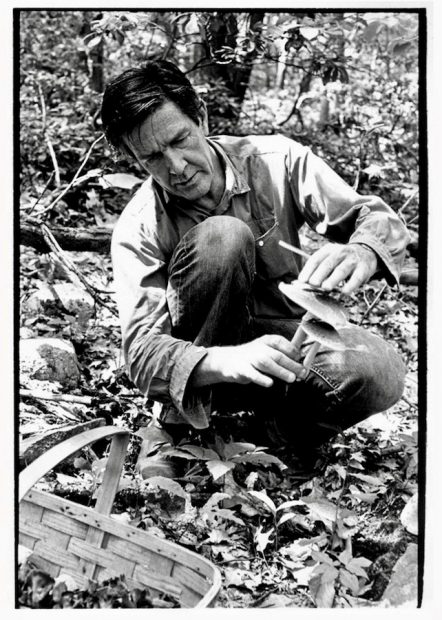 The twentieth-century music composer John Cage was famous for his experimental approach to sounds, silences, and everything in between. As it happens, Cage was also an avowed mushroom aficionado and the inspiration he drew from fungi played no small part in his work. Almost three decades after his death, the influence of his mycological interests on his biography is indisputable. Here, in the twenty-first century, it’s impossible to talk about Cage’s music and theory without talking about the way that fungi permeates it.

Cage’s life is full of oft-repeated mushroom anecdotes. How he got his start in mushroom foraging during the Great Depression because he was a broke and hungry student. (In his writings, Cage describes passing out from fatigue after eating only mushrooms for an entire week.) How social mushroom forays lead to intellectual collaborations and theoretical developments. (Cage met one of his students, Allan Kaprow, while on a mushroom hunt organized by American artist George Segal.) How he created a guide for edible mushrooms near Stony Point, New York. (His class on mushroom identification at the New School for Social Research was immensely popular.) How Cage accidentally poisoned himself and some friends – Cage actually had to have his stomach pumped — after he mistakenly identified a poisonous hellebore (in the buttercup family) as skunk cabbage. 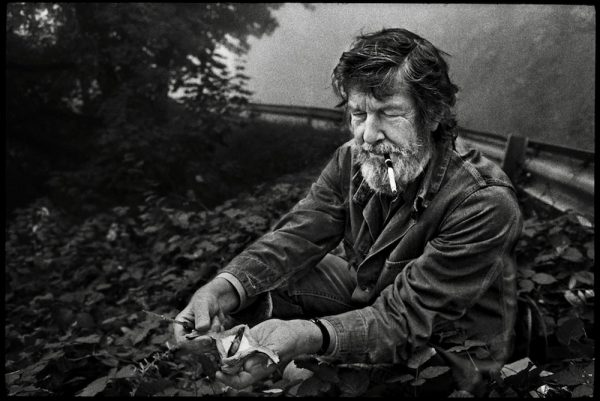 In one particularly famous episode, in February 1959, Cage appeared on the Italian television program Lascia o Raddoppio (Double or Nothing) and won five million lire (something like eight thousand dollars) by being able to name 24 white-spored agarics — edible mushrooms — that were mentioned in the Studies of American Fungi field guide. Cage listed them in alphabetical order and then bought a Volkswagen bus for his partner, choreographer Merce Cunningham, and a piano for his home in Stony Point. 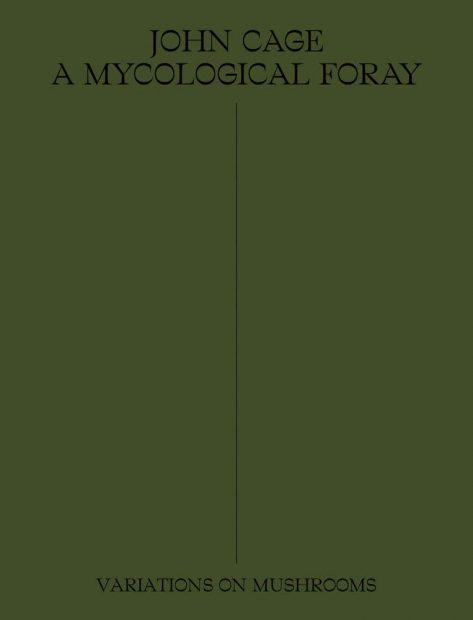 Perhaps more than anything else, however, mushrooms — especially in conjunction with Cage’s life, compositions, and approach to music theory — are full of metaphor. From foraging and accidental encounter to death, decay, and chance itself, the lens of “mushrooms as metaphors” offers contemporary audiences insight into how Cage’s mycological expertise shaped his music and vice-versa. In Atelier Éditions’ recent two-volume publication, John Cage: A Mycological Foray (edited by Ananda Pellerin, with texts by Kingston Trinder & Isabelle Bucklow) is a carefully curated exhibition of the experimental composer’s enchantment with fungi.

The first volume in Mycological Foray offers readers essays, photographs, archival ephemera, drawings, and excerpts from Cage’s work Diary: How to Improve the World (You Will Only Make Matters Worse). The meandering, structure-free approach of both Cage’s writing and the editing of Foray allow readers to explore through the bits and pieces of Cage’s creative progression, a process much like mushroom foraging itself. Every page offers audiences a new way to see fungi as Cage saw them – something to be discovered, and the organism through which the natural world mediates between life and death. 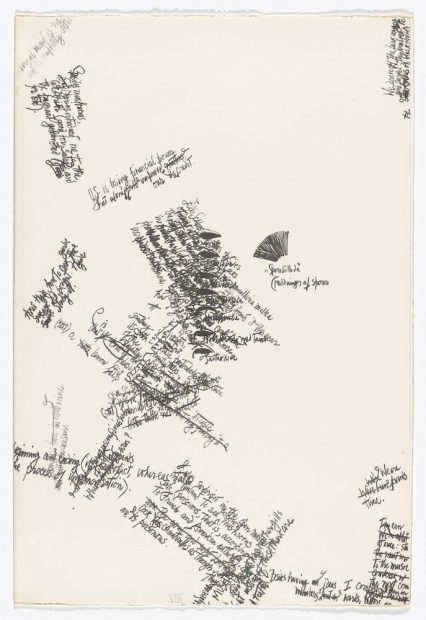 “It’s that sense of discovering the hidden that the amateur mycologist found so thrilling about mushroom hunting,” writes Allison Meir. Cage described his intentionally non-structured approach to his Mushroom Book (1972) in a 1991 interview with John Retallack. This style of writing was meant to show, “that ideas are to be found in the same way that you find wild mushrooms in the forest, by just looking.” In other words, ideas, like mushrooms, “come to you as things hidden.” It’s through sharpening the senses (specifically through sight and touch) via mushroom foraging that Cage would have us also explore and contemplate sound.

Mushrooms are symbols of change; they are the organism and the process that breaks down once-living things, breaks them down into their most elemental bits (carbon, nitrogen, etc.), and returns them to the environment’s nutrient ecosystem.  Like the chance-controlled music that Cage became known for his philosophy of fungi isn’t far behind. (The I Ching – a classic Chinese text about decision-making that depended on divination by casting lots – featured highly in Cage’s creative work.) The chance of encounter — will we find mushrooms on a foraging trip? or not? — to say nothing of the type of encounter  between humans and mushrooms — are these poisonous? are they edible? — opens up the complexity of human-non-human interaction. Cage’s mesostic poem in Mycological Foray’s first volume, “MUSHROOMS et Variationes,” is composed to capture the randomness and chance of mushroom encounters. 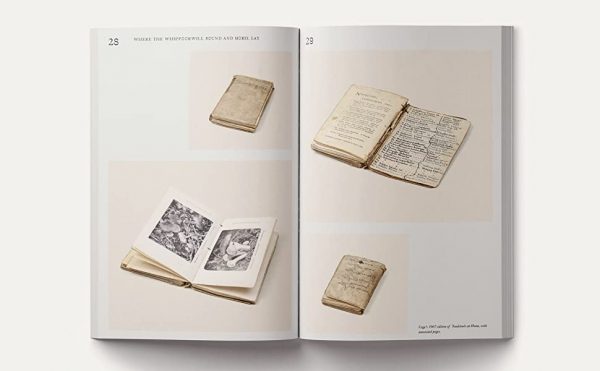 There’s a duality to fungi on many levels — life and decay, rottenness but resilience, a transgressive disgust or danger — that is juxtaposed with a chic bohemian-ness to Cage’s midcentury mushroom foraging events. Every photograph, excerpt, poem, and essay in John Cage: A Mycological Foray can be unpacked to find the duality that Cage emphasized was inherent in the organisms themselves. On an even more literal level, the negotiation between composition and decomposition continues as the second section of John Cage: A Mycological Foray is written on paper made from recycled apple processing waste. The idea seems to take a page, as it were, from Cage’s own Edible Drawings series (1990). The choice in materiality reflects the curatorial consistency with John Cage’s artistic vision.

A significant part of what made John Cage’s compositions and music theory so compelling was the deconstruction of expected structure — sounds and silences weren’t where one expected to find them. And just as fungi breaks down structure in nature, John Cage: A Mycological Foray offers readers a free-ranging look into Cage’s life, carefully framed through his lifelong fascination with nature’s best deconstructionists.

‘John Cage: A Mycological Foray’ is available here and here.

Thanks, Lydia Pyne, for your thoughtful review of “A Mycological Foray.” Good description of John Cage’s embrace of fungi’s organic process and content for elements of inclusion in his own art.

I have the ‘How To Improve The World’ CD set released in the early 90s. I have always been curious about his mushroom discussions mixed into his diary readings . Thanks for exploring this topic Lydia.

Thanks for sharing your thoughts about “A Mycological Foray.” John Cage is really embracing the fungi organic process. I have also been a fan of fungi especially mushroom and i am learning a lot.