by Christopher Blay May 20, 2020
FacebookTwitterEmail 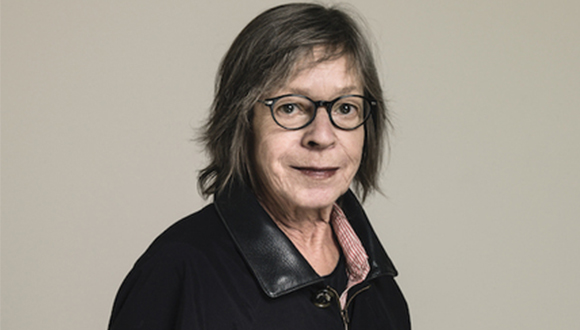 The artist Susan Rothenberg has died. She was 75. Born in Buffalo, New York, Rothenberg  graduated from Cornell University in 1967, and later attended Corcoran School of Art. Perhaps best known for her paintings of horses, which she began in the early 1970s, Rothenberg’s first solo exhibition was at 112 Greene Street Gallery, where other giants of the art world such as Chris Burden, Jackie Windsor, Joan Jonas, and her first husband George Trakas also showed.

Rothenberg was part of the Whitney Museum of American Art’s 1978 exhibition New Image Painting, and was a United States representative for the 1980 Venice Biennale. Rothenberg married the artist Bruce Nauman in 1989, and moved to New Mexico. Her work shifted somewhat during the late 1980s into the 2000s, with works like Red Studio and Green Studio which take on subjects with disembodied heads, arms, and the like. 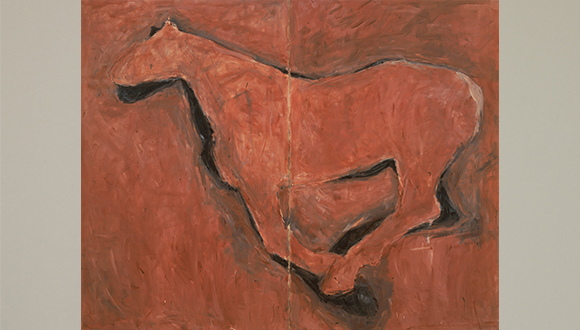 Cabin Fever, Acrylic and tempera on canvas
67 x 84 1/8 inches-Acquired by the Modern Art Museum Fort Worth in 1991.

Rothenberg’s work has been shown at the Los Angeles County Museum of Art (1983); the Albright-Knox Art Gallery, Buffalo (1993); the Museum of Fine Arts, Boston (1999); and the Modern Art Museum of Fort Worth (2009), whose collection includes her painting Cabin Fever, among others. Rothenberg  was awarded the Skowhegan Medal for Painting, 1998, and during the Obama presidency, her painting 1976’s Butterfly hung in the White House’s Treaty Room. Other collections that include Rothenberg’s paintings are the Metropolitan Museum of Art, New York; the Hirshhorn Museum and Sculpture Garden, Washington, DC; and  the Stedelijk Museum, Amsterdam, among others.

Be there in the Fortworthtexas Modern when Susan Rothenberg signed my edition of her book during exhibition time there. She will be missed as a leading life of painting!