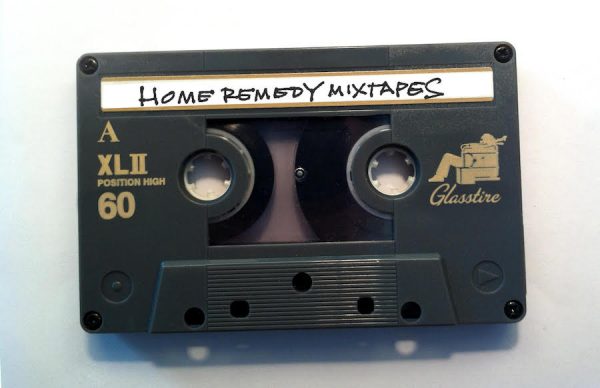 Lucas is a Houston-based curator, arts organizer, writer (he regularly contributes to Glasstire), and DJ. Jason Woods, a.k.a. Flash Gordon Parks, is a Houston-based DJ with several ongoing residencies in the city and an extended practice of collecting, documenting, and lecturing on the rich music history of the region. Recently, as the city began to shut down to prevent the spread of COVID-19, the two of them began to collaborate on this series of curated music mixes made for those stuck at home in stressful times.

“We wanted to approach these like mixtapes,” says Lucas. “These are made at home, and then listened to at home. And like old-style gifted mixtapes, we hope that people will take a chance and listen to them in full, enjoy a bit of surprise with them, and listen to their favorites multiple times.”

Over the next six weeks, the two of them will trade off, taking turns tackling 1960s Soul, Jazz, Funk/Boogie, and more. But this first mix had no rules. They split it in half, each of them taking a “side” of the “tape,” not knowing what the other was doing. They didn’t tell each other specifics, and they didn’t tell Glasstire. Though Lucas did mention that the first song on his mix is actually two versions of the same song layered together.

Enjoy Home Remedy Mixtape #1, and check back every Saturday for another installment of music!

Click on the arrow button below to listen (or go here or here).

On Reopened Museums: A Tale of Two Texases

Yay, great music by two of my fav disc spinners–Thank you guys!

This could not have started off on a better musical note! I feel better already.

This is so welcome and wonderful, totally lifted my spirits, thank you!

This is such a great mix!! Love it!!! Thanks for the paerfect “home remedy”