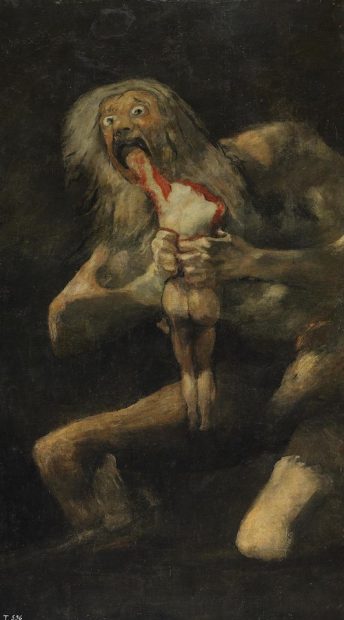 2020: Art in the Age of Pandemic. Death and Beginning-a-new.

As in 1918, WWI and the Flu, the world is now upended. Less blood, but death stalks the earth.

No sales, no schools, no jobs
Evictions from studios
No place to store the art items

2 & 3-D objects are moot
Photo facsimiles are invalid
Video galleries are not authentic
Public art is ludicrous
Excellence is impossible
The issues of yesterday are irrelevant today.

For us, art is not an end in itself … but it is an opportunity for the true perception and criticism of the times we live in.

As Artworld became novel-dependent — merely entertainment and commerce — rather than our cultural heritage, it’s clear that neither criticism, nor beauty, were ever the issue. Now that we have a chance, let us not do this again. Now is the time to be original!

Without public gatherings or discourse, nor a patronage system to create cities, during this historic time we have devolved to a point as in the Greek Dark Ages, 12th–9th centuries BC., where there was only the Polis, (synoikismos) that allowed the population to continue living in a dispersed way.

These are what we still have, stored in our memories and shuttered cultural institutions.
And with these, we can start anew.

1916, Hugo Ball said, “For us, art is not an end in itself … but it is an opportunity for the true perception and criticism of the times we live in.”

1935, Walt Benjamin: “Art seems to have emerged primarily from unquestionably purposeful cultural practices involving rituals for the transmission of social/political ideas, reinforcing them. The notion that it’s valuable simply for its own sake does not provide a satisfactory explanation for its emergence and continuance, nor (necessarily) can the idea — now prevalent in the anthro/philo/art circle — that it’s a genetic attribute of humankind evolved to promote social cohesion. It now seems even more necessary to generate ‘cult-works’ as the cycle of decay/degeneration has progressed towards oblivion; the political fabric is destroying the gene pool.”

1939: Clem Greenberg’s Avant-Garde and Kitsch defines what has become the Modern Artworld: …it is profitable, it is mechanical, it operates by formulas, it is vicarious, it is sensational, it adopts varying styles, it is the epitome of all that is spurious, it pretends to demand nothing from its customers but money, “—not even their time.” It’s the ultimate synthesis of modern culture and pop media, as a result (in the sense of Walter Benjamin), it destroys culture and then profits immensely.

This is depraved, despicable and anti-intellectual, leaving only sex, blood and thrills as a metaphor for the future. A new direction/perspective/theory is necessary for what appears to be the last gasps of an over-heated world; a critique that creates a non-commercial, vibrant culture.

1958: Hannah Arendt: “Every activity performed in public can attain an excellence never matched in privacy; for excellence, by definition, the presence of others is always required, and this presence needs the formality of the public, constituted by one’s peers, it cannot be the casual, familiar presence of one’s equals or inferiors. Not even the social realm  — though it made excellence anonymous, emphasized the progress of mankind rather than the achievements of men, and changed the content of the public realm beyond recognition —  has been able altogether to annihilate the connection between public performance and excellence.”

Sue Sontag: What was true in 1966 — material plenitude, overproduction and crowdedness — has in the ensuing years become magnified to perversity; our sensory faculties are no longer just dull, they are deadened. In an attempt to generate that ‘erotics of art,’ Artworld has embraced a Cult-of-the-New, thereby proliferating, rather than delimiting, interpretation. With each new form attempting to engulf its predecessor, and the whole construct being consumed by commercial-world (interpreted as a selling device), a visual poverty proliferates, causing yet another rationale for yet another metaphoric explanation. Unbeknownst to her, the very traits she identified have become the signature of our lifetime. Now, rather than entropic form, we need sacramental Introspection.

2003: Art Danto: “There is no special way works of art have to be. And that is the present and … it is the end of the story.” The Institutional Theory worked too well; if everything (Artworld says) is art then, of course, we’ve opened the door for a definition without substance. Every good theory has its downside, disgusting has become an aesthetic form via Hirst, and Ms. Beauty has been turned into a whore for the most common of objects; Mr. Art either got waylaid by size and fame, looking for the sublime, or, became another boring lecture in an art history class. Either way, there is, as Arendt pointed out, a crisis in culture.

After the influence of Beuys and Warhol, Artworld has been democratized to an unrecognized farce: museums are amusement parks selling fast food and designer calendars while showing child friendly pieces done by publicity seeking curators to increase attendance; the galleries have turned into celebrity parties with pop stars in runway fashion shows; investment brokers advise their clients to trade art as a commodity, like common stocks, then keep it locked away from public view in bank vaults, to be used as tax brakes — hello, J. Koons. Art, our  culture-creator, has been recycled into a publicity gimmick, the vacuum having been filled with banality.

No to ‘the NORMAL’, of the rampant Roman Bread and Circuses.
It’s time to be original!

Works Cited:
Hugo Ball, from The Dada Manifesto, 1916
Walter Benjamin, The Work of Art in the Age of Mechanical Reproduction, 1935
Clement Greenberg, Avant-Garde and Kitsch, 1939
Hannah Arendt, The Human Condition, 1958
Susan Sontag, Against Interpretation, 1966
Arthur Danto, The Abuse of Beauty, 2003

Stephen Dubov is an artist based in Austin. He is currently the artist in residence at Atelier 3-D. He took his BFA in sculpture at the Kansas City Art Institute, and his MFA at Stanford. He was tenured at Sonoma State University where he taught both drawing and sculpture.

Dispatch From the Sticks