You, Too, Can Perform Ken Friedman’s “In One Year and Out the Other” on New Year’s Eve 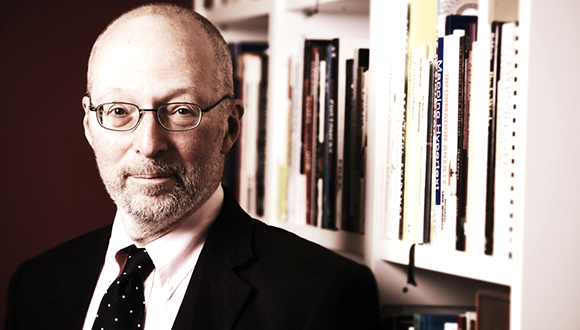 As News Editor, I’ve inherited Glasstire’s New Year’s Eve tradition of encouraging our readers to revisit Ken Friedman’s performance score In One Year and Out the Other. The work, first performed by Friedman in 1975, goes like this:

December 31, 2019 is year 44 of the project. On New Year’s Eve 1975, Friedman, from his home in Springfield, Ohio, called his fellow artists Dick Higgins, Nam June Paik, Peter Frank, Christo and Jeanne-Claude in New York, where his friends had already welcomed in 1976. Then after midnight in Springfield, Friedman called to Tom Garver, Natasha Nicholson, and Abraham Friedman, who were still finishing out 1975 in California. 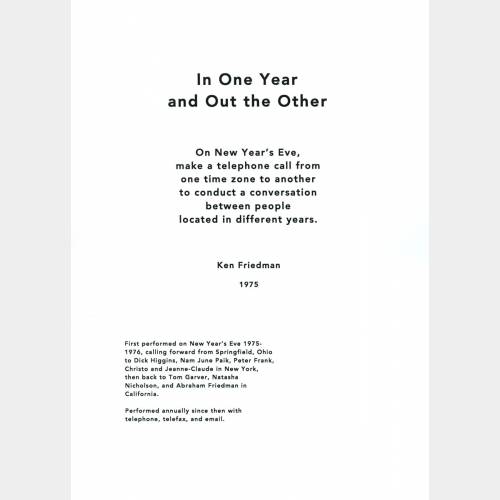 The Fluxus spirit of Mr. Friedman’s score is alive and well today, although his piece takes many more forms now than phone calls. Television broadcasts, social media posts, and texts are just some of the adaptations that fit within the parameters of Mr. Friedman’s idea: connected individuals communicating between years.

Also fulfilling the Fluxus spirit of In One Year and Out the Other: people across the world activate the score without even knowing it. So whether you’re an artist or not, give someone in a different time zone a call on New Year’s Eve and begin 2019 with Mr. Friedman’s gracious artwork.

Mr. Friedman is the co-editor of a book of selected writings by Fluxus artist Dick Higgins. Read Michael Galbreth’s review of that book for Glasstire here.