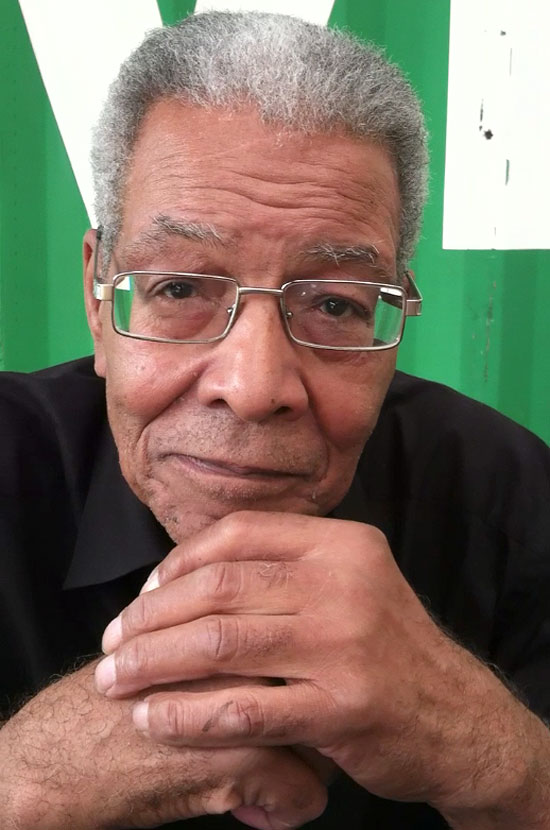 Benjamin Patterson, a founding member of Fluxus, died this weekend at his home in Wiesbaden, Germany, reports ARTnews. He was 82 years old.

An artist, composer, and musician, Patterson was born in Pittsburgh in 1934 and graduated from the University of Michigan in 1956 with a degree in music. He could not find a job in the United States because he was black, so he played with various orchestral groups in Canada and went on to perform throughout Europe, helping George Maciunas stage the first Fluxus International Festival in 1962 in Wiesbaden.

Although Patterson still worked in arts-related positions, he stopped making work around 1970 in order to earn more money for his family. After his children were grown, Patterson returned to art in 1987, creating assemblages, performing, and staging participatory artworks.

Valerie Cassel Oliver, senior curator at the Contemporary Arts Museum Houston, who curated his first retrospective, Benjamin Patterson: Born in the State of FLUX/us in 2010/2011, and included him in a later group exhibition, Radical Presence: Black Performance in Contemporary Art, gave Glasstire the following statement:

It was a true honor to have known Ben. He was thoughtful, kind and filled with enormous curiosity and a zeal for life. His many works—whether visual art objects, scores for actions or performances—were so layered and multifaceted that it took a moment to realize that they were built upon rigorous research cloaked in a witty haiku. Ben led a very full life and lived intensely. He died doing what he loved best, making art. I feel so immensely privileged to have shared his brilliance with the world.

When Radical Presence traveled to the Walker Art Center, its Teen Arts Council (WACTAC) interviewed Patterson and asked him about his five favorite noises:

Study Shows That Art Helps You Grow Up

Thanks for sharing this sad news. I got to share a train ride with Ben and bear witness to one of his performances in Poland when he was 66. I had the life-changing experience of making an installation at what turned out to be the last Construction in Process event produced by Ryzard Wasko, along with more than a hundred artists from all over the world during a two-week residency. The seismic changes in my experience came from the energetic dedication of artists organizing for themselves, this mini-biennale, and from the exposure to many performance artists like Joan Jonas, Chandra Sekarans, and Ben Patterson. The open-endedness of subject/object, performer/audience and time and place of fluxus and other performance pieces was exhilarating and challenging.

A sculpture, a painting, a photo, an installation can never layer the complexity of artist-as-performer/object/living being. Through his expression, Ben continues to ask me to this moment — What does it mean to dig a big fucking hole all through the night accompanied by Chopin on a boom box (he wanted a grand piano and a player, but the limited logistics of the production couldn’t allow (but we can image can’t we??)), in the middle of a forest in the middle of Poland possibly mean???????? It was profoundly, enticingly strange. The beauty of his elegant silhouetted pick-ax stroke against the silhouetted tree-line by moonlight and starlight — black on black on black on black — digging the black earth. Who was this John Henry competing against/for? To what purpose? Hour after hour. The sweat, the exertion. The hole. The grave? Throughout the night some of the artists would wander over from the camp and watch for a bit and wander back into the dark. If a hole gets dug in the forest and nobody hears it, does it make a sound?

As the article above states, Ben was from my hometown. As many of Jazz’s greats, uncelebrated in the segregated, industrial-now-post-industrial, now fracked beauty of southwest Pennsylvania. As the article states, Ben was soft-spoken, attentive and generous of spirit. So glad I got to witness his performance and then share the train ride back toward home with him and get to know each other a bit.

Four years later I forewent my own sculpture-making and started Austin Green Art, which was my own version of performance-art-making, community and ecological meaning that Construction in Process and Ben helped inform 🙂