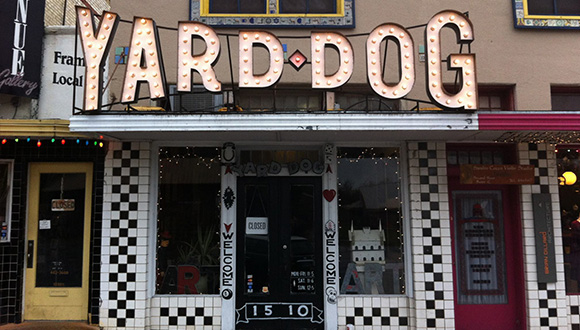 Yard Dog Gallery, the Austin art space which has been at its 1510 South Congress location for over two decades, is moving. “We’re happy to announce that we’ll be sharing space with the Bale Creek Allen Gallery at Canopy Austin, taking over part of Bale’s space, but functioning as two separate and independent galleries” says Randy Franklyn, owner and founder of Yard Dog, in an email to Glasstire.  Franklyn and his wife Jann Baskett started the gallery in 1995 based on Baskett’s ideas, and she is the gallery’s creative advisor. “South Congress has been our home since 1995 and will always be a big part of who we are. We’ve had a lifetime of history [there] and leaving is bittersweet, but we’re excited about the possibilities in front of us.”

The gallery will be open at its original location through December, although the Canopy space will be open as well for the first event there on December 13, from 7 – 10pm,  showing a baker’s dozen of Bruce Lee’s painted seed bags. After the December 13 show, Yard Dog will be open by appointment only, until it has fully resettled at the new location.

The name, derived from the folk art of the deep south that the gallery specialized in back in 1995 when it opened, was kept as the gallery added works from artists who were neither folk/outsider artists, nor from the south. Yard Dog also shows works by artists who are also rather well-known musicians, including Jon Langford, Bob Schneider, Will Johnson, Tom Russell, Reg Mombassa, Peter O’Doherty, Ian McLagan, Darden Smith, & Jad Fair, and others.

Yard Dog follows the exit of another South Congress legacy business, Uncommon Objects — an antique shop established there in 1991 — and will have a booth in Uncommon’s new space on Fortview Road in Austin. “They were a huge part of why we wanted to be on South Congress in 1995 and were a great neighbor for 20+ years, so we’re thrilled to be joining them at their ‘new’ South Austin space,” says Franklyn. 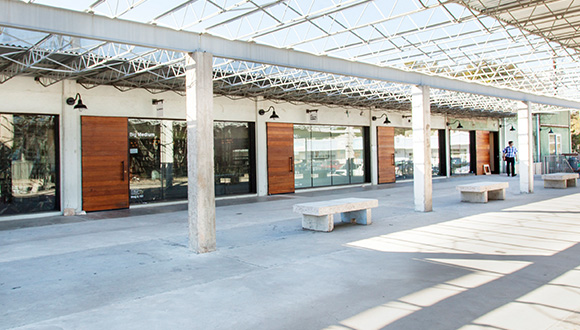 Canopy is a creative community set within a redeveloped East Austin warehouse. Artist studios, creative office spaces, art galleries and a café are linked together with communal courtyards and covered breezeways, emphasizing the connectedness between art, culture, and the public. Its creative complex includes the beautiful gallery space for Big Medium and East Austin Studio Tour headquarters.

Welcome to Canopy Yard Dog! Happy to have y’all part of the mix,