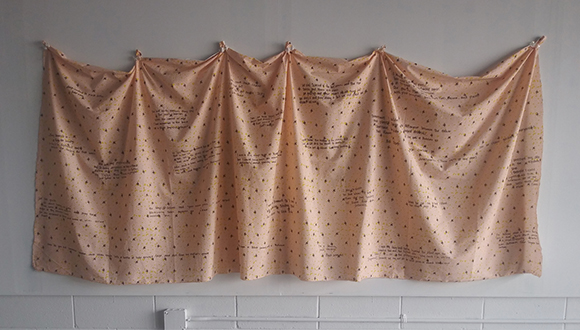 East is a self-published artist/author herself. (See her book of poetry, Melanated Magic.) About “The Ultimate Zine Party” East states, “…the art world sees [zines] as crafty, and the writing world doesn’t see them as professional as projects editors or with big publishers. The goal is to exhibit self-published and small books as an art form.”

“Originally from La Grange, Texas, East lived the majority of her life around her family (in particularly her grandmother) and in the rural areas of Fayette County, Texas. Recently, East was a graduate of the University of Mary Hardin-Baylor with a degree in Studio Arts where she studied abroad in Prague, Czech Republic and received the Austin-Burks Award for Most Outstanding Art Major.”

East’s work consists of mixed-media collage sculptures and zines that explore the complexities of Black Feminism through the Black Girl Magic Movement and Afro-futurism. She uses found objects to create some of her sculptures including, but not limited to, predominately black magazines, black hair products, synthetic hair, and black hair tools. She is inspired by the works of Black women such as Toni Morrison, Beyte Saar, Black beauticians, and the need for a deeper understanding of renewal within the Black femme community. East “uses a variety of culturally classed materials, found objects, and African-American Vernacular Phrases as tools for processing generational pain.”

East was recently part of “Of Texas” at Lease Agreement in Lubbock, which Natalie Hegert recently wrote about for Glasstire.