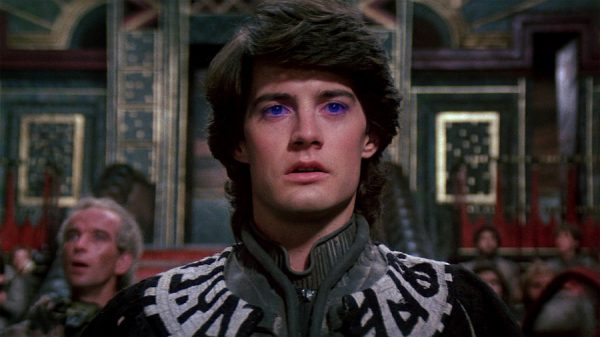 [Ed. note: This is the winning essay of the 2019 Glasstire Art Writing Prize.]

About two weeks ago, I overheard someone on her way to a class say to a friend, “I know — I’m so bad about watching movies.” She said this in a tone similar to how one may say, “I’m so bad about procrastinating,” or, “I’m so bad about taking out the trash.” She was kidding, but overhearing her got me thinking about how watching movies today feels like a kind of work, or a social expectation. I am able to — and maybe even ought to — feel shame that I haven’t seen the latest offering from the Marvel Universe, or the latest film to capitalize on nostalgia I’m supposed to have for the 1980s, a decade at the end of which I was barely toddling. Watching movies today is something I can, theoretically, be “bad” about.

Watching movies now doesn’t seem to take us out of our world and show us something new or different, but rather to populate the world we actually live in with a child’s fantasy of adult autonomy dressed up in funny pajamas. And we’re supposed to like this. Watching movies like this is work in the same way that learning a catechism is work, or fertilizing one’s lawn is work, or keeping up with the Joneses is work. It’s boring and repetitive but, we are convinced, somehow very important. After all, what else will we tweet about? I have enough work to do in “real life” as it is. I don’t need more from movies. Fortunate it is, then, that not all movies are drudgery masquerading as entertainment. Some, in fact, actively resist being any kind of “work.”

One of my favorite movies, and one that resists being any kind of work, is David Lynch’s Dune, released in 1984. All my friends hate it, as do the critics. But I love it. I love Dune’s scale and scope, I love the chutzpah of anyone taking on such an enormous project and, as Spinal Tap would say, turning it up “to eleven.” Dune offers nothing except the sheer pleasure of the experience of watching it. It has scant gritty moral dilemma, no “timely” nods to pop culture, no end-credit cameos from affable granddads. Dune is an opera. It’s big, showy, and over the top; it has all the trappings of a great — maybe even classic — movie, but those trappings are hung at funny angles, and the arias are a little shrill. 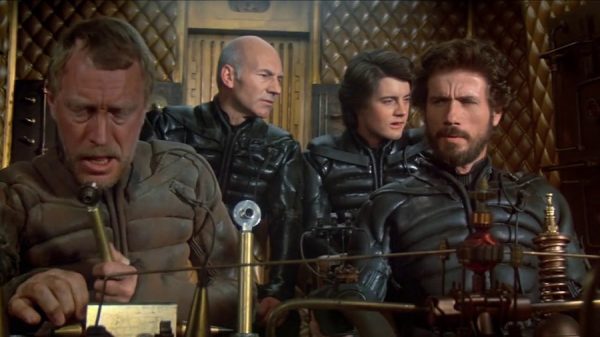 I love Dune, but I’m under no illusion that it’s a “good” movie. The story is disorganized and vague, with awkward voiceovers and quite a bit of telling rather than showing. The effects don’t hold up at all by today’s standards, but in a way I prefer that they don’t. The spaceships and flying vehicles are clearly small models. Outside shots of the city of Arrakeen on the desert planet are clearly models sitting in a sandbox. The ethereal blue eyes of the desert-dwelling Fremen don’t look “real” at all, with glowing blue smudges sometimes extending well beyond the actors’ eye sockets. The strange Guild Navigators and Kenneth McMillan’s evil Baron Harkonnen, the film’s main antagonist, are presented with a combination of body horror and camp that is unsettling, but also completely ridiculous. The romantic subplot — it’s part of the prophecy, you see — between Kyle MacLachlan’s Paul Atreides and Chani of the Fremen, portrayed by Sean Young, is saccharine to the point of daytime soap. At the end of the film, a baby-faced MacLachlan and an oiled-up, flexing Sting as Feyd-Rautha Harkonnen square off in a knife duel to the death that is intense, suspenseful, and terrifying, but also completely silly and awesome. Plus, Toto did the soundtrack. Bananas, this movie. 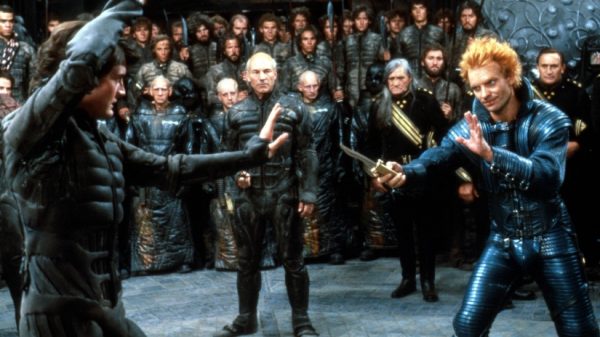 All of these things make Dune a bad movie, and these things are also what I love about it. Dune knows it’s a movie. It takes on a story far too big for itself, and it proceeds to do so in a way that, I would argue, doesn’t mean anything at all.

Dune is a flop, sure, but a flop that represents an effort at something beyond a formula, something beyond clearly coded Good Guys and Bad Guys we often see today, with their thin veneer of “grit” over what are, effectively, fairly trite moral claims or “spiritual” insights.

And though I know it’s a bad movie, I don’t feel the need to apologize for liking it. It’s a matter of (admittedly bad) taste, for which, as we all know, there is no accounting. On the other hand, a part of me feels like I need to apologize for not watching all of the Marvel movies leading up to 2019’s Avengers: Endgame. Look man, I’m in grad school.

I’m not much of a joiner by nature; I’m something of a contrarian and my pigheadedness is legendary in my family. Do I “protest too much” in declaring my love for this frankly crappy movie? Is there a Dune cult to join? And while contrarianism plays a role in my non-apology for loving Dune, my primary reason for defending this film stems from the fact that watching it is — again I emphasize — absolutely not work. 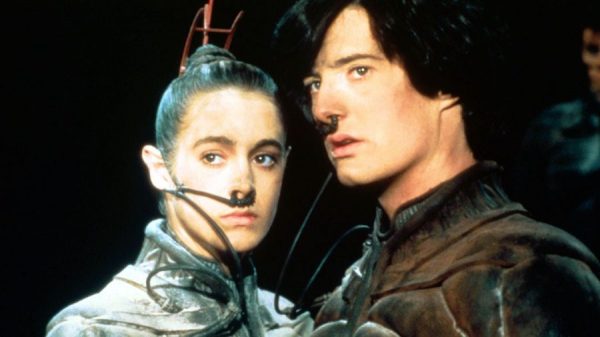 Dune is in no way didactic. It’s a melodrama — a story of inter-family intrigue, complete with assassinations, foiled plots, forbidden loves, prophecy, and, of course, interstellar politics and gigantic sandworms that characters ride across the desert. It’s not “about” anything. Intentionally or not, with this movie, Lynch is not “saying” anything. Dune, an outlier creation of its time, doesn’t bank on flash, quippy writing, A-listers, and franchise recognition to get butts in seats or clicks on streams. Dune is like a cigarette: bad for you and smelly, but it looks really cool despite how much people may protest, and it’s pointless. You gain nothing but enjoyment from a cigarette; it can’t be made “good for you.” I would argue the same thing is true of Dune. It doesn’t even give viewers helpful hints for a next installment in the franchise.

That Dune was a failed experiment has, in a sense, become part of its point. In order for watching movies to not feel like work, there has to exist the possibility of movies like Dune. Without taking the major risks that can lead to a complete flop, both aesthetically and financially, movies (and their makers) nowadays gravitate toward the “easy A”  — a compromised product that no one truly loves, but gives no one any reason to complain. This is the compromise that makes movies boring, and like work. 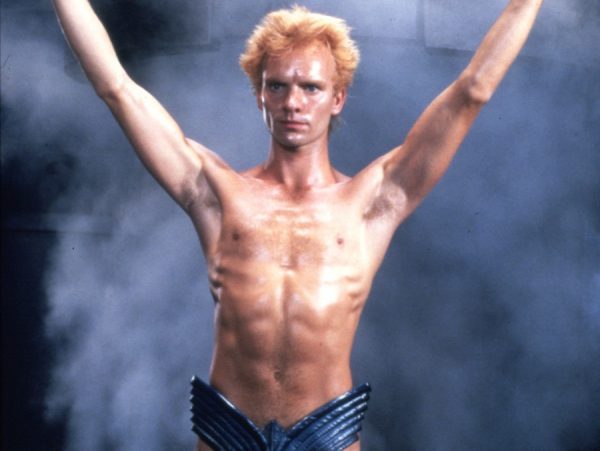 I’m not suggesting that all movies be like Dune. I’m not a masochist. I’m merely suggesting that the possibility be kept open for ambitious, earnestly successful flops like Dune, and, with that openness, the possibility of films that (once again) do new and  unexpected things, even if they sometimes do them badly. Dune is interesting. And though it may be a bad movie, watching it doesn’t feel like work.

The 2019 Glasstire Art Writing Prize has been generously sponsored by Laura and Walter Elcock; Lindsey and Patrick Collins; Elisabeth and Panos Karpidas; John and Lisa Runyon; and Eleanor Williams. 100% of the funds raised for the prize will go to North Texas writers in the coming year.

Congrats to Mathieu! This was the last thing I expected to read about on here. Having flashbacks to my dad watching this movie when I was younger.