Mathieu Debic is the 2019 Winner of the $2,500 Glasstire Art Writing Prize 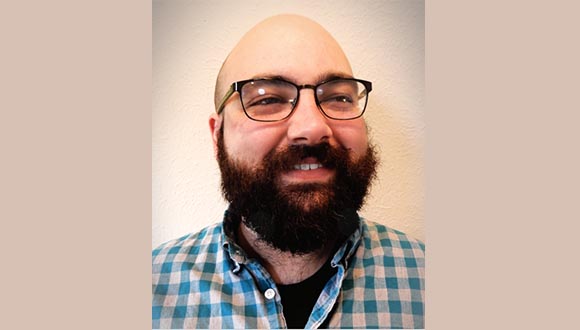 Mathieu Debic is the recipient of the 2019 Glasstire Art Writing Prize. His winning essay is titled Working at the Movies; Debic writes about his conflicted response to the 1984 cult classic movie Dune, based on the novel by Frank Herbert and directed by David Lynch. The $2,500 prize includes the winning essay being published on Glasstire, and a cocktail party in Debic’s honor this Thursday, November 7.

Reached via email, Debic responded to Glasstire about his win: “I am honored that the judges chose my submission for the contest! I appreciate Glasstire’s efforts to foster writing about visual art in Texas and I’m delighted to be a part of that effort. In a time of systematic defunding of humanities programs and growing cultural assumptions that art, since it isn’t ‘marketable,’ isn’t worth studying, it is crucial to do whatever we can to insist on the power of the arts to wrest the possibility of freedom from the grip of necessity.” He concluded: “I tend to be my own harshest critic when it comes to my writing, and this leads me to think I can relax a little bit! ” 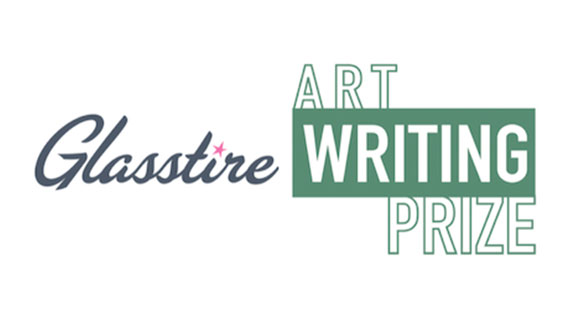 As announced earlier this summer in our open call, the Glasstire Art Writing Prize is a competitive award designed to find and highlight emerging arts writers in North Texas. It is open to senior undergraduate or graduate students at any university in the Dallas/Fort Worth area. Students from art history, journalism, studio arts, philosophy, and literary departments were encouraged to apply. Now in its second year, the Glasstire Art Writing Prize  plans to expand to San Antonio in 2020. (It will eventually be Texas-wide.)

Mathieu Debic is a writer and graduate student living in Dallas, where he is pursuing a PhD in the history of ideas at UT Dallas. Debic graduated from Southern Methodist University (Dallas) in 2017 with a Master of Liberal Studies degree. As part of his coursework, Mathieu took several courses in creative writing and literature, which culminated in a thesis on contemporary philosophy. Mathieu’s work has been published in a campus newspaper editorial section, a campus literary magazine, and a peer-reviewed academic press, including Confluence: the Journal of Graduate Liberal Studies. Debic lives with his wife, Megan; two cats, Georgia and Béla; and quite a few plants.

The 2019 Glasstire Art Writing Prize has been generously sponsored by Laura and Walter Elcock; Lindsey and Patrick Collins; Elisabeth and Panos Karpidas; John and Lisa Runyon; and Eleanor Williams. 100% of the funds raised for the prize will go to North Texas writers in the coming year.

Dear Glasstire,
I am grateful to you for promoting arts criticism and providing a monetary prize. I also wonder why the selection field is limited to North Texas? Surely there are good arts writers elsewhere in Texas?
In any case, thank you for starting the project.