Do the Right Thing: Mookie, Sal, and the Stories We Tell 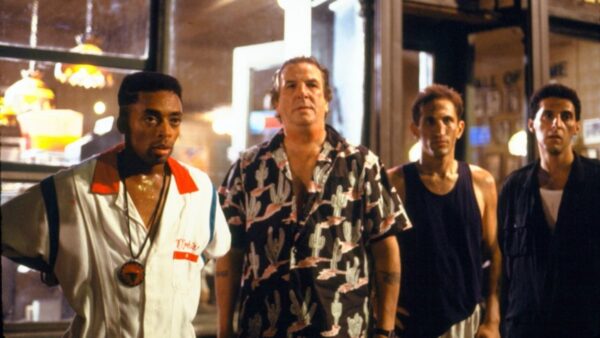 Recently, after yet another day of the unexplainable, of life in the third decade of the 2000s, I sat down for late-evening drinks with a friend, our pandemic masks peeled off to sip cocktails, our heads buzzing with bits and bytes from the day’s news cycle. She said to me, “What is going to happen?” And I could not answer. I could only think, Whoa.

And I remembered that I was in California when I saw it the first time. Spike Lee’s Do the Right Thing. It was 1989, the tail end of that quirky, hyper-conservative decade, with Reagan having done his thing for eight years, and the trickle-down economy still unrealized. Do the Right Thing became an instant social phenomenon — this hard-edged film that addressed our shared racial and political milieu with brutal honesty. There was the requisite media hype, the requisite predictions of violence in theaters, the requisite hand-wringing from cultural commentators. I remember entering the old Balboa Theater, in the Richmond district of San Francisco, with apprehension and excitement. And I remember leaving the theater in a state of awe, just thinking: Whoa.

Yes, it’s a searingly honest film, and yes, it does feel explosive. But it was and is so much more. The surprising softness and beauty of the film, the intimate moments between Rosie Perez and Spike Lee, the vibrant colors. And the music. Public Enemy had never sounded so good, but it was Bill Lee and Branford Marsalis who shook us, who made jazz feel so potent and prophetic.

Spike Lee is an auteur, and I still think Do the Right Thing is his magnum opus. It displays his power as a visual filmmaker, as well as his careful touch as a storyteller — one with a powerful understanding of what makes a great story. Do the Right Thing is one of the best examples that we have of a short story on film. Not a film adaptation of a short story, but instead a short story that uses filmed action, music, dialogue, and mise en scène as its medium. It’s not a “short story” because its narrative is squeezed into a tight time frame and setting (a 24-hour period on a hot summer day in Brooklyn). Rather, it taps into a kind of literary greatness because of its treatment of character.

A short story generally has room for only a few major characters, with finite time for character development, and so it has to pull out all the stops in a limited space. The characters must be memorable; they must be living, breathing, familiar in some way — and they must face choices. And those choices must have consequences. 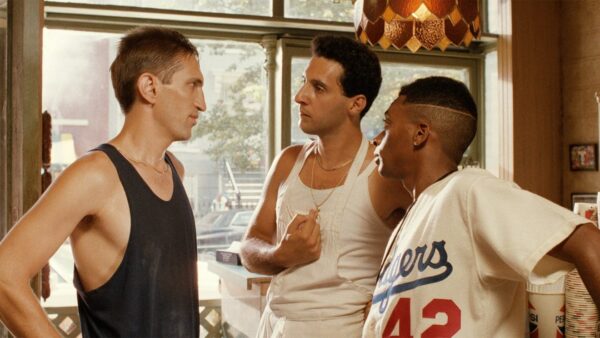 What strikes me most about characterization in Do the Right Thing is that Mookie (Spike Lee) and Sal (Danny Aiello), the film’s two most emotionally central characters, linger on the sidelines through much of the narrative. From the outset, with its oppressive heat, the day feels ripe for conflict — a match strike away from crisis. But Mookie and Sal remain noncommittal. Sal is a loudmouth, but unlike his son Pino (John Turturro), he’s more vague with his prejudices. He holds onto his past — his pizzeria, his spot in the neighborhood, his wall photos of famous Italian-Americans, even his children. His sons are grown men, but he treats them like teenagers. He’s racist, but it feels almost benign early in the film, as if the most important thing to him is that nothing changes. He’s a white, male, Reagan-era conservative. 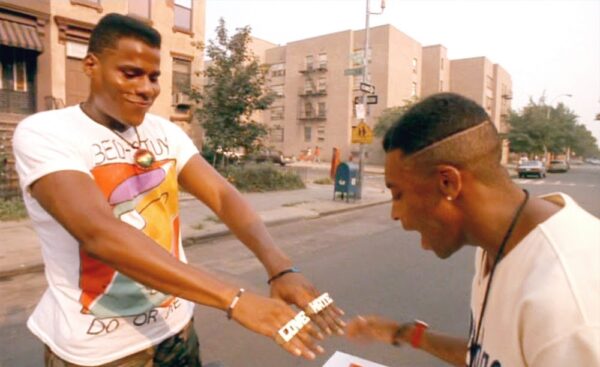 Goaded and insulted constantly by Pino, Mookie hardly reacts. Chided and rebuked by Tina (Rosie Perez), he barely assents. When his friend Buggin’ Out (Giancarlo Esposito) suggests that he “stop taking shit,” he brushes it away. Mookie remains friendly, passive — the laid-back pizza delivery guy who works out of Sal’s. His main goal is to get that next paycheck. 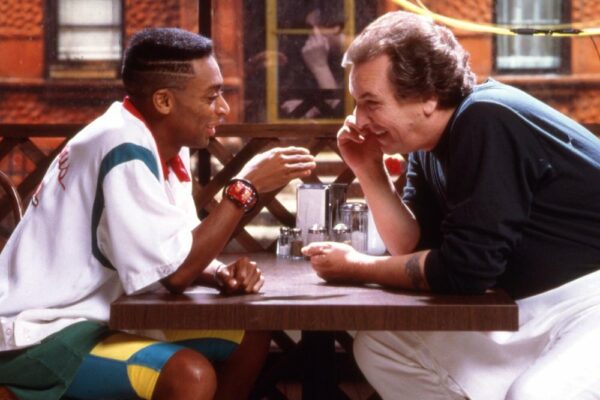 Lee’s treatment of both of these characters is striking, as is the empathy he engenders from the audience for both of them. Mookie’s scenes with people in the neighborhood, with Tina and with his sort-of friend Vito (Sal’s other son) are tender moments, carefully crafted to deliver identification and understanding. And Lee seems to want us to feel for Sal, too — the old man is doing his best to get by, to keep a family business afloat in uncertain times. We don’t blame either of them for being who they are, because we feel that they’re both doing their best during an increasingly tense struggle for dignity and autonomy.

And this dual empathy is key. Because eventually, Sal picks up that baseball bat, and Mookie raises that garbage can. Mookie smashes that window and Sal smashes that radio. Chaos ensues. In the heat of the moment, they become powerful characters who make powerful choices, and those choices have major consequences. The violence is stunning. By the end, Radio Raheem (Bill Nunn) is murdered by police, in a scene that’s all-too-familiar in real life. 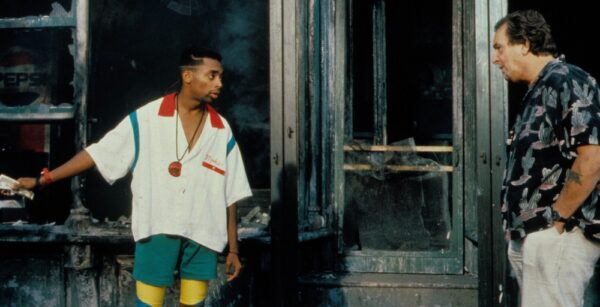 Sal and Mookie face off the next morning, and it feels unresolved. Which feels true; the profundity of racial and social conflict in this country offers no easy answers. But these stories are necessary. They direct a lens at reality in way that helps us all see each other more clearly.