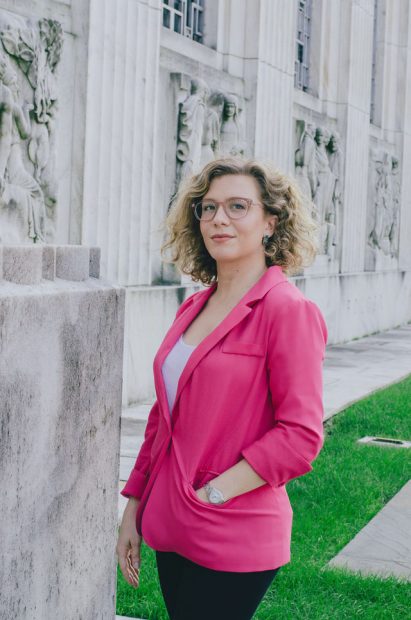 The San Antonio Museum of Art (SAMA) announced this week that it has hired Lucia Abramovich as its new Associate Curator of Latin American Art. Ms. Abramovich will replace Marion Oettinger, Jr., whose long term as the collection’s curator was interrupted by a five-year stint during which he served as director of the museum.

Over her career, Ms. Abramovich has spent time working in various institutions, including  the Smithsonian Institution’s National Museum of the American Indian, the Dumbarton Oaks Research Library and Collection of Harvard University, and the New Orleans Museum of Art, where she served as a curatorial fellow from 2013 to 2016. During this period, Ms. Abramovich worked with the institution’s collection of Spanish Colonial art and objects. She is expected to graduate in April of 2019 with a PhD from Tulane University, and will start her position at SAMA in June. One of Ms. Abramovich’s projects at SAMA will be a reinstallation of the institution’s large collection of Latin American folk art.

Ms. Abramovich commented on the impact she sees herself making at SAMA:

“Having grown up between Argentina and the United States in a Pan-American household, I developed a lifelong passion for Latin American art and culture. I am thrilled to begin working at the San Antonio Museum of Art, which itself brings together a range of cultures through art. The Museum has an exceptional reputation, one to which I look forward to contributing, bringing in my knowledge of Pre-Columbian art, colonial Latin American, and Folk Art. I am excited about exploring how these objects can help us to better understand the lives of different peoples, past and present.”

A little about the Latin American Art collection Ms. Abramovich will be in charge of, via SAMA: