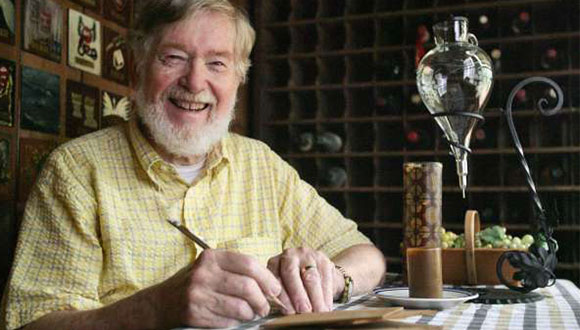 Celebrated Houston artist Henri Gadbois passed away last Saturday at the age of 87. A graduate of Lamar High School, Gadbois studied at the University of Houston and later worked as a registrar and business manager at the Museum of Fine Arts, Houston. He briefly served as an instructor at the MFAH School (now the Glassel School), and went on to teach in the Houston Independent School District for more than 30 years. 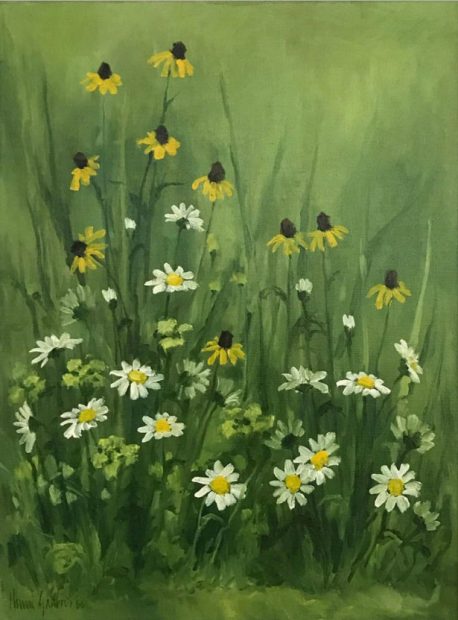 Gadbois married fellow artist Leila McConnell in 1956, and together the pair were founding members of what became a robust art scene in Houston. Both Gadbois and McConnell showed at DuBose Gallery in Houston in the 1960s, a space that pioneered post-war and contemporary art in city. Throughout his career, Gadbois created paintings — many landscapes and still lifes — that reflected his travels and his home.

In 1988, Gadbois began making hyperrealistic food sculptures for displays at the MFAH’s Bayou Bend, which led to him founding his company Faux Foods in 1995. Slip-cast and painted with acrylics, these museum-safe pieces reinvigorated Gadbois’ practice, which helped him become known for his craftsmanship. 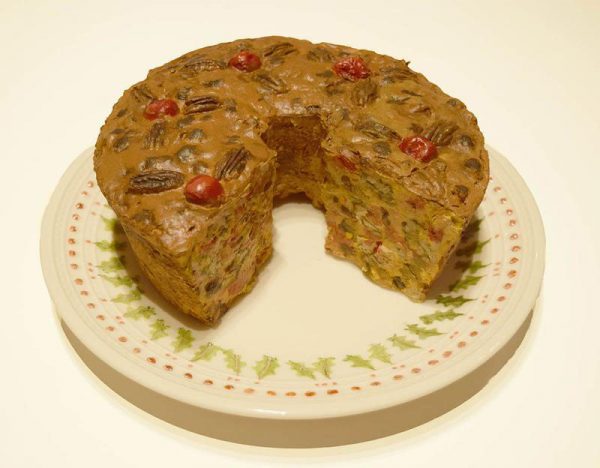 Though Gadbois is an old-guard Houston artist, in the past few years the city has seen a renewed appreciation of his work. He was involved in multiple exhibitions at William Reaves | Sarah Foltz Fine Art, and was included in shows exploring Texas Modernism in Houston at One Allen Center and the Heritage Society, and the Grace Museum in Abilene. Currently, thanks to the work of Houston Early Texas Art Group (HETAG), paintings by Gadbois are featured in the exhibitions South and North of the Border at the Heritage Society and the Houston Public Library’s Julia Ideson Building. 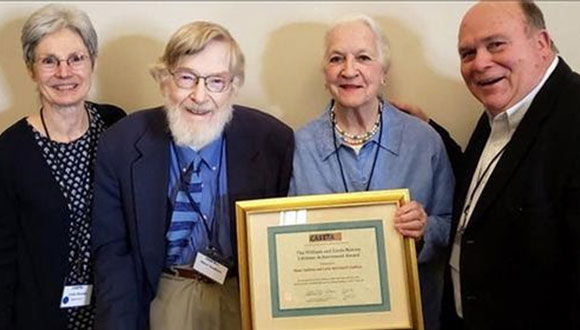 Left to right: Linda Reaves, Henri Gadbois, Leila McConnell, and Bill Reaves at CASETA 2018, where Henri and Leila were honored with the William and Linda Reaves Lifetime Achievement Award.

Gadbois and McConnell were honored earlier this year at the 2018 CASETA Symposium with the William and Linda Reaves Lifetime Achievement Award.

In an email, William Reaves | Sarah Foltz Fine Art commented on the gallery’s relationship with Gadbois:

“It is with great sadness that we write to inform of the passing of Henri Gadbois, one of Houston’s Founding Modernists… . We will miss Henri for his warmth, sense of humor, and his unwavering support of the gallery, but mostly we will miss the talent that he shared with us. His love of art in all its forms was contagious, and his ability to share that with us was unparalleled.”

Gadbois is survived by McConnell, along with his son and daughter, David Gadbois and Laura Gadbois, and three grandsons. William Reaves | Sarah Foltz Fine Art will host a reception honoring Gadbois on October 20, from 3-5PM.

Read more about Henri Gadbois in Molly Glentzer’s article on him October 15, 2018 in the Houston Chronicle.

I remember Henri, Charles Schorre, Leila, David Addickes, and that core of Modernists from my early days of working at the Ben DuBose Gallery in the late 60’s straight from my undergraduate days at the Corcoran School of Art. I remember Henri as being one of the kindest to this young east coast abstract painter feeling a bit lost on returning to Houston’s traditional art audience. Happy to learn David has created a legacy to those days and farewell dear Henri.