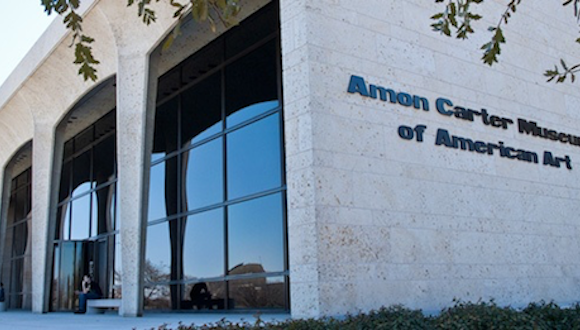 Today, Fort Worth’s Amon Carter Museum of American Art announced a building enhancement project that will begin in October 2018. It has already started the construction of a new climate-controlled storage vault for the safe storage of the museum’s famed photography collection. But the public-facing renovations will begin this fall in the museum’s upstairs galleries and areas of the original 1961 Philip Johnson (1906–2005) building, to be completed in summer of 2019. Also, enhancements to make the museum more accessible through improved access points on the plaza will begin in spring of 2019.

The original Amon Carter Museum is a notable example of the international style. Johnson created a simple, elegant design that combined the warmth and richness of bronze with the creamy, intricately patterned surface of native Texas shellstone. 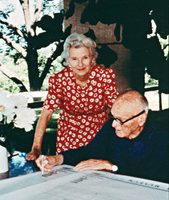 Although Amon G. Carter, a Fort Worth publisher and philanthropist, and Philip Johnson, a famed New York architect, never met, their visions combined to create the museum now celebrated for its collection of American art.

Amon G. Carter Sr., a legendary figure in Texas history, was for most of his life Fort Worth’s leading citizen and champion. Mr. Carter’s will provided for the establishment of a museum in Fort Worth devoted to American art. “As a youth, I was denied the advantages which go with the possession of money,” he stated in the will. “I am endeavoring to give to those who have not had such advantages, but who aspire to the higher and finer attributes of life, those opportunities which were denied to me.” Without the dedication of Mr. Carter and his family, the Amon Carter would not have become the leading cultural institution it is today.

1998, the Amon Carter’s trustees announced plans to expand the museum to provide three times the existing space for the display of art. Philip Johnson would again spearhead the design, making the building, as a whole, a singular example of his work, a project he called “the building of my career.” With its overall size increased by nearly 50,000 square feet, the museum reopened to the public on October 21, 2001.

After the upcoming renovations, the Amon Carter should remain, as the website also states, “a fitting tribute to Amon G. Carter himself and to his vision of a great museum for the city ‘where the West begins.’”