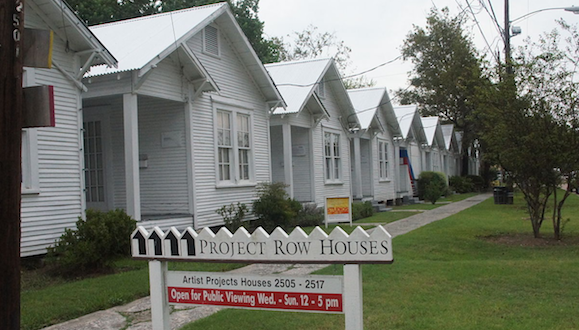 The Andy Warhol Foundation for the Visual Arts has announced that it will award $3.6 million to forty-two cultural organizations as part of its spring 2018 grant cycle, reports Artforum. Among the grantees are three Texas arts organizations.

The Warhol Foundation has been a friend to Texas and the South many times, most notably when it came through immediately with emergency funds after Hurricanes Katrina and Rita, working with local organizations to give grants to museums, art spaces, and individual artists affected by the storms.

According to the Foundation’s web site, its program director said “that in the immediate aftermath of the hurricanes the foundation undertook an extensive evaluation to determine how best to respond to the needs of the arts community in the devastated areas. As a result of this assessment, it became clear that grants should be made after the immediate shock and chaos subsided and at least some semblance of the area’s infrastructures were re-established. In addition, it was determined that priority should be given to at least two categories of arts organizations: arts institutions that were recovering and rebuilding, and organizations that would provide direct support to artists facing the loss of work, studios, equipment, etc.”

That sounds like a foundation that gives serious thought to how its funds are best dispersed. For more on the Andy Warhol Foundation for the Visual Arts, go here. To catch up on what these Texas art organizations are doing, go to Artpace, Row Houses, and The Contemporary Austin.