Christian Marclay to Return to S.A. with Difficult Video 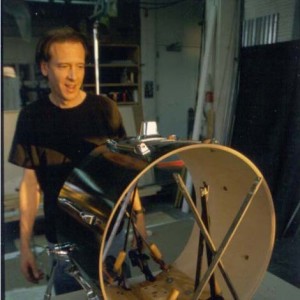 Among the works created during his Winter 1999 Artpace residency, artist/composer Christian Marclay made a piece called Guitar Drag, but decided not to show the work in Texas due to its sensitive content. The piece was inspired by the then-recent, horrific murder of James Byrd Jr., an African-American who was murdered in Jasper, Texas by three men by dragging him for three miles behind a pick-up truck along an asphalt road.

At the time, the piece may have indeed been too sensitive for Texans (not to speak of Byrd’s family), but is certainly relevant to this past year’s controversial deaths of black men caught on camera throughout the nation, and the ensuing protests. So, Marclay will return to San Antonio to give a free lecture at Trinity University on May 27 at 6:30pm. Artpace will present the Texas premiere of Guitar Drag on May 28.

Marclay, whose work explores connections between sound, noise, photography, video, and film, is perhaps best known for The Clock (2010), which won the Venice Biennale’s Golden Lion award, and Telephones (1995), as well as his work with Sonic Youth. Although Guitar Drag (2000) is often referred to as an installation, here is the YouTube version:

A Greeting Across the Seas: Fall Exhibitions at...