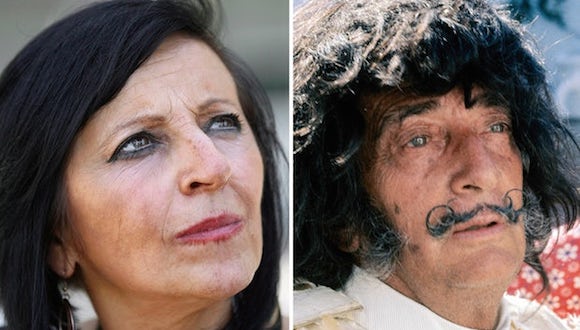 Earlier today, a court in Madrid ordered that Spanish artist Salvador Dalí’s remains be exhumed to settle a paternity claim made by a woman born in 1956. The woman, Pilar Abel Martínez, has been trying to prove Dalí was her father since 2007—Dalí and his wife, Gala Dalí, were married from 1934 to 1982 and had no children. Martínez says that her mother told her she “maintained a secret relationship with the painter in Port Lligat in northeastern Spain, close to the border with France, where she was working as a maid for a family who would spend part of the year in that town,” reports CNN.

In response to the court’s ruling, the The Dalí Foundation said in a statement that they are “preparing an appeal to oppose this exhumation that will be lodged in the coming days.” The Guardian reports that after Martínez’s mother made comments that she might be Dalí’s daughter, Martínez took a DNA test in 2007 using hair and skin samples she “obtained from a death mask of the painter,” but these results were inconclusive. Martínez later took another test, using medical samples that had belonged to Dalí, but says she never received the test’s results. Dalí’s close friend and official biographer Robert Descharnes claimed, however, that the results of this second test were negative by telling a Spanish news agency “there is no relationship between this woman and Salvador Dalí.”

Salvador Dalí is NOT the Father!

Dali’s New Catalogue and the Wines to Drink...