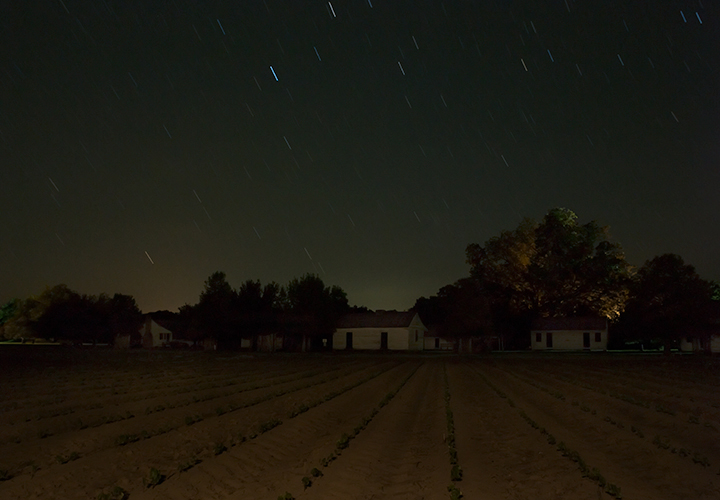 Three and half years ago, the Dallas-based Michna-Bales began photographing sites in Louisiana, Mississippi, Alabama, Tennessee, Kentucky, Indiana, Michigan and Ontario, Canada, where freedom seekers took refuge or passed through. She has spent ten years extensively researching slave narratives, history books, period newspapers and many other sources, and she maintained a full-time job in advertising during the time she spent tracking down and photographing the rare remaining visual records of the Railroad.

Punctuated with the memory and history of what transpired at these locations, these hauntingly beautiful images often contradict the trauma that took place there. Thus the photographs are charged—evoking trauma, loss and conflict—while subtly revealing hidden histories. 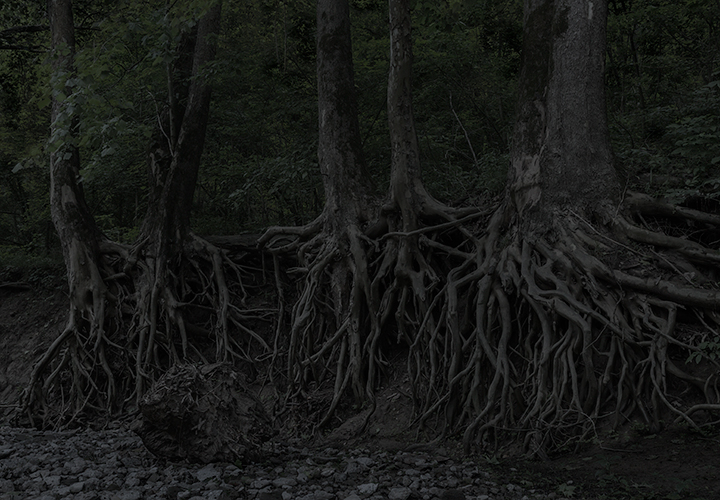 The highly awaited and nationally cited photography book of the series will be released to the public February 28, but Michna-Bales will be signing advance copies of the book at the artist reception for her exhibition at Photographs Do Not Bend on Saturday, February 18.

Colette Copeland: Rather than recording a static or decisive moment, your photographs refer to the passage of time. How does the landscape function as a way of engaging with history?

Jeanine Michna-Bales: Most of the time, we learn about history in a classroom with books. But history surrounds us out in the real world. Actual locations and sites could tell so many stories if they could only speak. These pictures are an attempt at giving those landscapes and the people who inhabited them years ago a voice. To let them tell the events that happened there. I chose to show the areas at night because that is when most freedom-seekers moved on their quest for freedom. The color and the sereneness of the photos is meant to draw people in and help them imagine what the long road to freedom may have looked like through the eyes of one individual. 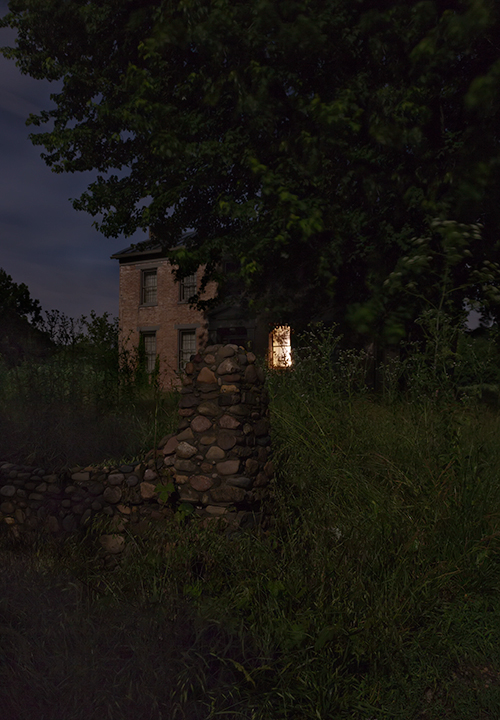 Friend or Foe? Station Just Outside of Metamora, Indiana

CC: This project required extensive research prior to the three and half years spent traveling and shooting the locations. How do you navigate between presenting an accurate history and creating a compelling narrative, as well as your shifting role between historian/archivist and artist/photographer?

JMB: As for navigating between historian and archivist, I felt that straight documentary didn’t convey the feelings or the fear that would have been involved in a journey to freedom. I was also piecing together a possible route that a person could have taken. But, due to the secrecy of the Underground Railroad, I don’t think we will ever have a detailed route that one person followed from each location to the next from beginning to end. I did take timing and geography into account.

So, I made sure all of the locations that I was showing were operating in and around the same time. I found documentation that specific groups of people were working together and used those links to find additional locations. Oftentimes, I would find locations and the structures, houses, school, etc. would have been torn down or updated and they wouldn’t show what they could have looked like all those years ago. I would decide to show surrounding terrain that they had to cross to get to these sites. I did want the entire project to be viewed as “through the eyes of one individual”—a visual first-person narrative. I want people to be able to step into the images and feel that they are doubled over and out of breath from running from bloodhounds, in say ‘Catching a Breath.’ Or would it be safe to approach a house in ‘Friend or Foe?’ Because pro-slavery and anti-slavery citizens were living side-by-side in many communities. I think the narrative defined the images that I was compelled to capture. 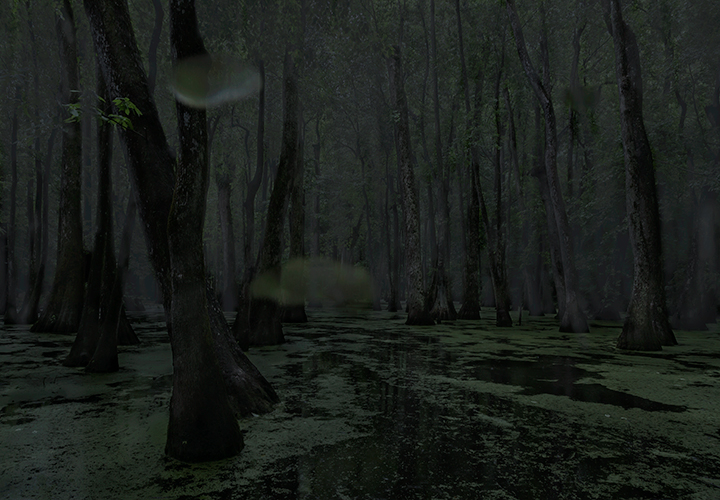 CC: Although the photographs are devoid of human presence, your body was present as you as you retraced the steps of former slaves’ escape routes in what I define as a performative journey. You traveled in very remote areas at night. What was your experience in embodying your historical characters as a witness to their journeys?

JMB: I feel the photographs are the story here. I ultimately incorporated some of the quotes that I found through this research in the telling of the story. A lot of it was emotionally heavy and I had to take periodic breaks from reading it. So, by the time I stepped into these locations, I had various scenes running through my head. Some locations more than others, I had a distinct feeling while being there. Especially on the plantations in the South. 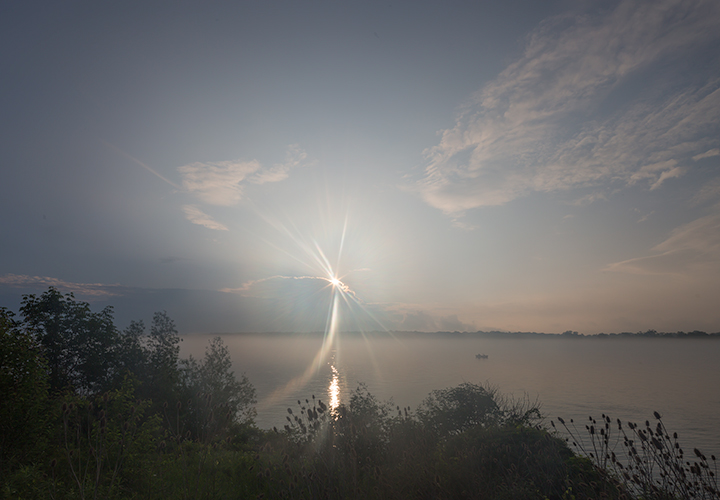 CC: At its best, documentary photography can create an environment for viewers to engage in empathic vision, critical discourse and acts of remembrance. What do you hope your viewers will glean from your work?

JMB: The history of the Underground Railroad is a shared history by all of us. It was America’s first civil rights movement, where people of different races, genders, religions, and socio-economic classes worked together to end the social injustice of slavery. If we can view our current society and our collective future through this shared history, I hope we can all see that it is possible to accomplish great feats when we work together. I also feel that a lot of this shared history has been overlooked. I hope that the series opens up a dialogue on these topics, gets people talking and thinking and speaking. Yes, we are different. However, we are all human.

“Big Bend” by Jack Ridley at Photographs Do...

Enjoyed the interview and certainly look forward to the exhibit. You might want to amend your statement: “… or that there was an actual working railroad.” There was no literal railroad in tunnels. Colson Whitehead used his childhood image of subway tunnels based on when he first heard about the underground railroad: http://www.npr.org/2016/08/08/489168232/colson-whiteheads-underground-railroad-is-a-literal-train-to-freedom

There was no actual railroad – it was an invention of Colson Whitehead’s imagination.

Thank you for reading, your comments and bringing the link to my attention. I’ve asked the editor to amend the statement.

Thanks so much for the interview Colette. I see that you have already gotten a few comments about Colson Whitehead’s book and the fact that it is a fictional narrative depicting the Underground Railroad as an actual railroad. The images in the series, “Through Darkness to Light: Seeking Freedom on the Underground Railroad” on display at PDNB Gallery through April 15th are actually based off of extensive research are actual sites, locations and areas that freedom-seekers passed through on their way to freedom.