“Big Bend” by Jack Ridley at Photographs Do Not Bend 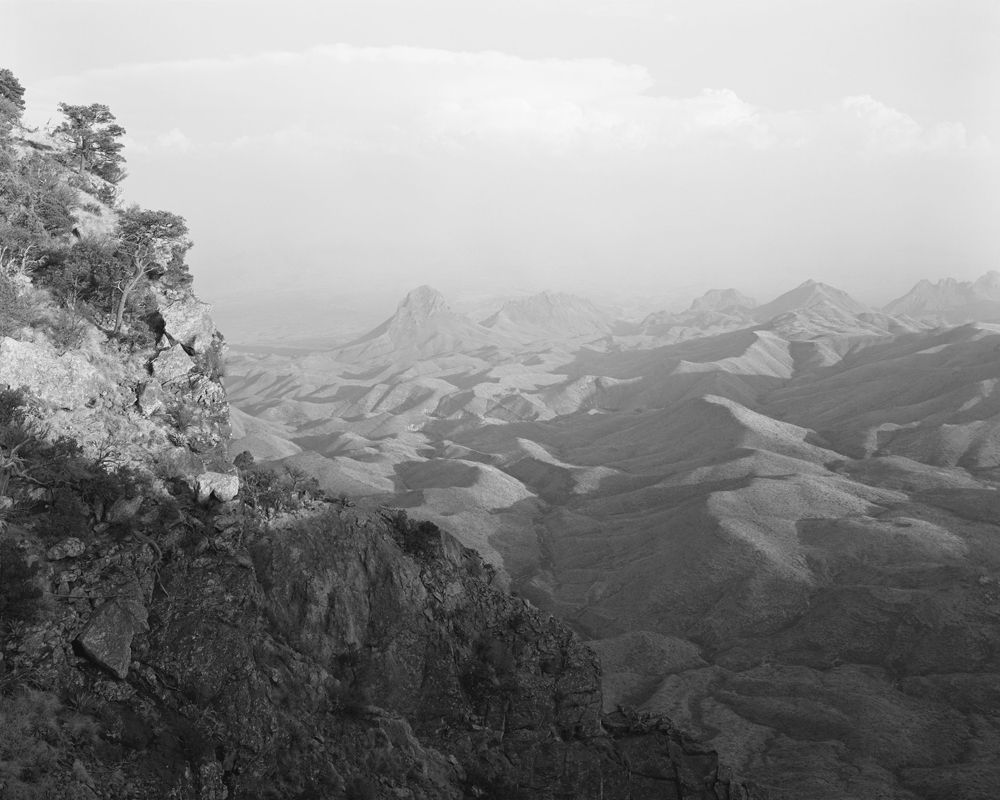 In the not so distant past, being a photographer required more skills than being able to point and shoot. Beginning in the early 19th century, portrait photographers grappled with metal plates and chemicals and landscape photographers doggedly lugged cumbersome 8 x 10 bellowed cameras, lenses, and tripods into uncharted terrain to capture nature’s most spectacular vistas.

Today, the point and shoot crowd rules by a long shot, but there are still plenty of hard-core loyalists who are committed to the time-honored tradition of large format black and white landscape photography.  Jack Ridley is one of them and he does it exceptionally well, as evidenced in his solo exhibition “Big Bend” at Photographs Do Not Bend through September 1. 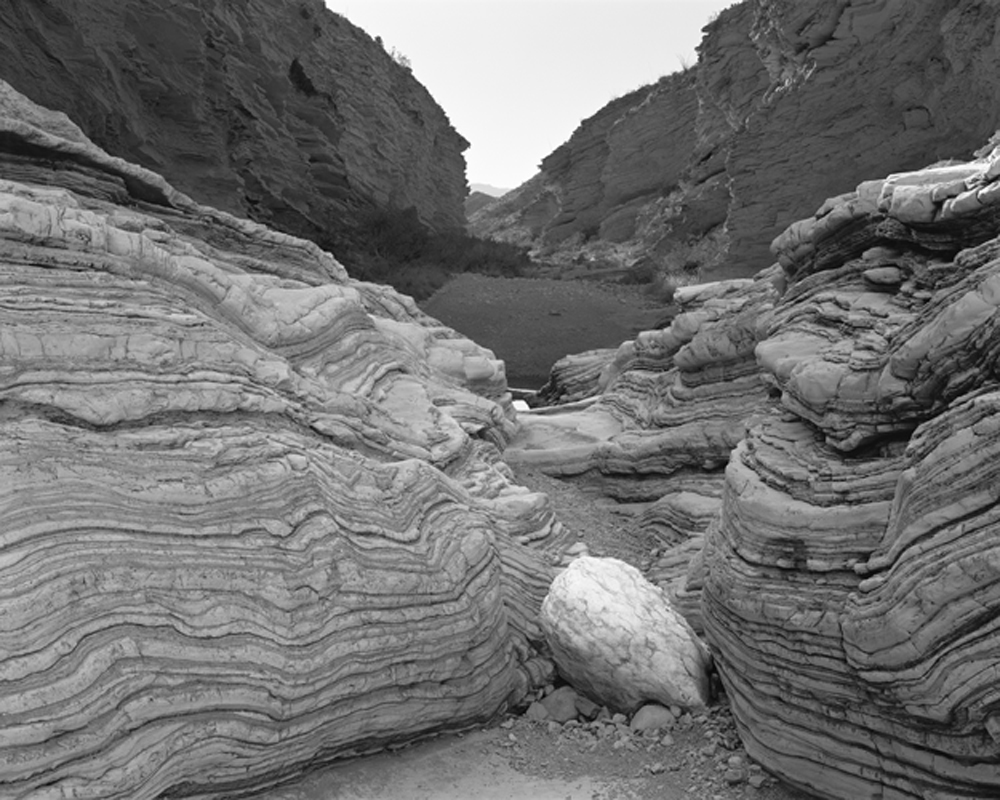 “We were enamored with Jack’s images and thought it was time to show pure Texas landscape at our gallery,” according to Photographs Do Not Bend’s Missy Finger. “Jack’s passion and knowledge of Big Bend is beautifully represented in his photographs.”

Jack’s love affair with the desert goes back to his childhood days at Edwards Air Force Base where his father was a renowned groundbreaking test pilot and engineer. “The only trees I ever knew were Joshua trees,” admits Jack.

In 1957, Jack moved to Fort Worth where I met him in Mrs. Humphrey’s fourth grade class. He got his first camera, a 35mm Minolta, as a gift from his aunt on his 21st birthday. That’s about the same time he caught the Big Bend bug. 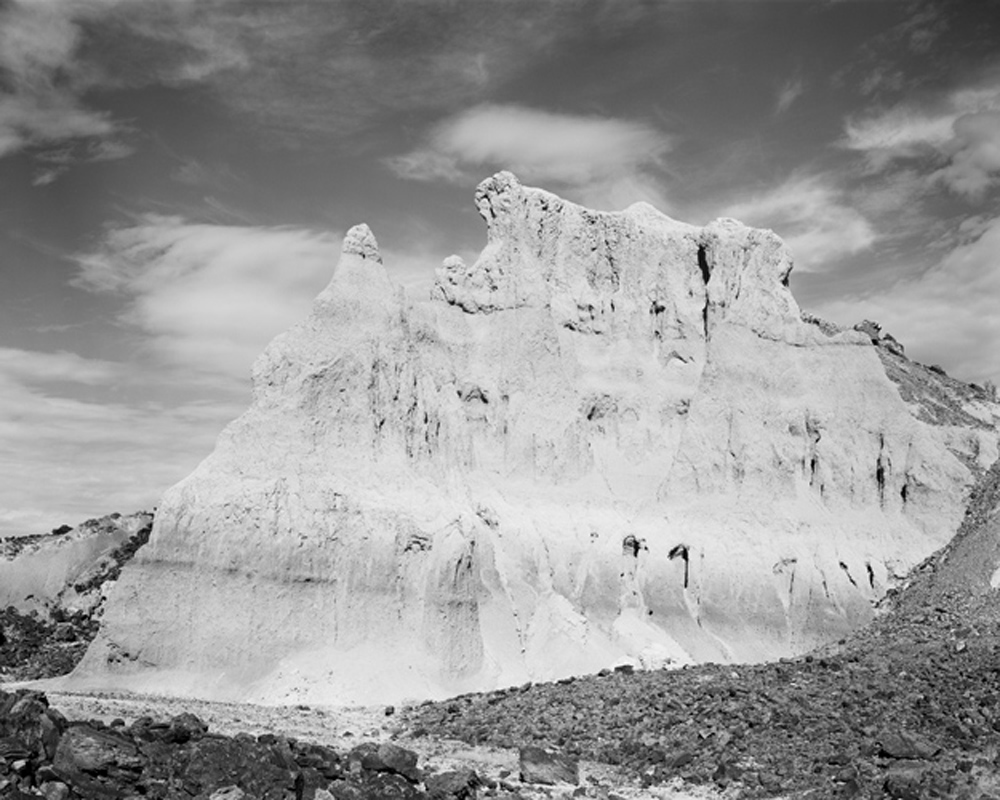 For the last forty years, he’s made the trek west, usually traveling solo with seventy pounds of old school gear and plenty of water. Sleeping under the stars far off the beaten trail is Jack’s idea of heaven.

“I spend most of my days looking for the shot,” he explains. “I might take forty shots in a whole week and out of those I’m happy if there are seven good ones.”

He chuckles when he tells a story about running into a photographer in the park who boasted of having taken 1,000 shots that day. Jack had taken eight. 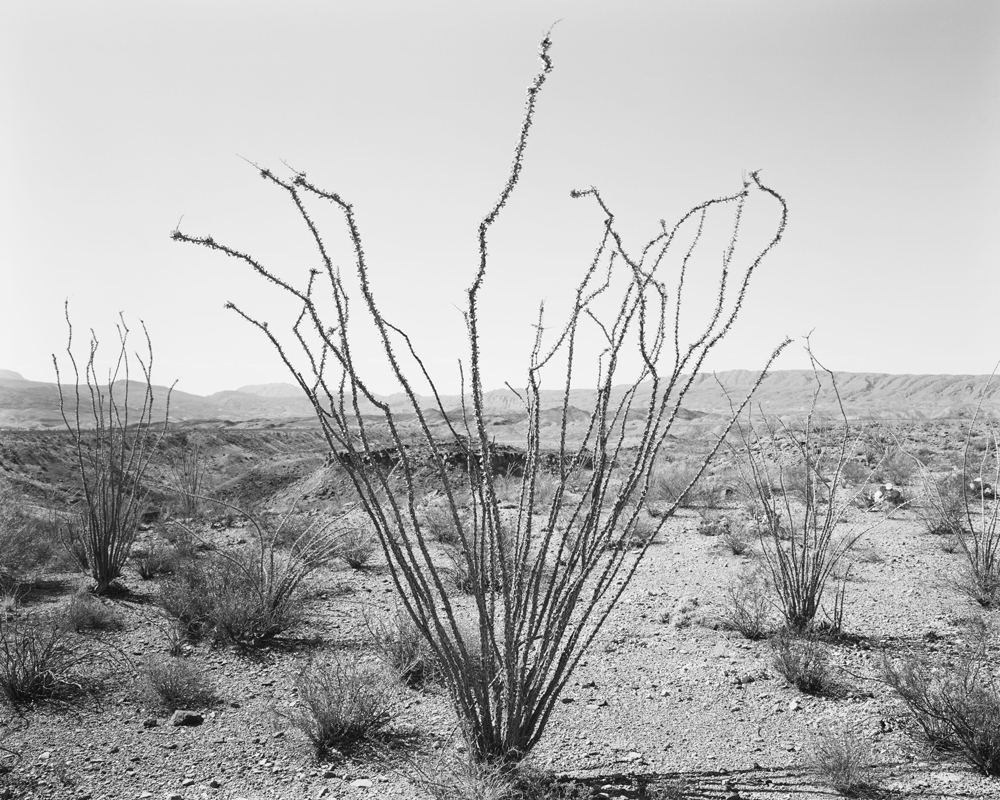 Drive-by shooter he is not. Jack still depends on a hand held light meter and four fixed focal length lenses, no zoom lenses whatsoever. He doesn’t bracket his shots or shoot alternate frames. Framing in the field is paramount, because he doesn’t believe in cropping.

Jack enjoys revisiting his favorite spots and responding to them with fresh eyes each time. Recently, he began a new series of photographing at high noon, a big no-no in traditional landscape photography. “When the sun is directly above, there are no shadows; it flattens everything out and makes it really stark, like the desert really is.” 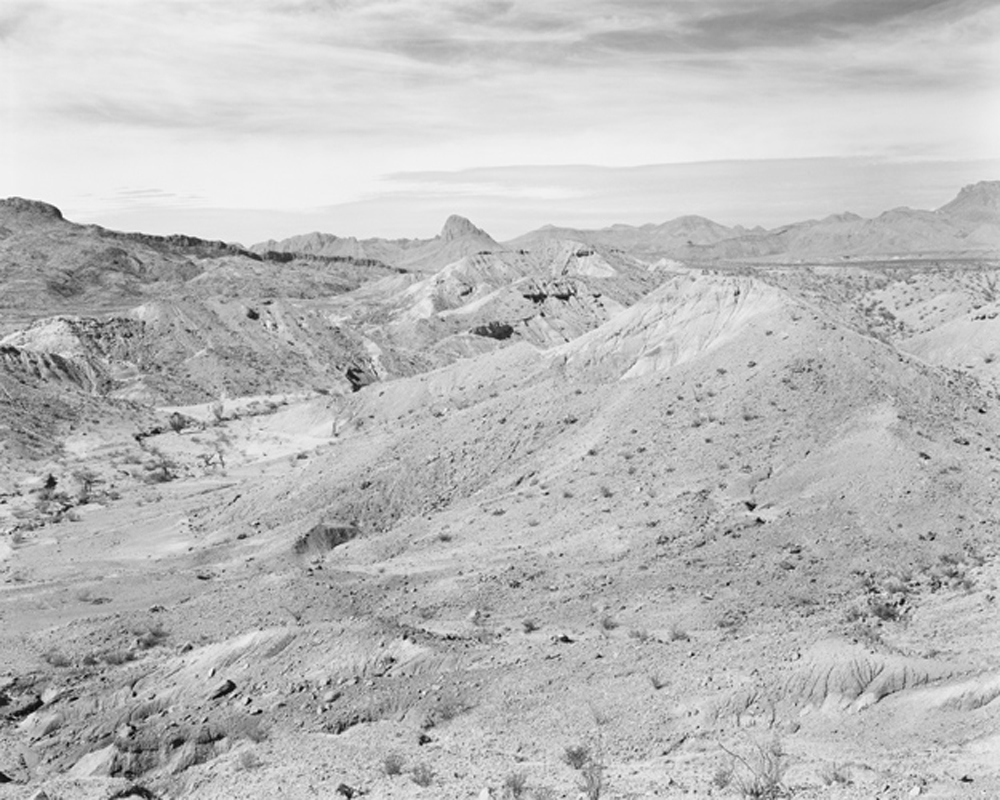 Purist, yes, but he’s not exactly a staunch f-64er either. Once he develops the film, he fully embraces the digital world. Jack knows well this end of photography because he spent most of his career as a commercial photographer and then as a sales rep for a national photographic equipment company.

“I finally gave up the darkroom because I wanted to see my family more,” he says. “Now when I prep and print I’m still within earshot of them.”

As skilled as he is with the digital end of photography, Jack uses it judiciously. He points out how hard it is to keep 8 x 10 negatives clean. “In the old days, every time I went to make a new print, I had to individually re-touch each one because those big format negatives are impossible to keep clean.” Now, he takes care of it once and for all in Photoshop.

A twinge of panic ran through Jack’s veins when Kodak recently announced they were no longer going to make 8 x 10 Tri-X sheet film, Jack’s stock in trade. “But, I bought 500 sheets of it, so that should hold me for a couple years.” 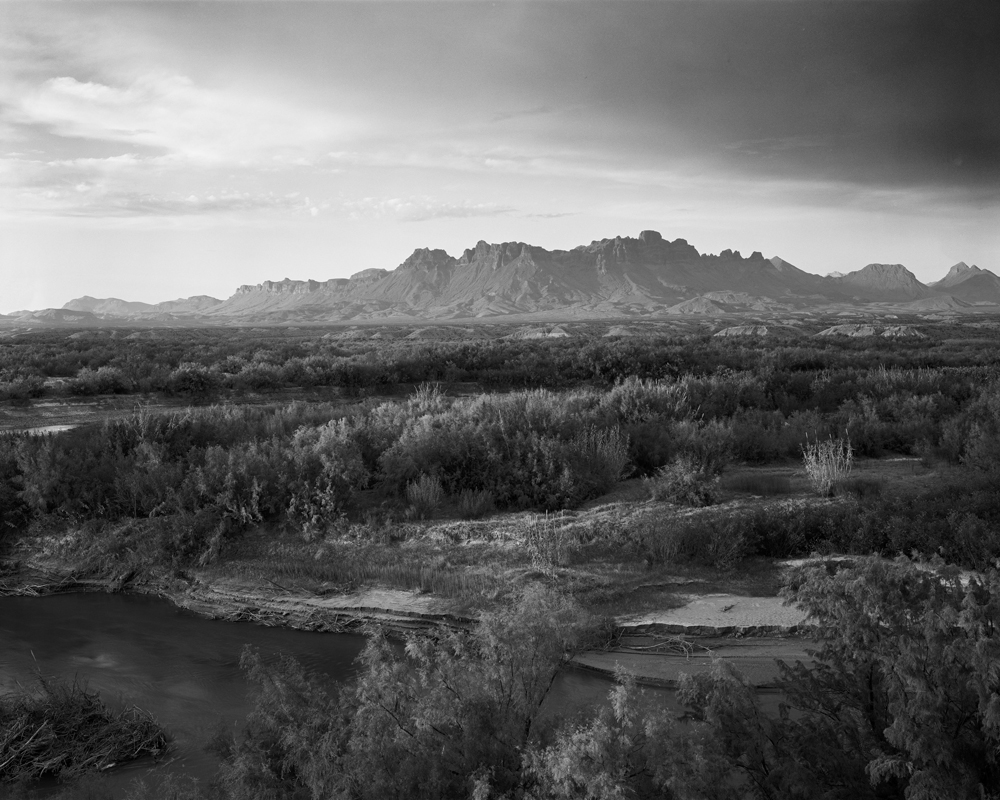 You don’t have to be a Big Bend fanatic to appreciate the powerful beauty of Jack’s stunning images. But, if Big Bend’s your thing, you’ll enjoy them even more because you’re likely to see parts of the park that most people never get to.

Also, on view at Photographs Do Not Bend through September 1 is “From Moscow, With Love”, featuring the captivating and sometimes amusing work of seven contemporary photographers from Russia, the Ukraine and Belarus, several of whom have never exhibited in the United States.

I live in Texas but just saw a different side in these photos! I liked what I read &I’m saw. Very derp, clean cut &I’m old school style!