Dorothy Hood: The Color of Being / El Color de Ser 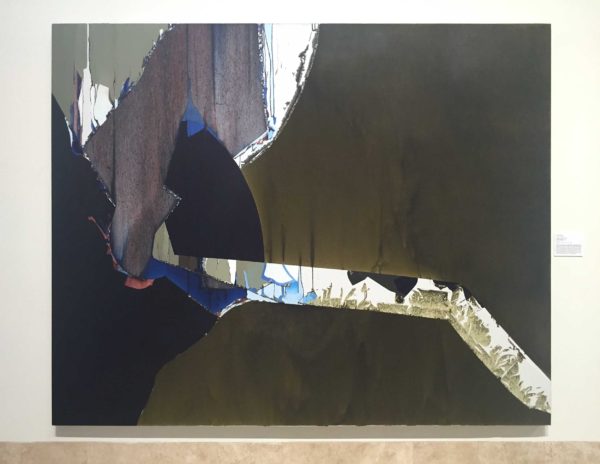 To begin to understand how grossly overlooked the artist Dorothy Hood has been, you have to see the late artist’s paintings in person. There is no substitute for standing in front of her work.

This means a couple of things. First, you need to travel to Corpus Christi, and soon, to see her massive retrospective on view at the Art Museum of South Texas. The show closes January 8th. Don’t miss it—it’s not traveling to any other venue.

Second, you need to excise from yourself any received wisdom or inherited assumptions about relatively recent art history, and who its major players are. There is no Motherwell, no Kline, no Still, no Olitski, even no Rothko to compare with Hood’s greatest works. Don’t think about what those artists sell for, or the hushed, respectful tones used when speaking of them. Think instead about the fact that many of the masterpieces in this exhibition are in the permanent collections of major museums, yet are virtually never on view. This is your chance. 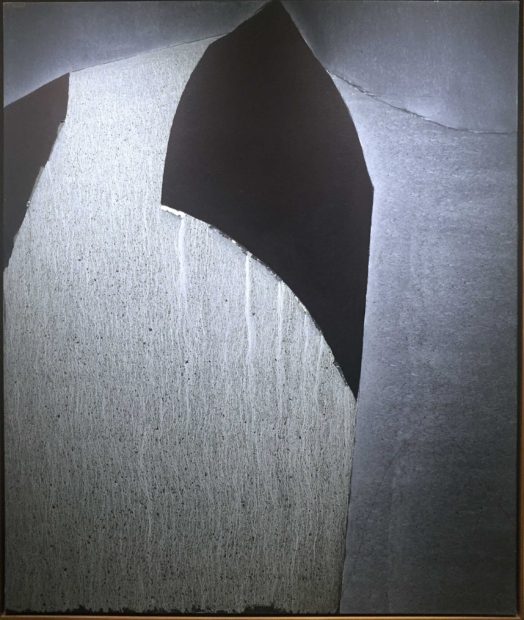 Because whatever you may have heard otherwise, Dorothy Hood was not a Texas painter—at least not in any pejorative sense. Despite the fact that few people outside of Houston have even heard of her, there is no question that Hood is one of the greatest 20th century American painters. That she continues in relative obscurity as some sort of minor league player has to do with reasons of geography and gender, not with the art.

Ultimately, the reason you’ve never heard of her is the same reason for her greatness: she did not do what she was supposed to do, from the life she lived to the work she made. Raised in a comfortable (but not ultra-wealthy) Houston family and groomed to marry well, she left that life behind, moving briefly to New York and then to Mexico, where she lived for more than two decades before returning to Houston. That she would never live in New York again doomed her chances of material success and recognition, which must have been a painful concession. But I have to wonder whether at some level she was one of those people with the kind of deeply knowledgeable, gracious, self-aware intellectualism of a William Faulkner, a person who knows in their bones who they are, and where they belong, and have nothing to prove beyond that. 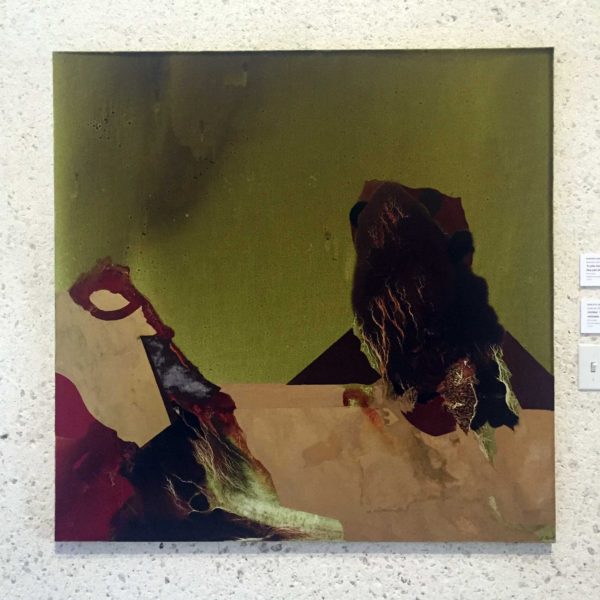 Those who knew her say that Hood in person was stately and dignified. She commanded respect, particularly among a younger generation of Houston artists who viewed her as a grande dame, an artist whose mastery was something to aspire to.

And it’s not a coincidence that her most ambitious work, the large-scale abstract paintings she is best known for, were made in Houston, where physical and psychological space were plentiful in the 1960s, 70s and 80s. 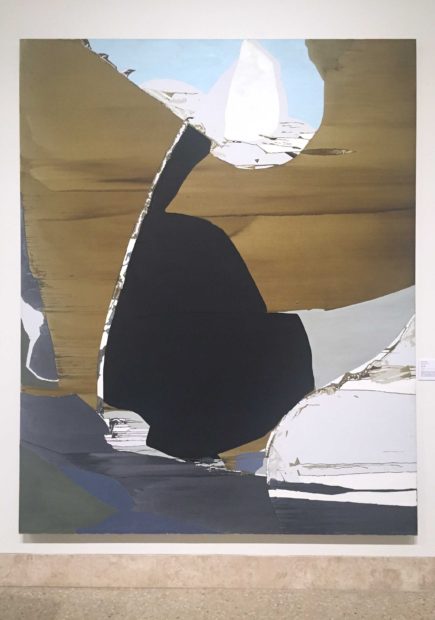 Language fails talking about abstraction. It’s supposed to. Abstract painting, particularly as it was practiced in Dorothy Hood’s time (i.e. when it really meant something), was purposefully an end-game. Attempts to read meaning into it often come off as hippy-dippy or intellectually strained. And so it sounds insufficient somehow to say that Hood’s mature paintings are breathtakingly good, but they are breathtakingly good. Again, you must see them to appreciate them, and to see the joy with which Hood expertly played around with techniques—how she kicked off an expanse of a thin wash with a dense area where she left the traces of the tape marks intact, or pooled paint thickly on the surface to let it crackle later, or pressed paint directly onto the canvas (a favorite technique that you see repeated in her work throughout the decades). Like all great artists, her work is unmistakably hers, and like all great painters working at this scale, she offers you the pleasure of the sublime. 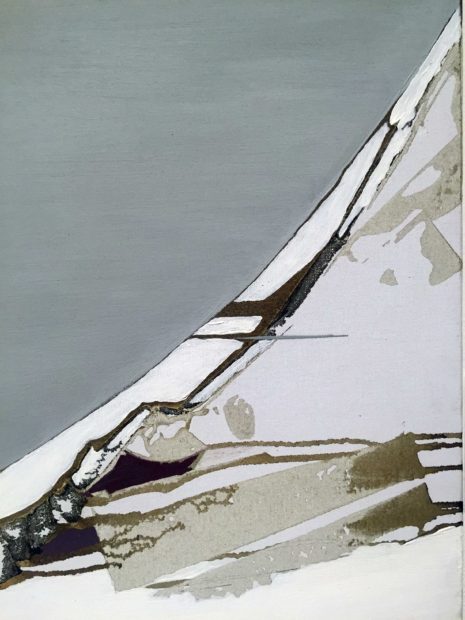 Where narrative and subtext come into play more explicitly with Dorothy Hood is in her collages and drawings. That’s where you see what made her tick, that she was no Abstract Expressionist heaving her feelings onto a canvas, but a deeply intellectual artist—a Barnett Newman rather than a Jackson Pollock. She drew heavily on the rational philosophies and aesthetics of classicism. She used images of ancient totems, statuary and designs repeatedly in her collages, rephrasing their formal attention to line, shape and color as a disciplined, ongoing exercise in tracing a direct lineage from the ancient Greeks all the way through to the Space City in the 20th century. 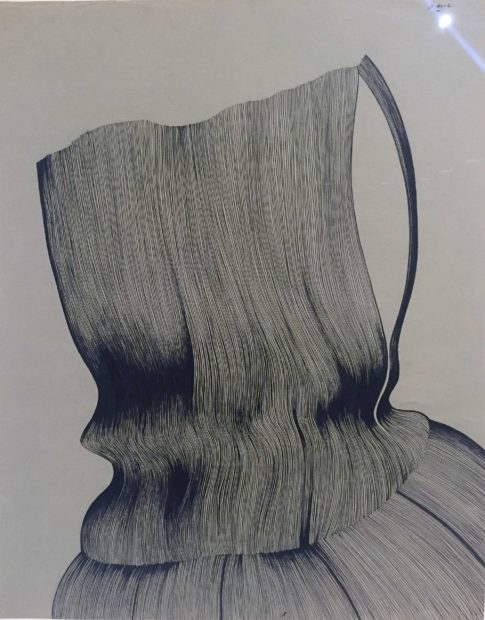 Likewise, her titles bridge the gap between ancient and modern. The haunting small painting Pulse, and the larger Launch are both from the most elegant series of works in this show, about the austere glory and unsullied ambition of the Moon shot decade. Other titles (and more colorful paintings) convey a restless sense of adventure: Flying in Outer Space, Going Forth, On Untrodden Paths, The Horse’s Flight. Still others explicitly reference mythology, literature and her deep connection to Mexico: Zeus Weeps, Cross of the Magic Flute, Olmeca, Mayan Bride.

The hero of this show, apart from the artist herself, is the Art Museum of South Texas. It must have been a stretch for them to mount such a major exhibition, which involved years of herculean research by the guest curator Susie Kalil. I could certainly nit-pick the installation (I appreciated seeing so many works, but even taking over the entire museum, there just wasn’t enough space for them without stacking paintings 15 feet up on the wall, a disservice to the work. Better to take out the red pen and make some tough choices.) But those criticisms are minor compared with the pleasure of the show, and ultimately this is a relatively remote Texas museum that has hit the ball far, far out of the park simply by mounting this exhibition and producing its handsome catalog. I’m sure this wasn’t easy to pull off. Dorothy Hood deserves nothing less.

No words can properly express the talent and intelligence of Dorothy Hood, only her works can do that when viewed in person. I just wish the exhibition would have traveled after AMST. It would have been ideal to have this exhibition shown in a space large enough to properly present her scale of works and sophisticated enough to give the proper attention to details. Very big disappointment. Sad to see the momentum for the exhibit disappear before it even began. Someone should be at fault.