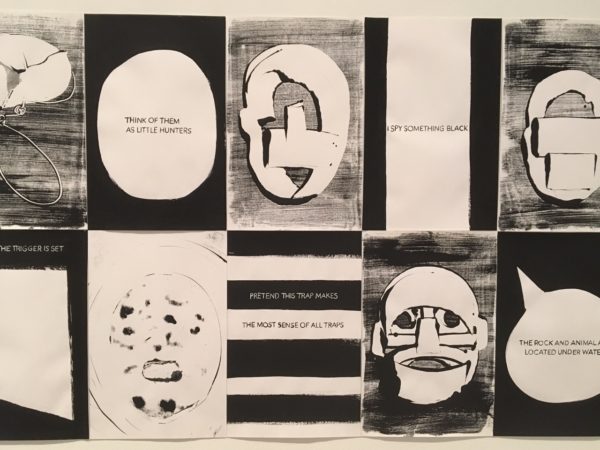 “I moved on her like a bitch. But I couldn’t get there. And she was married. Then all of a sudden I see her, she’s now got the big phony tits and everything. She’s totally changed her look.”

“You want to go back through the tapes of your show recently. You are fascinated with sex and you don’t care about public policy.”

“Grab ’em by the pussy. You can do anything.”

“Such a nasty woman.”

Given the cultural climate towards women these days, Joey Fauerso’s exhibition Soft Opening (all works 2016) at David Shelton really could not be more timely. Raucous and subtle, candid yet open-ended, this show sits somewhere between a play date and a crime scene. Fauerso guides us through the various ways women are quietly mutilated as lovers, women, mothers—traversing poetry, video, drawing, and performance along the way. 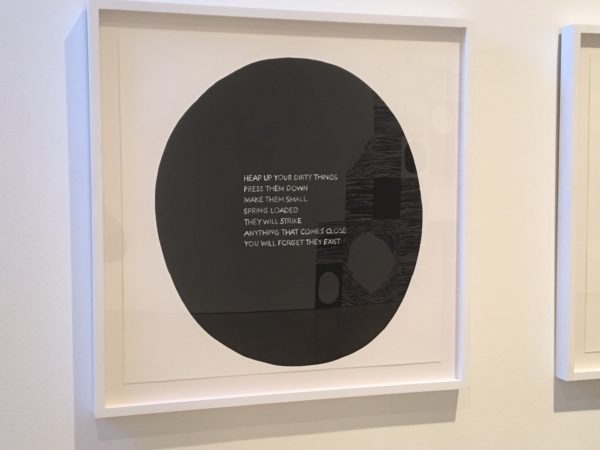 But unlike so many women artists who use their own experiences or even their own bodies in their work—I’m thinking particularly of artists like Carolee Schneemann or Janine Antoni—Fauerso has somehow flipped the tables; we don’t see her as the protagonist but rather as the object of everyone else’s loving antagonism. 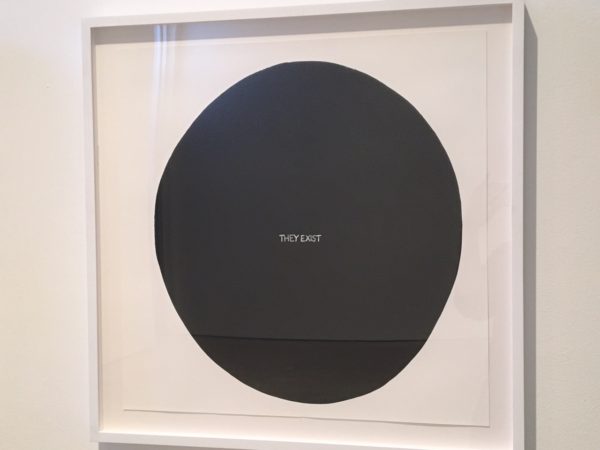 The closest artist I can think of to performing this kind of objectification flip would be Valie Export, but even then her work so often revolved around her mirror-like gaze on the very men projecting their gaze (and fondling) onto her. Instead of such literalness, Fauerso enacts a visual and textual fragmentation that keeps her very personhood at a remove in her own narrative arc. 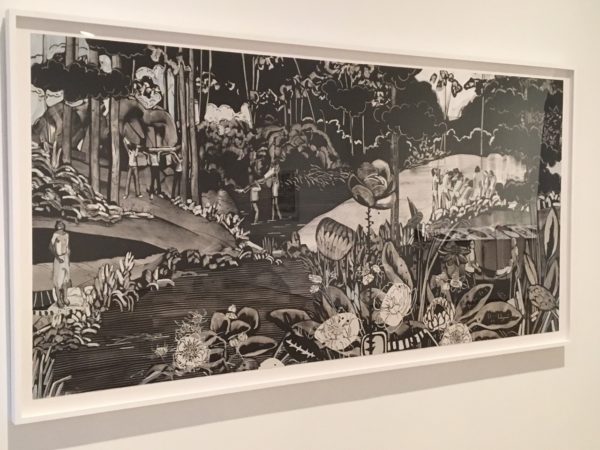 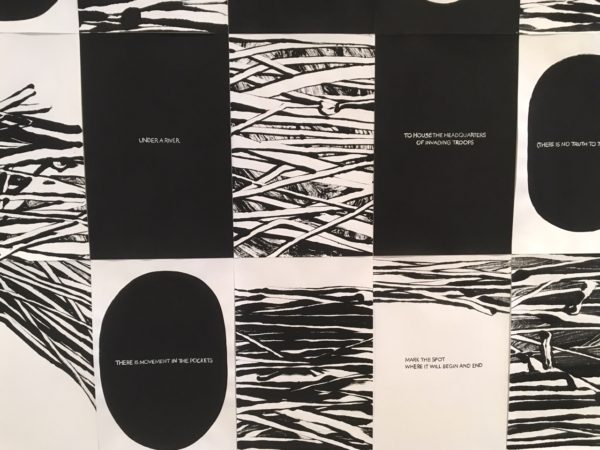 As doom-and-gloom as this all sounds, there is much play and wonder going on here: much of the poetry are quotes from her children, who also make appearance in the work, and many of the faces on display were finger painted. It is precisely this callback to childhood that makes this work all the more disturbing—fragmented and spliced completely out of context, the most innocent of statements and sentiments land somewhere between love and assault. 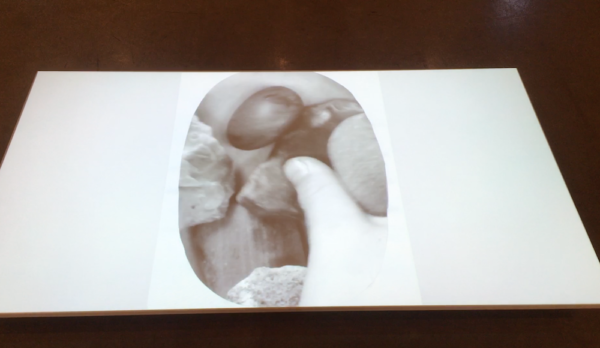 We feel this most poignantly with her video Attendance. A metronomic, ritualistic thud pulses through it like an unaffected heartbeat. Fauerso steadily but quickly montages us through various cuts ranging from herself to finger painting to the ocean. Children pile rocks onto the artist’s bare stomach, which jiggle around like tectonic Jell-O. As Fauerso’s body becomes hidden, we wonder: Is this a burial? Will she be exhumed? 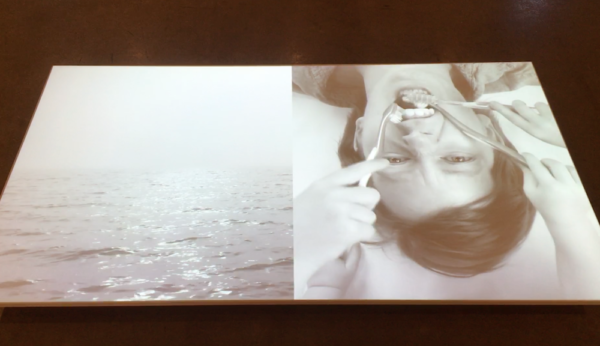 The scene quickly shifts to manic fingers making lyrical white swirls in dark paint, marks that feel intestinal, a materially driven act that simultaneously conveys both obliteration and impulsive glee. Most jarring is a split screen of the ocean and little hands viciously brushing teeth. Playful grooming, bleeding gums, scrubbing anew, exorcising filth: her teeth pair grotesquely alongside a calm ocean—a place for meditation, or for peace, that doesn’t penetrate or influence the personal and neurotic. 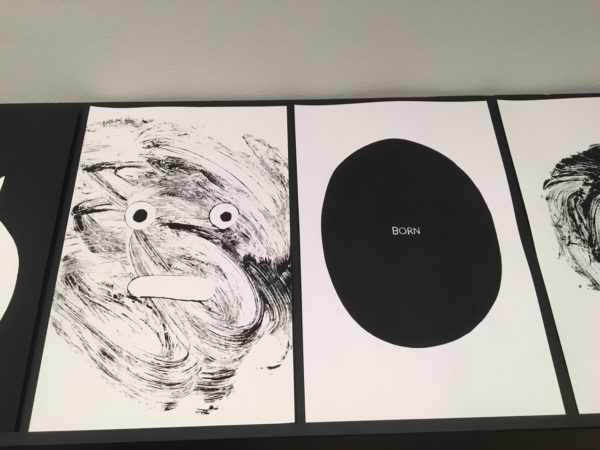 The rest of Soft Opening revolves around works on paper that read as ambiguous forms of evidence. The works vacillate between vague gestural faces, anxious statements, and depending on the piece, sometimes sticks or something abstract. But just like Attendance, Fauerso does her best work when she’s focused on its pacing, when we are made to consider each work on paper individually. So when she asks us to view it linearly, as if reading a book (and if she isn’t making a book out of this, she should), we can most viscerally feel the jarring cuts between faces and text. That’s why her most successful grouping of works on paper occur with the left-to-right action of Traps, but especially of the more preciously considered Contrast, displayed in one row, left to right on a shelf near the entrance. 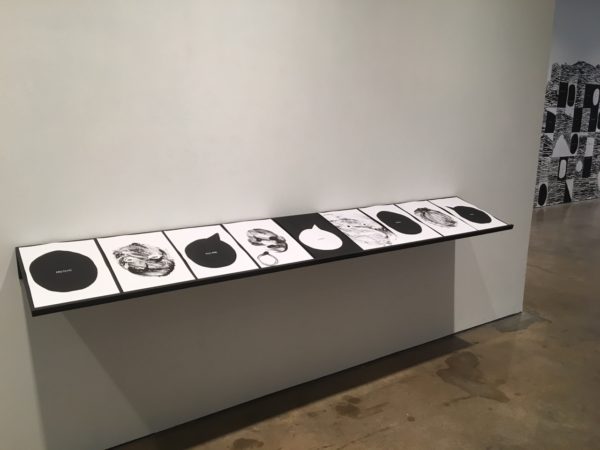 While Underground feels delightfully claustrophobic, towering just above human height, the sculptural integrity (or lack thereof) of the paper undercuts the tension and mild terror it might intend. It instead comes across as something to fill up this gallery wall rather than lending each discrete panel maximum impact, which can and should be considered individually and linearly. 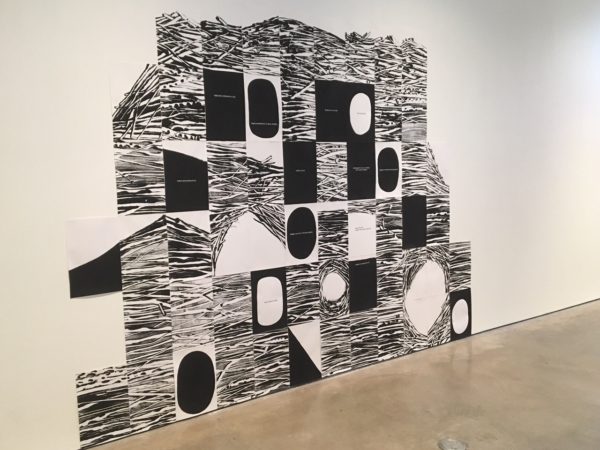 This year has been a painful reminder that to so many men, women are still less than, just a number between one and ten, a product of their fantasies, the caretaker for their children. With Soft Opening, Joey Fauerso asks us to consider the in-between space of how we see ourselves versus how others see us.

Let’s Crash Together: Joey Fauerso and the Art...

A Conversation with Joey Fauerso on the Occasion...