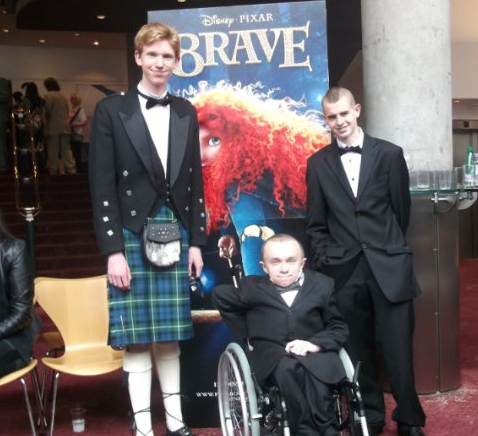 The Scottish actor/director Mark Flood (left) looks nothing like the Houston/NYC artist. Image via imdb.com.

Yesterday, Interview magazine published an interview with Houston artist Mark Flood by artist and former Houstonian Will Boone. Besides talking about Flood’s current show, The Future is Ow, at New York’s Marlborough Chelsea with four other artists from Houston (Susie Rosmarin, El Franco Lee II, Paul Kremer, and Chris Bexar), they discuss his recent film, Art Fair Fever. “My niece is involved in the Austin film industry, so she and her buddy produced it,” said Flood. “All I had to do was pour shit loads of money into it and write a script. Those are both things I found out I can do. It’s a great way to waste money. I highly recommend it.”

An earlier Interview article noted a press release/poem by Flood with the same title. In Internet spelling and style (all lowercase; you is “u,” etc.), it begins with “art fair fever/are u a believer?” and ends with “nobody knows where all the art goes,/nobody knows.”

“It’s the theme song for my film I’m working on, Art Fair Fever,” said Flood. “Visitors and my entourage will be playing the role of victims of Art Fair Fever, who can’t stop buying more and more contemporary art, even though art critics don’t approve.”

In the Interview interview, Flood explains that he decided not to go “commercial” with the film:

Instead, I went back to the three or four hour version and chopped it in half and made two movies…if I put it online or tried to make a big deal out of it, I think it’d be more of a flop. As a real movie, it might be substandard, but as a crummy movie in the back room it’s so over the top because I spent so much money on it.

So, what is this film about? The casting call in last year’s Backstage magazine describes it thusly: “In this lighthearted parody, a group of students embark on a journey to an art fair in Miami to learn the ways of the contemporary art world only to be killed by the infectious and demoralizing disease.”