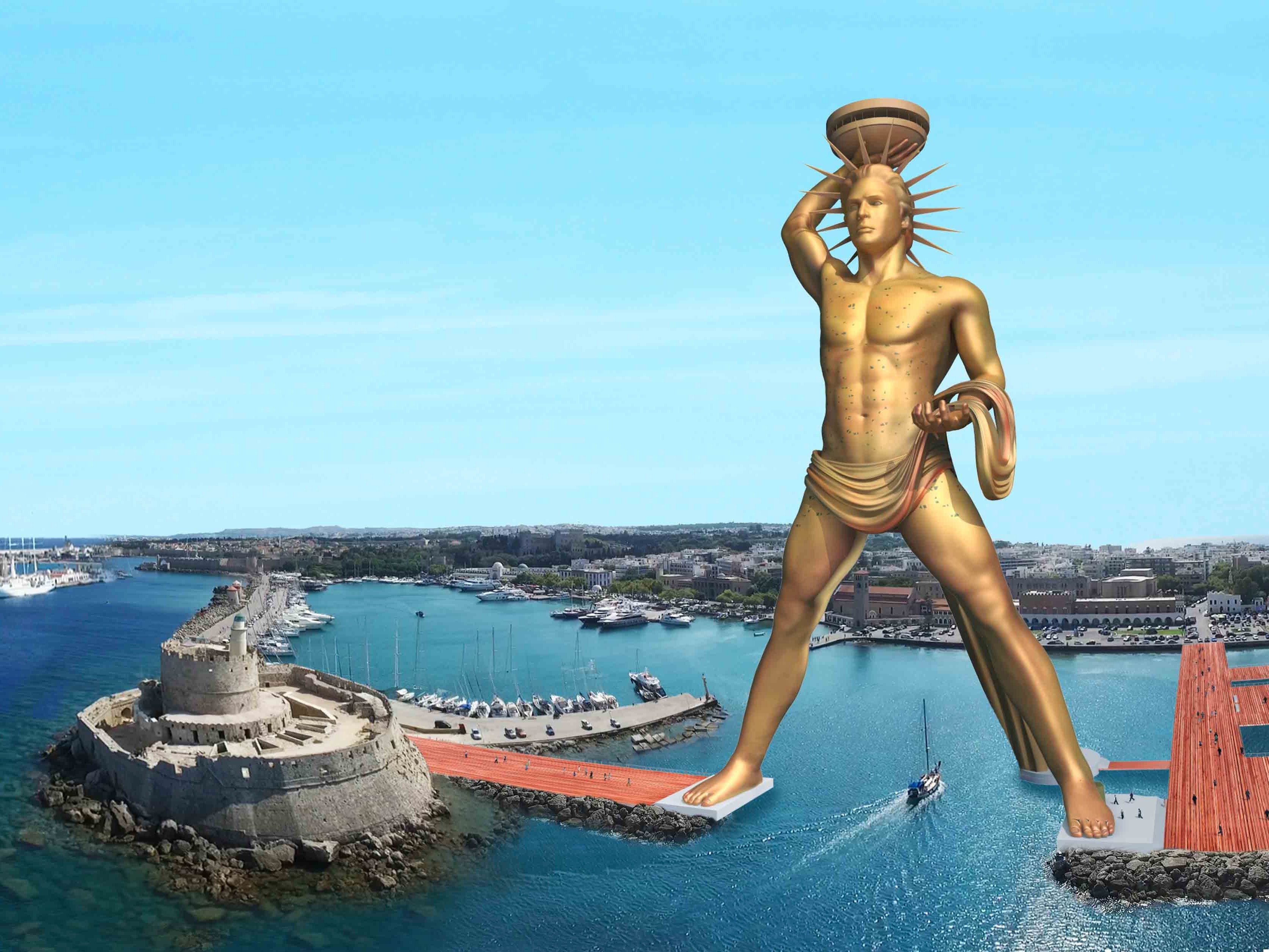 A small group of European architects, engineers, and scientists have proposed an incredibly ambitious “Colossus of Rhodes Project,” seeking to rebuild the ancient statue of the Greek god Helios, which sat near the harbor of Rhodes, Greece, for 54 years before it was knocked down during an earthquake in 226 BCE. While the original stood 98 feet tall, the new Helios will be 400 feet tall and will include an interior library, museum, cultural center, exhibition hall, and a crowning lighthouse visible for 35 miles, reports Business Insider UK. Using modern building techniques, the statue will be made earthquake-proof and will be covered entirely in golden solar panels, making it self-sufficient.

It’s probably no coincidence that Houston’s Art Guys have just announced a proposal for “The Art Guys Colossi” at the Houston Ship Channel. And it’s probably no sign of Texas-size egos that they boast that their statues will be much taller at 585 feet and plated in pure 22-karat gold. Visitors will be able to ride and elevator to the top to look out the eyes and ears of the giant Art Guys. “At night,” states the announcement, “laser lights will beam futuristic rays from ‘The Art Guys Colossi’ eyes forming a sci-fi arch for barges and sail boats to pass under.” 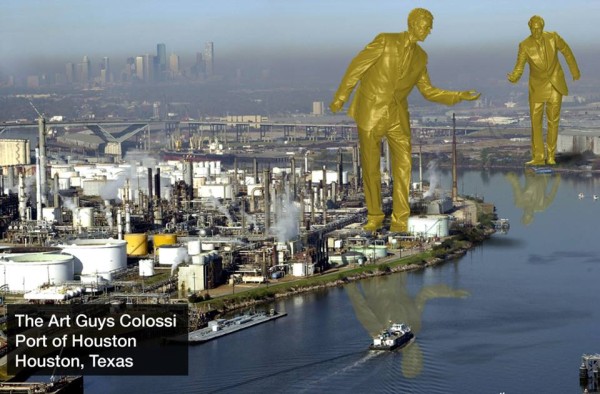 While the Europeans plan to obtain financing for the Rhodes project through institutions and global crowdfunding, the Art Guys claim to have it all taken care of, according to the announcement:

Funding for “The Art Guys Colossi” will come from the Museum of Fine Arts, Houston. In a surprising move, the MFAH Board of Directors decided to redirect the $1/2 billion they planned to spend on their new building for modern and contemporary art. An unnamed official from the MFAH said, “We think it’s the right thing to do.”

Glasstire was unable to find anyone at the MFAH to verify anything at all in the Art Guys’ announcement.