This Weekend: Morris Engel’s “The Little Fugitive” at MFAH

by Peter Lucas May 22, 2013
FacebookTwitterEmail 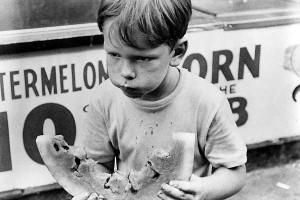 This Friday through Monday, the Museum of Fine Arts Houston is presenting daily screenings of the rarely seen classic, The Little Fugitive, via a beautiful new 35mm print made by MoMA. 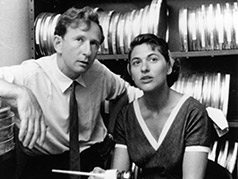 The low-budget, 1953 film follows seven-year-old Brooklyn kid, Joey, as he’s tricked by his older brother to flee and spends 24 hours alone in the strange world of New York’s Coney Island. Using non-actors and photographed by noted still photographer Morris Engel (using a modified, concealed 35mm camera strapped to his chest), The Little Fugitive beautifully documents 1950s Coney Island and introduced a new, natural style of filmmaking that greatly influenced cinema vérité and the French New Wave. In fact, director Francois Truffaut said that the New Wave “would never have come into being” if it hadn’t been for Engel’s film showing the way to independent film production.

These screenings are rare opportunities to see the film the way that it was intended to be seen, and the way that Truffaut and so many filmmakers and photographers saw the influential film 60 years ago.

Saw this last night- beautiful images (sometimes a little too selfconsciously beautiful, but never unbearably arty) and a simple, almost Disneyesque story full of cute kids with problems, all resolved in the end. Kids in NYC were tough in those days- I’m going to leave my kids home alone for the weekend more often!