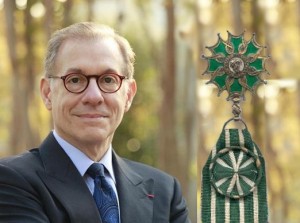 Gary Tinterow, former Met curator and new director of the Museum of Fine Arts Houston, is going to be awarded the insignia of Officer of the Order of Arts and Letters by the French government tomorrow in a ceremony at the Cultural Services offices of the French Embassy in New York. That puts him one up on the Dallas Museum’s Maxwell Anderson, who is merely a Chevalier of the Order, created in 1957 to recognize eminent artists and writers, as well as individuals who have contributed to furthering the arts in France and throughout the world.