Frances Parker Marzio, Curator Emerita of the Glassell Collections, Africa, Oceania, the Americas, and Antiquities at the Museum of Fine Arts, Houston (MFAH) and widow of MFAH director Peter Marzio, died on October 21, 2022. 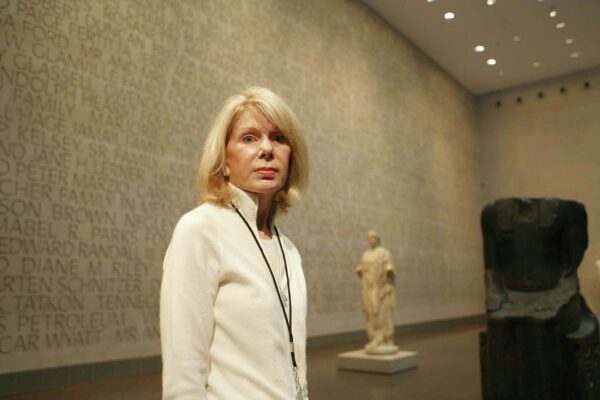 After relocating to Houston in 1982, Mrs. Marzio and her husband, who was the longest-serving director at the MFAH, helped transform the museum over their decades with the institution.

Mrs. Marizo was born on September 13, 1947. She held a BA and MA from the University of Miami, and an additional MA from George Washington University. As a Fellow at the Corcoran Gallery of Art in Washington, D.C., she met Peter Marizo. They married in 1979 and three years later the couple moved to Houston, where Mr. Marizo accepted the position of Director of the MFAH. Together, they worked to greatly expand the museum’s collections, transform its physical spaces, and establish and grow endowments. In October 2020, the MFAH presented The Marzio Years: Transforming the Museum of Fine Arts, Houston, 1982-2010, honoring the couple’s legacy. 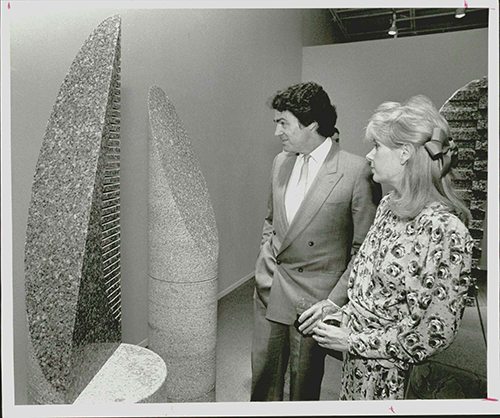 From the early 1990s through 2016, Mrs. Marzio served as the museum’s curator of antiquities. During this time there she organized important exhibitions from cultures across the world. Some highlights include Treasury of the World: The Jewelled Arts of India in the Age of the Mughals; The Spirit of Ancient Colombian Gold; Pompeii: Tales from an Eruption; Afghanistan: Hidden Treasures from the National Museum, Kabul; Dynasty and Divinity: Ife Art from Ancient Nigeria; and Tutankhamun: The Golden King and the Great Pharaohs.

Along with her curatorial position at the MFAH, Mrs. Marzio also served as an aide to the Board of Trustees. Additionally, she was a trustee of the Houston Grand Opera and the Metropolitan Opera in New York. In an obituary published in the New York Times, a statement from The Met Opera read, “She was admired by her fellow board members for her deep knowledge and appreciation of grand opera and attended performances regularly.”

An obituary published on Legacy.com stated, “We at the [MFAH] in turn can say that her impact on this institution was nothing less than extraordinary — a remarkable legacy of her high standards, indefatigable energy, exceptional eye, and unwavering commitment to the Museum.”

A memorial tribute to Frances Marzio will be held at the Museum of Fine Arts, Houston on December 13, 2022.