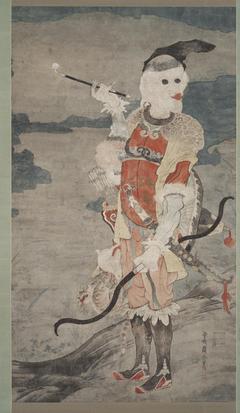 Can I admit that I get a major kick out of this image? That I am thankful for it? Can I say this without losing a significant portion of the readership?  I hope so. Yes, it is a racist caricature, and I implore you to believe me when I tell you that my thrill is not malicious. Not too much.

As a black boy deeply in love with comics, exposure to folks like Hergé, Goscinny  & Uderzo, and Will Eisner was unavoidable. What to do, but drink in whatever was fascinating and moving, note what was questionable and objectionable, and then, to paraphrase Toni Morrison, turn the page?

My young self did not notice the racism right away; I was too busy falling in love with these worlds. High adventure across the globe, murder in the dank alleyways of Central City, jokes and jokes and jokes in the Gaul countryside. I was delighted, I was excited, I was spellbound.  Most of the creators have apologized in later years, in words in and in deeds, but you cannot erase the bad without a jettisoning a ton of still vital good. Baby. Bathwater.

The image, Western Hunter by Soga Shōhaku, is part of the Museum of Fine Arts Unrivalled Splendor: The Kimiko and John Powers Collection of Japanese Art. The pleasures of this image seem endless, I am spellbound again. The play of textures, the spatial decisions that seem to be happening as your eyes encounter them, the precision and economy of the line. This is the stuff, this is beauty. The piece is cruel, but that cruelty is so much more convincing than all of the well-intentioned but dowdy works that have made comfortable nests in art museums ever since ethics trumped aesthetics. Hickey was on to something.

The wallop of beauty is present in almost every piece of the show.  I have no idea what is going on. I am not familiar with the history, the symbology, or the political concerns of centuries old Japanese Buddhist art.  I do know that I am affected by how well made these pieces are, how forcefully they pull on my attentions. My eye is delighted, drunk on form, and it is easy to see how this formal mastery might play into all the cultural dialogues happening at the time these were made. Standing here in 2012, with my embarrassing lack of knowledge, the pleasure of these pieces make the case for at least two relevant ideas. They argue for the continuity of visual ideas.  It is hard not to see Bauhaus or Abstract Expressionism while looking at depictions of rocks and words, the Katzenjammer Kids and Byzantine frescoes in the portraits and court scenes.  But also, within that world, that internal continuity that acts as proof of existence for a thriving culture.  If you do not have a strong, singular tradition of art making that can appeal to outsiders, people will to doubt your existence or at least your validity. 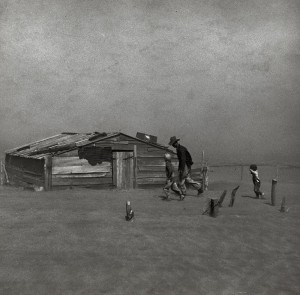 It is worth your time to compare Unrivalled Splendor with the MFAH’s American Made, the exhibition that presents 250 years of American art from the MFAH’s vaults.  American Made flexes some real muscle: big names, big space. And yet, its pleasures are definitely more modest.  Many of the paintings and drawings feel like the weaker siblings of their European contemporaries and the regional stuff was still too short on time to build up an escalation of craft; the uncanny craft on display in Unrivalled Splendor caused me to gasp several times.  It is no wonder that America was not understood as a place where serious culture happened until the mid-twentieth century.  There are exceptions of course. George Bellows’ Portrait of Florence Pierce could stand next to anything at the Musée d’Orsay without looking like it was a close kin to any of it. The French wouldn’t catch up to the erotic pull of that simple blue dress until Yves Klein.  Frederic Remington was ahead of the curve, his narratives were so clear in the painting itself that the subjects feel almost redundant. Photographs of the American wilderness offered a window to the sublime similar to the work that British photographers were doing in India, only the Americans did not need to leave their shores to experience these views.  By the 20th century, the culture started refining its own dialects. In 1936, Arthur Rothstein’s Dust Storm, Oklahoma finds a perfect convergence of subject, instrument and expression. By the time we reach The Brown Angel by Jacob Lawrence, it is already 1959 and America is a serious and acknowledged player in this round of Civilization. 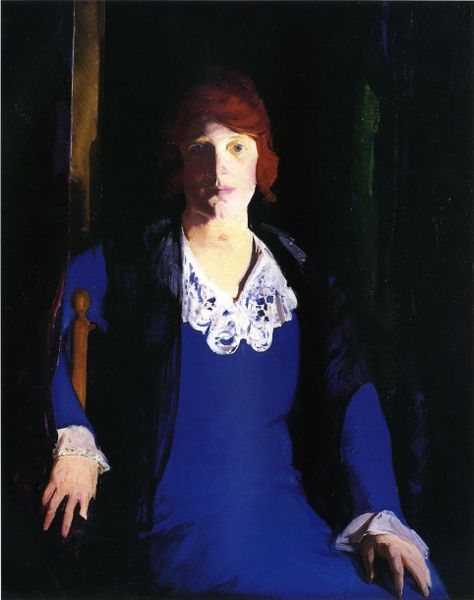 The breadth of American Made cannot match the force of Unrivalled Splendor, it can only make promises that we later see realized in the museum’s room dedicated to Abstract Expressionism.  The Americanness of the Abstract Expressionist is questionable in the particulars of its emergence, but undeniable in the way that the formal rigor and electricity of its most powerful proponents justify any creation myth.  The Japanese borrowed heavily from their neighbors, mostly China and Korea, but those pieces from the Powers collection are definitely from and for Japan.    For every visit that I’ve started with Unrivalled Splendor, I was compelled to go through American Made, and follow with the Abstract Expressionism room.  Invariably I’d boomerang back to Unrivalled Splendor and find that Shōhaku’s hunter was my end point.  Maybe he’s not that cruel anymore, maybe his beauty has allowed him to survive the years, has compelled us to care for him and he is now here with us in 2012 telling us new things.  In Mat Johnson’s Incognegro, two black men, light enough to “pass” when convenient, are having a conversation about race in 1930s America. One of them is bitterly amused that most of the white folk they deal with never think of themselves as ethnic.  That’s still a difficult idea for many of the people I know to wrap their mind around, that Caucasian cultures are not a default-setting for humanity, that we all come about our dissimilar traditions in similar ways. Western Hunter’s sharp mockery might have aged into gorgeous awareness.

Unrivalled Splendor closes at the end of the week. Don’t miss it.