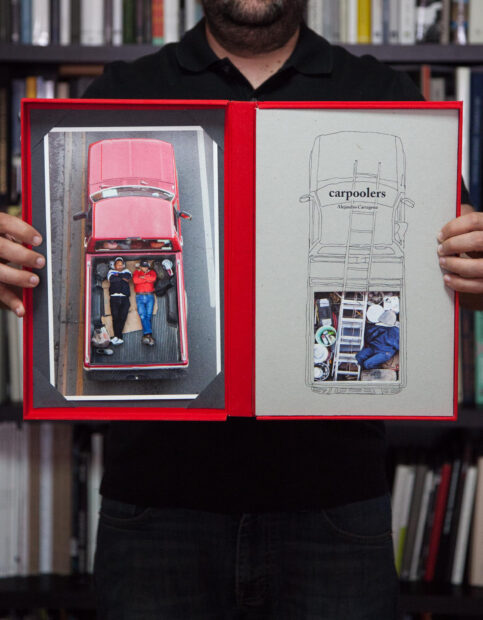 Earlier this fall, Assembly, the gallery representing photographer and photobook artist Alejandro Cartagena, announced via social media that two Texas institutions have made major acquisitions of the artist’s work. Mr. Cartagena may be best known for his ongoing Carpoolers series, which documents Mexican workers who commute for 40-90 minutes from various suburbs to San Pedro, an upper-class suburb in the southwestern corner of the Monterrey Metropolitan area. Photographs from this series have appeared in the New York Times, NPR, and Slate. Two photographs from the series are currently on view in Border, Mapping, Witness, one of the inaugural installations in the Museum of Fine Arts, Houston’s (MFAH) new Kinder building. Ashlyn Davis Burns, Founding Director of Assembly, was instrumental in connecting each of the two Texas institutions with available works matching their interests. 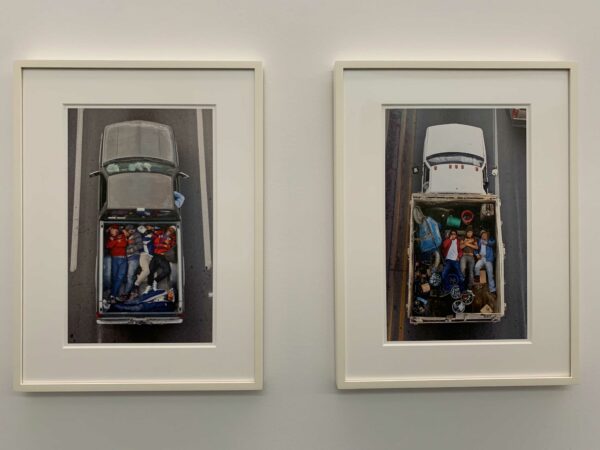 Works by Alejandro Cartagena in Border, Mapping, Witness, one of the Kinder Building’s inaugural thematic exhibitions

The MFAH, which has three works by Mr. Cartagena in its collection, has acquired the artist’s maquette archive. Photobook maquettes, or early rough copies of books, provide a unique look into an artist’s process and oftentimes reveal shifts in layout and sequencing of the publications. According to John Evans, Chief of Libraries and Archives, the MFAH’s world-renowned photobook collection was defined by their 2012 acquisition of the Manfred Heiting Book Collection. The museum owns a significant number of maquettes, including Robert Frank’s The Americans, Man Ray’s self-titled 1920 publication, and contemporary works such as Alec Soth’s Sleeping by the Mississippi.

Evans told Glasstire, “The group of maquettes by Alejandro Cartagena would complement these works by highlighting contemporary bookmaking practices.” The acquisition includes 87 maquettes and 8 posters from 25 book projects that span the artist’s career. In their social media announcement, Assembly stated: “From the original maquette for his debut publication, Suburbia Mexicana (2010), to the first edition maquettes outlining the process of creating his now-iconic work, Carpoolers (2014), to his most recent publication, Suburban Bus (2021), this archive outlines the arc of his photographic career and bookmaking process.” 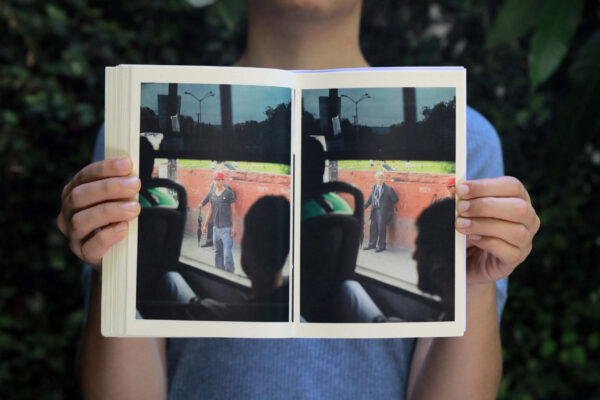 The Wittliff Collections at Texas State University (TSU) has acquired a complete set of the first editions of Mr. Cartagena’s publications. As a prolific and significant contemporary Mexican photographer examining social, urban, and environmental issues, Mr. Cartagena’s work makes strong connections to many artists in the Wittliff’s Southwestern & Mexican Photography Collection, including Héctor García, Rodrigo Moya, and Mariana Yampolsky. The collection has over 19,000 images, including everything from historical photographs to works by emerging 21st century artists, and boasts the broadest and deepest holdings in documentary photography and photojournalism by Mexican photographers in the U.S.

The photobooks were of particular interest to both Mark Menjivar, Assistant Professor in TSU’s School of Art and Design, and Jason Reed, Associate Professor of Photography, because they have the potential to be significant teaching tools. Having a suite of the publications offers an opportunity for students to be able to consider the evolution of an artist from his first book to his twentieth. Ms. Burns emphasized this way of thinking by the two professors, telling Glasstire, “…it was really important to us to know that the work would be interacted with by students thinking through their own projects.”