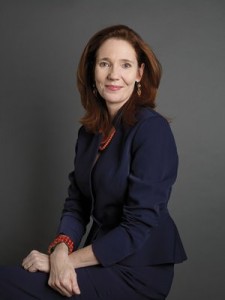 Oklahoma University (OU) announced that Emily Ballew Neff will be the new director of OU’s Fred Jones Jr. Museum of Art, pending approval by the OU Board of Regents, according to a recent article in The Oklahoma Daily. If approved, Neff will assume the position in January.

Neff was the founding curator of American painting and sculpture at the Museum of Fine Arts, Houston (MFAH), where she has served as curator since 1997. She recently mounted the MFAH’s current exhibition American Adversaries: West and Copley in a Transatlantic World, as well as last year’s American Made: 250 Years of American Art at the Museum of Fine Arts, Houston. Neff holds a B.A. in art history from Yale University, an M.A. in art history from Rice University, and a Ph.D. from the University of Texas at Austin. She is also the current president of the Association of Art Museum Curators.

Emily Neff, from the first time she spoke to the docents at MFAH has been by far my most admired and respected curator at MFAH. It is with regret I learned of her departure, but I sincerely wish her the best as she pursues new ventures. OU is fortunate to have a most highly qualified director at Fred Jones Jr. Museum of Art. She will be deeply missed at MFAH.