CADD Awards $5500 To Winner of Its Idea Incubation Event 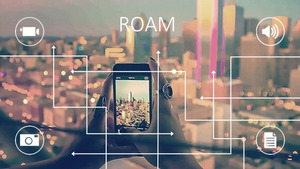 Contemporary Art Dealers of Dallas held its first CADDFUNd Competition on Nov. 16, and the winner of the contest was a University of North Texas MFA named Julie Libersat. CADD presented Liberstat with a check for $5500 after she won the crowd-voted competition, which was launched this year by CADD as a platform for area grad-student artists to propose “innovative ideas about potential artistic projects.”

Liberstat competed against five other artists; each gave brief pitches for their proposals in front of a ticket-buying crowd and a three-person jury; the audience was encouraged to ask questions of the artists before making a decision. Liberstat’s winning idea is a mobile app titled “ROAM” which “is an interactive urban exploration and mapping game for smart phones that helps players ‘get lost.’  She states that the mobile app is a creative tool that helps players get lost as a prompt to have an artistic interaction with the environment through disorientation.”

I was taught in a college Psych class that there’s some scientific backing to the idea that switching up your normal routes and getting out of your comfort zone can indeed inspire creative thinking and problem solving, so maybe she’s on to something. Congrats Liberstat and hats off to CADD for the initiative.

For more info on this year’s CADDFUNd event, go here.