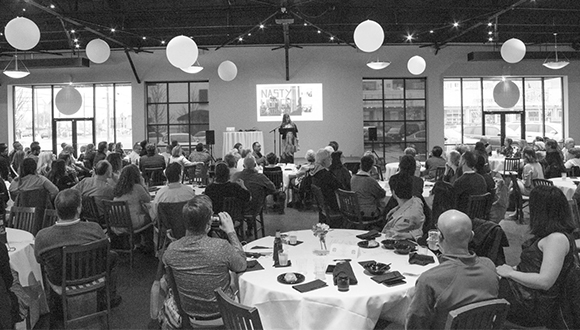 The Contemporary Art Dealers of Dallas (CADD) sponsors an annual CADD FUND event, where artists pitch ideas to an audience who then votes a previously unrealized project into existence. It is funded by CADD. Next year’s event will be held on March 29, from 4 – 7 pm at the Texas Theatre in Oak Cliff, Dallas. CADD Fund follows several similar initiatives in the US in inviting to participate current or previous B.A., B.F.A., M.A., M.F.A., or Ph.D. graduates or candidates from an institution within 100 miles of Dallas. CADD FUND awards winners $2500-$7500 (and possibly more), which is raised through ticket sales (which are $40 per person, or $20 for students).

Finalists will be selected by jurors Katherine Brodbeck (Senior Curator of Contemporary Art, Dallas Museum of Art); Kristen Gaylord (Assistant Curator of Photographs, Amon Carter Museum of American Art); and Frank Hettig (Director of Modern and Contemporary Art, Heritage Auctions). CADD FUND follows a format in which finalists present short proposals of their projects, followed by audience Q&A, after which votes are tallied and a winner is announced. 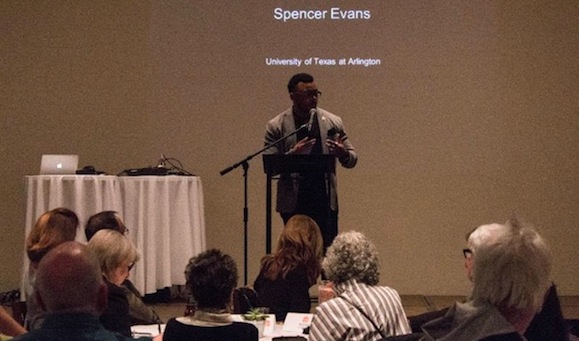 In keeping with the concept of CADD FUND as a forum for discussing the resources that help make projects happen, Melissa Gamez-Herrera, last year’s winner (whose show we reviewed earlier this year) will give a short presentation at the 2020 CADD FUND event. Herrera’s photographic work focuses on issues of human rights and spirituality. The UNT MFA earned a BA in Art and Art History from Colgate University in Hamilton, NY.

Applications are due February 1 at midnight, and all the details can be found here.

Contemporary Art Dealers of Dallas (CADD) is a non-profit membership organization of galleries formed in 2006 for the purpose of promoting the advancement of contemporary art on all levels. Members are committed to represent the highest standards of contemporary art, while recognizing the importance of integrity and responsibility in working with artists, collectors, museum professionals, and the cultural community of Dallas.