Like a lot of Houstonians, I’m an outsider art fan. Amid its surprisingly consistent idiosyncrasies, you occasionally find sparks of genius. That pretty much describes Kindred Spirit at the Art Car Museum in Houston. Curated by Jay Wehnert, impresario behind Intuitive Eye, a Houston-based blog on all things outsidery, the show is a hodgepodge studded with some real doozies.

The de Menils’ championing of art beyond the traditional categories left Houston and Houston’s collectors with a longstanding awareness of the art all around them. Marilyn Oshman’s storied rescue of the Orange Show and its subsequent rebirth as a Center for Visionary Art crystallized this interest into an activist program to search out and appreciate this kind of expression here. Kindred Spirit draws selections from the resulting deep reservoir of amazing objects quietly enlivening Houston’s homes and studios, many of which will not be seen in public again soon. 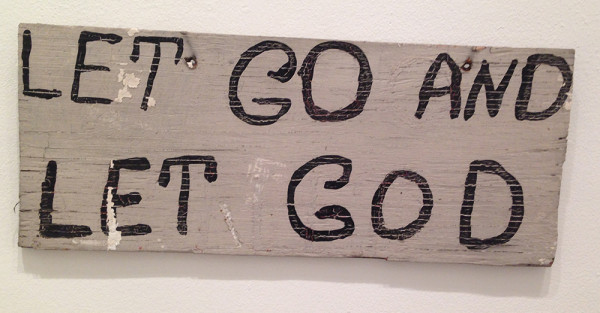 Anonymous religious signs from the Art Guys collection are one highlight. They combine homespun fervor with startling poetic flipflops. With a single letter, LET GO AND LET GOD turns a typo into a spiritual revelation. 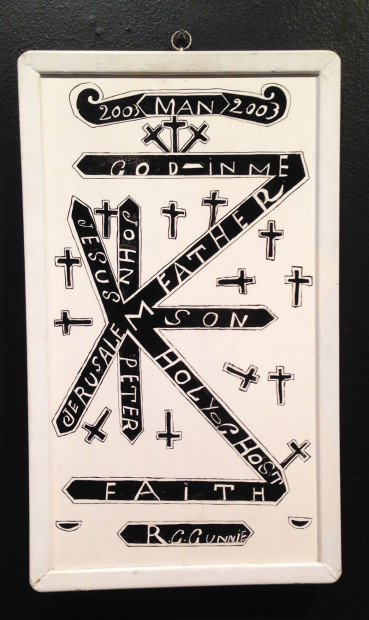 Painted signboards from the Houston yard of R.C. Gunnie (from an unnamed private collection) diagram theology in crystalline bars like the display on a cheap calculator, embodying the combination of technical awkwardness and methodical conceptual intensity that characterizes much of the best visionary art. 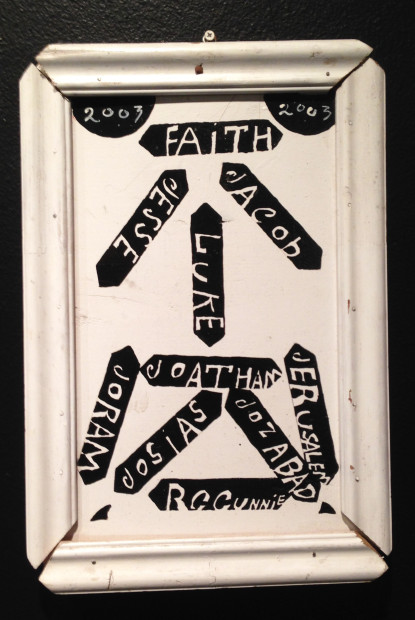 Countrified storytelling and force-flattened perspective make paintings by the Reverend Johnnie Swearingen (1908-1993) of Chappel Hill, TX, more classically naïve, but they depart from the static tableaus of the “Grandma Moses’ dollhouse school” in their unusual swirling gusto: the paint wrangling in Rodeo Picnic, Revival matches the title in its eagerness not to leave anything out. 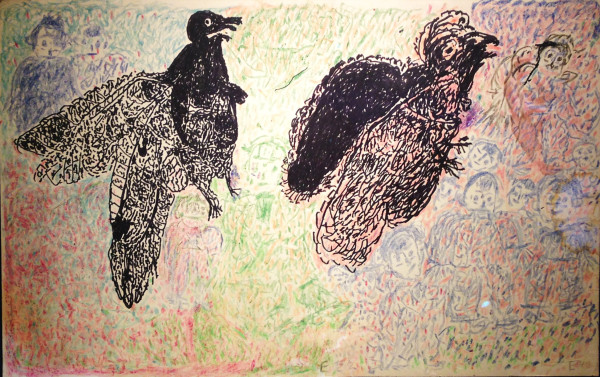 Ezekiel Gibbs’ (1889-1992!) Black Birds, from the collection of Jim and Patty Jard, is a scintillating ocean of nervous marks camouflaging dozens of crouching figures, seemingly at the mercy of two strangely hungry birdlike apparitions. Its meaning is as cloudy as its marks, but its gravity is frightening. Drawings like this one, and Frank Jones’ Devil House, remind you that most contemporary drawings in art galleries are mere merchandise, made simply to hit the lower price point. 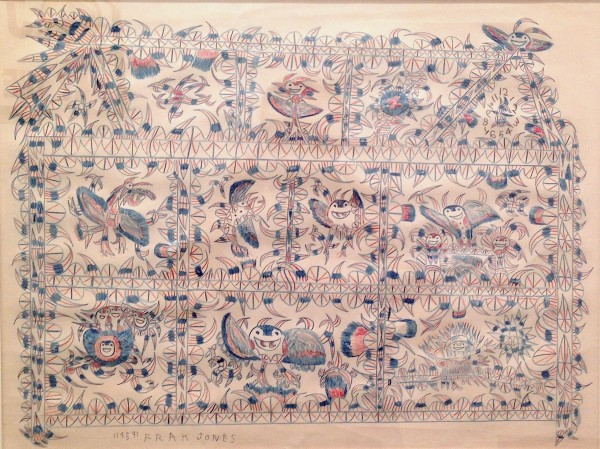 The show is filled with works by numerous local artists like Gunnie and Gibbs, underlining how ubiquitous the need to express oneself really is, and how genuine artmaking, contrary to market-driven genius theory, is commonplace. Collecting art is like collecting business cards ­— there are as many as there are people, but some are better than others.

Kindred Spirit is on view at the Art Car Museum, Houston through October 26, 2014