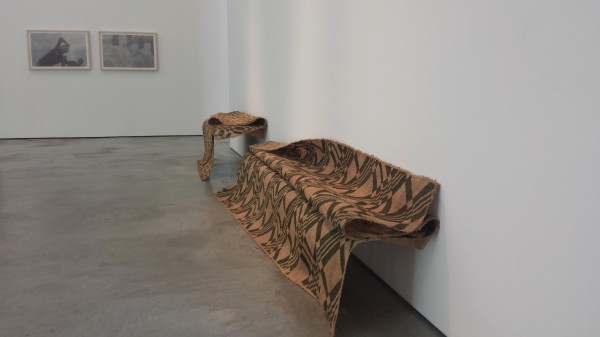 The vaguely acrid smell of burlap lurks in Sicardi Gallery’s sleek rooms. Its source is an installation by Columbian artist Miguel Angel Rojas. Screenprinted geometric patterns adorn its rough surface as the fabric folds gently onto the floor, suspended by two low shelves. Burlap, the homeliest and most workaday of fabrics, is here a stand-in for a figure. Such metaphoric ghosts abound in Sicardi’s aptly titled Cuerpo Sutil (The Subtle Body). The exhibition, which pairs Rojas and Houston/Chicago artist John Sparagana, is a bit of a departure from Sicardi’s usual beautiful-but-cold aesthetic. 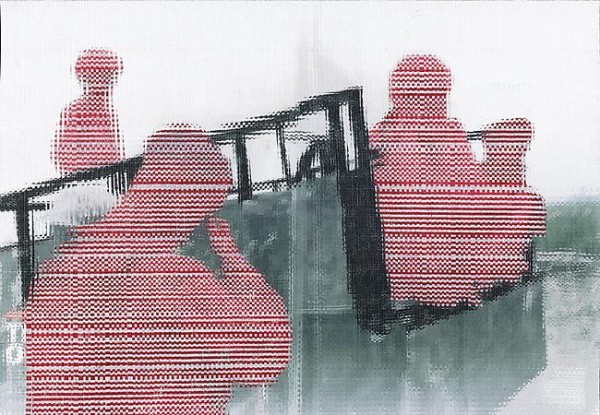 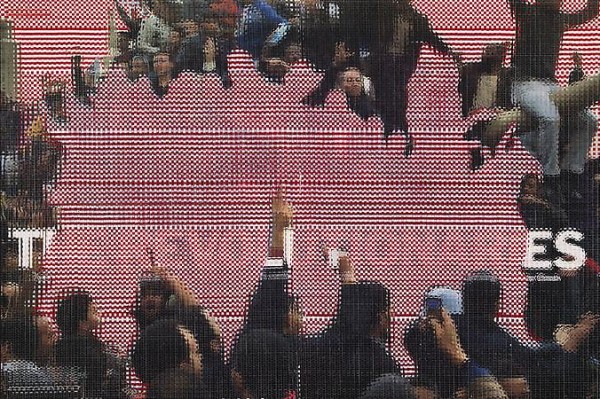 Sparagana’s pieces, with their soft-edge focus and watery distortion, could be mistaken for painting, but are in fact woven paper collage. Like fingers on a well-used rosary or roiling waves on sea glass, Sparagana erodes printed news photos with his hands by crumpling, an act that through its repetition blurs sharp compositions, degrading both image and context.  Grinning Kennedys, soldiers and Afghans and explanatory texts are all sloughed to near abstraction, mimicking the distance between the iconic images and their actual relevance to our day-to-day existence. 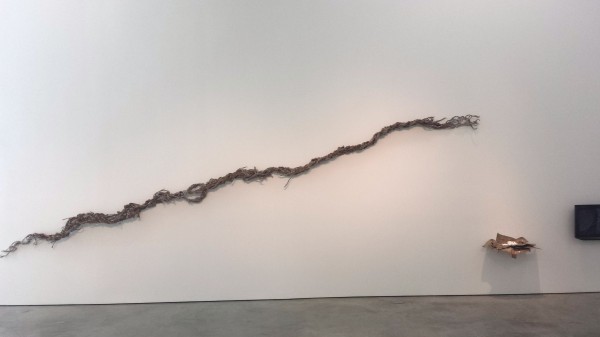 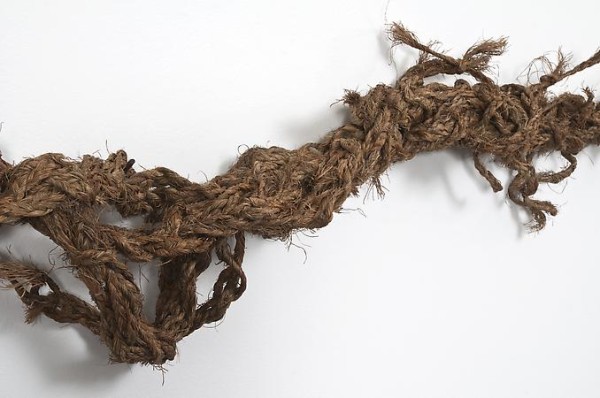 The intimate and banal act of hand-weaving is again referenced in Por Pan, Rojas’ largest installation. The crux of this piece is a hundred-year-old tangle of plaited fibers stretching across the longest gallery wall like a ragged scar. It’s been smeared with metallic pigment, in what the artist refers to as an “homage,” a glistening reminder of the thankless workers who created it.

Cuerpo Sutil is rife with visual echoes, not the least of which is the dialogue between both artists. (The work overlaps in so many places that it could almost be two series from the same hand.) In spite of potentially incendiary subject matter (drugs, politics) the show remains softly layered, an apparition of the harsh events that inform it.

Miguel Angel Rojas and John Sparagana: El Cuerpo Sutil is on view at Sicardi Gallery in Houston through February 22.

Casey A Gregory is an artist and writer in Houston.  For more reviews, interviews, and unsolicited opinions, visit her blog at www.artstrollertx.com