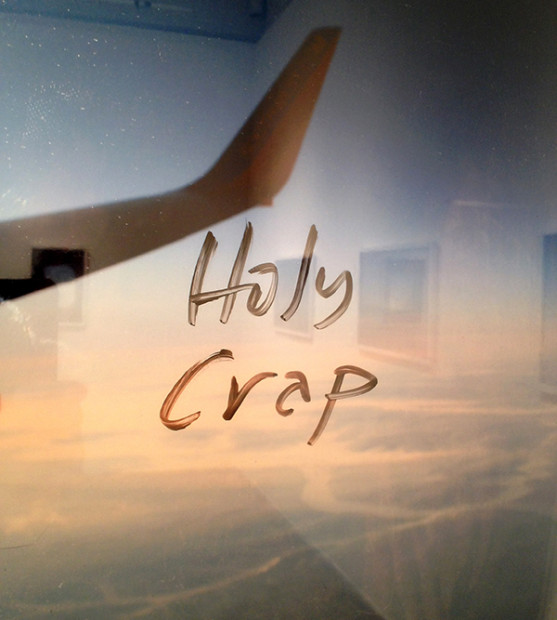 From Sauter’s “Faith and Reason” at Blue Star Contemporary.

This soapbox is all Chris Sauter’s fault. Something happened as I was thinking about the other stops on his city-wide exhibition through San Antonio. Thumbing around on my phone, I came across this headline: “Majority of Republicans Don’t Believe in Evolution.” As my knees began to jerk, I stopped to imagine why this statement is one of the dumbest things ever, and wrong. It would be easy to pigeonhole those of a certain political stance as science-denying faithless faith mongers. It is perhaps true that those surveyed in that particular poll answered in such a way to be characterized as not “believing in evolution” (or that humans are exempt from it somehow) and there’s probably a different essay for that one. (View the actual poll and its less provocative title here). But Sauter is trying to tell us something: science and religion are not opposed to one another, even if they are not equal to one another. We are falling for a media-induced war between evolution and creation—even as many seek comfort in some combination of the two, filling in the gaps highlighted in Sauter’s SSA show, Doubt. The war is distractive, oversimplified and false.

Evolution is not something to believe in—it is something to be observed and understood. It certainly doesn’t explain everything. It may not help you sleep at night or give solace after a loved one’s death—knowing organic structures adapt to their environment to survive. It could certainly be argued with a different set of observations that draw different conclusions. The problem with saying that people don’t “believe in evolution” is the statement itself—evolution doesn’t require belief. Evolution will go on with our without us. That’s kind of the crux of it, actually. Understanding evolution doesn’t serve the same purpose as believing in God(s), nor does it necessarily contradict divine creation. To say you don’t believe in evolution is just not the right equipment for the job—it’s like discovering a light bulb that just went out, then going to find a hammer. 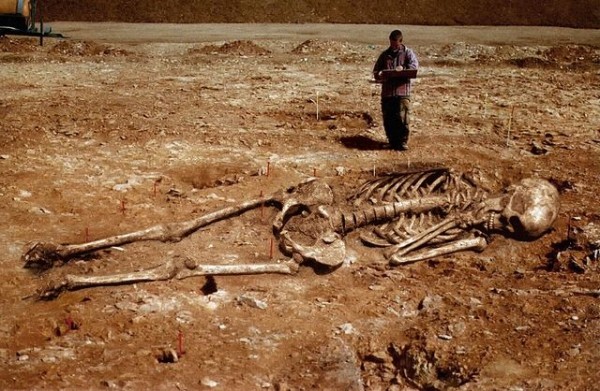 Darwin was not an atheist by his own account (read this letter, starting with the third paragraph), though he struggled with the observable details of nature as they measured up to revelatory fables of Biblical origin. Heck, most of us struggle with that. It’s that devilish tendency—striking down anything but an absolutist view—that pollutes the human stream of consciousness. But really—how can a religion hold a scripturally literal view if it contradicts itself? How can science hold an omniscient view if it doesn’t explain everything? More good questions, thanks to Sauter meandering with both. Thank God for Art (and Photoshop, as it were) because it seems this is the only place we’re allowed to play freely with this stuff. 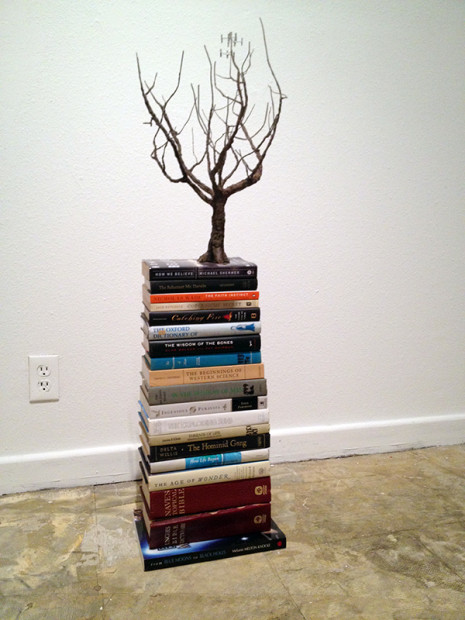 We were supposed to stay away from this tree. (Fl!ght Gallery)

Sauter challenges absolutist, comfort-seeking tendencies with metaphors for the myriad of ways in which people come to understand their observable surroundings. Shape of the Universe is about as literal as this gets. The artist’s interest in Hubble continues with four photographs of the Deep Field (discussed in the previous writing) framing them in the architectural footprints of four religiously sacred places: St. Peter’s Basilica in Rome, the Buddhist Borobudur temple in Indonesia, the Hindu Kandariya temple in India, and the Dome of the Rock in Jerusalem. 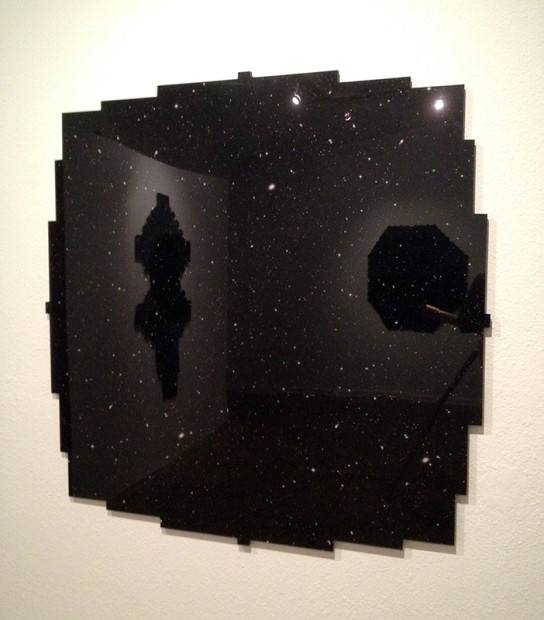 From Sauter’s “Shape of the Universe” at Fl!ght Gallery

Clear and distinct, the eternal blackness of space sprinkled with galaxies is shaped religiously, regionally—differently. The only thing missing here is a continuation of shapes—Sauter could take on just about every church, temple and sacred site known to man with this idea. Limiting it to a kind of East/West quartet shapes the conversation more tightly—but I prefer the insinuation of the image taking on thousands of architectural structures, representing thousands more belief structures. Our perception(s) of that incomprehensible eternity out there has and continues to take on a multitude of shapes. 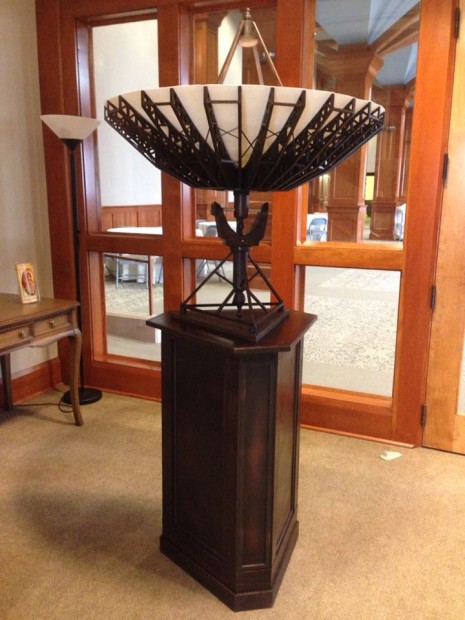 While Faith and Reason plays further with text and photographs from inside an airplane, triggering subjective reactions, Communion aims to bring us all back together, just as the title suggests. No, we are not going to imagine eating the flesh and drinking the blood of Jesus—instead we are gathering around a sculpture of a radio telescope to digest our capacity to listen and observe (it even takes on the look of a goblet, a dish, the lamp behind it—you get the idea). Quite holy, if you ask me. Only when we shut our biased asses up and listen can we can truly contemplate the Almighty, or the billions of measurable years it took for our world to exist—or the billions of galaxies and/or atoms in which it exists—all the massive consequences and/or the minutely inconsequential.

A good artist, I’ve always thought, has to be a great observer first. Sauter’s observations and his impressive pilgrimage of shows are all stops on a bustling, healthy playground. It helps us—dare I say—evolve. It peels away this dichotomy that wickedly dupes us, and saves the conversation from becoming boring as Hell.