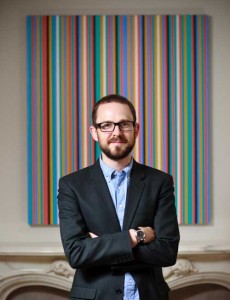 Photo via The Art Newspaper

James Cope, former director of sales at New York’s Marlborough gallery, moved back to Dallas this spring and launched COPE PROJECTS, serving as art advisor and curator. His plans were to put on two shows a year in Dallas and two in New York and, indeed, he brought the first-ever collaborative works by Dallas artists Ludwig and Marjorie Schwarz to the New York’s New Art Dealers Association (NADA) fair in Meet the Schwarzes in May. Now, Cope has announced that he is opening a Dallas project space to be called And Now, reports The Art Newspaper, scheduled to open on January 18.

Cope previously served for six years as the director of Dallas’ Goss-Michael Foundation, whose mission is to highlight contemporary British art (originally formed to share the personal collection of recording artist George Michael and his former long-time partner Kenny Goss). Cope, who is also British, now seems focused on continuing the Dallas-New York conversation; the first scheduled show at the Dallas gallery will be a three-person exhibition of New York artists.