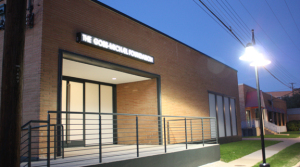 Artnet asks: “Who are the Henry Clay Fricks, J.P. Morgans, or Andrew Carnegies of our era?” In Texas, I would likely point to the de Menils and the Nashers, but Artnet News had other ideas and were going for smaller, younger, quirkier. In its recently published list of Top 10 Private Contemporary Art Museums, two Texas non-profits made the cut: The Goss-Michael Foundation in Dallas, and the Linda Pace Foundation in San Antonio. What, no Rachofsky? It looks like Artnet left off those gifting their collections to major museums, so despite the fact that the Rachofskys have not one but two non-DMA spaces dedicated to their collection, the DMA’s eventual windfall keeps Rachofsky off the list.

The top ten list of course includes the De La Cruz and Rubell Family Collections in Miami, and Peter Brant’s place up in Connecticut gets the top spot (thought the choices aren’t really ranked).