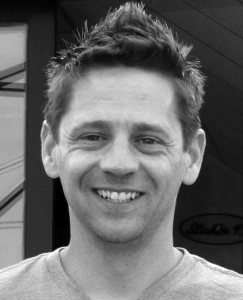 A couple of days ago the Goss-Micheal Foundation (in)formally announced that it had added Michael Mazurek, the ultra-active Dallas artist and co-founder of the DB/Dallas Biennial series, as its “newest member of the staff.” With some probing, we now know that more specifically he’s been appointed curator at the foundation. Mazurek, through DB and other initiatives, has indeed been curating various kinds of shows for some time, and this is an interesting development in his career. In a later statement to GT, the foundation wrote: “Michael Mazurek has been brought on as curator, working with the Goss-Michael Foundation’s collection, organizing exhibitions and continuing the programming initiated by Kevin Jacobs, such as (FEATURE) and the Artist-in-Residence program.”

As for Kevin Ruben Jacobs, who had a curatorial role at Goss-Micheal? The foundation wrote: “Kevin will continue to work with the foundation in an advisory role, assisting with future programming and curation including the Angus Fairhurst exhibition later in the year. He will devote his extra time to other endeavors including developing the next phase of OFG.XXX, independent curation, and consulting.”