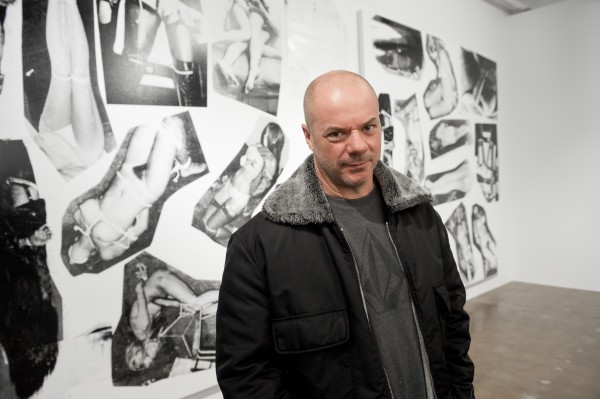 Weaving together the movie star and the rock star, Fame holds a place of honor in contemporary art.  The Goss-Michael Foundation’s retrospective of the work of Russell Young includes pieces owned by Angelina Jolie, Brad Pitt, President Obama, and the late Elizabeth Taylor, and its paintings find Mick Jagger, Sid Vicious, and Elvis in the hallway, Brando in three places, one Kennedy alive and one Kennedy deceased, the Magnificent Seven, Bardot, Ali, and of course, Marilyn. 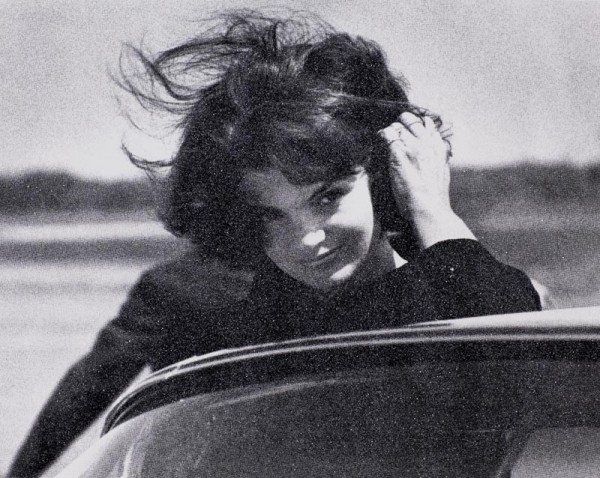 So from the start the odds were probably against “Only Anarchists Are Pretty,” the seven huge enamel screen prints engulfing the Goss-Michael Foundation’s front gallery. God, they’re bold. Colorless images of women in bondage are scattered over each canvas, all repeating the same handful of images with duplicates arranged topsy-turvy inside each composition. The images swallow you whole the second you enter the gallery, and the shock and edginess is something expected of Goss-Michael, so you marvel at the nerve and feel delighted. Moving from canvas to canvas, you think, “This is awesome.” Weirdly maybe, I didn’t automatically see the women as in distress — you can’t see their faces so you can’t see fear, and kinky sex is among us and frequently visits our visual culture, and I don’t jump to women-as-victims assumptions naturally or willingly. But I stood there a while, having inspected each canvas, catching the rhythm from the room, noting the elements the artist whited out, noting the one recurrent shot of a pair of male hands tying a knot over a bound naked woman, and realized I was surrounded. The longer you stand in the middle, surrounded, the more you feel just that—surrounded. I was holding my breath. Fight or flight? Or stand there like a dumbass not able to move and in total denial that you don’t have control of the situation? Yeah, kind of like that.

In February 2010, Young was diagnosed with Swine Flu and nearly died, surviving an eight-day induced coma. It changed his work, assembling a “rough energy of violence, sex, and power,” as his website bio states, intended to reveal the “nature of trauma.” Two screen prints in the hallway from a series called “Helter Skelter” deliver you between worlds.

So, right, back to glamour. The Bardot is particularly stunning. The artwork isn’t labeled by private collection so you don’t know which one belongs to Angelina, and I did not care. Ali preens you in the eye. It’s good art that glitters, but you know you’ll be walking back through that front gallery, so you prepare and make small talk with Kevin Ruben Jacobs working the desk, but it’s no good, it’s too late for that. 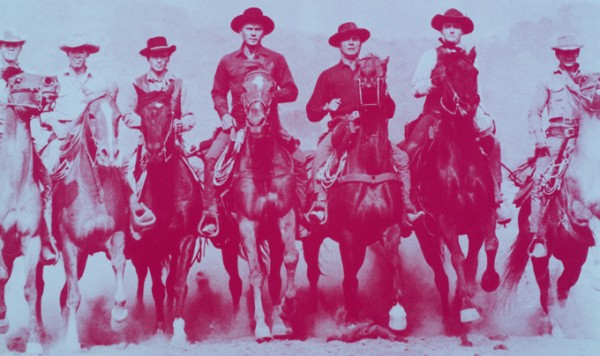 Aren’t these editioned?
I doubt the celebs loaned the work out. If they were on loan from high-profile owners, woudn’t the labels or checklist read: “Courtesey ____” or “Private Collection”? If they are editioned, then Goss could consign one from an edition, from the representing gallery. Just asking.

Well, the press release’s bolded headline reads “Work in the Collections of: President Barack Obama, Elizabeth Taylor,
Brad Pitt, Angelina Jolie, and More.” So that sets the expectation. There isn’t a mention of editions, though the edition theory could explain why they weren’t labeled. Adding “Editions of” at the front of that headline would certainly make it less sexy.