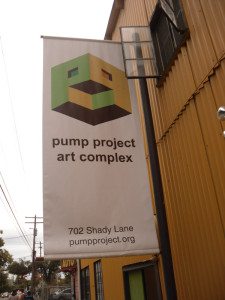 After seven years as gallery director, Debra Boz is leaving Austin’s non-profit art space Pump Project and Rebecca Marino will be taking over as new director. Marino, who began as a volunteer in 2007 under the mentorship of Broz, has been running the Pump Projects’ satellite Flex Space for over two years. Although the two spaces have taken somewhat different curatorial directions, “It will just be a merger of the two,” Marino told the Austin Chronicle. “We’re really just bringing the scheduled Flex shows to the main gallery.”

Austin’s Conflict of Interest is Publishing a Book!