Soft Wax, a dense and forceful exhibition at Pump Project in Austin by UT grad student Adam Crosson, employs the Cartesian coordinates as a guiding theme; it reaches out in all directions. The physical arrangement of the show creates a dynamic where Crosson’s enigmatic photographs are intentionally overpowered by his bombastic sculptures. Crosson is an architect by trade and his work is as considered and engineered as a building. And walking through the show is a distinctive physical experience, too—there’s more to it than just intellectualizing the aesthetics or parsing the content. One has to move around treacherous-looking sculpture and be buzzed out by the odd and inescapable lighting. 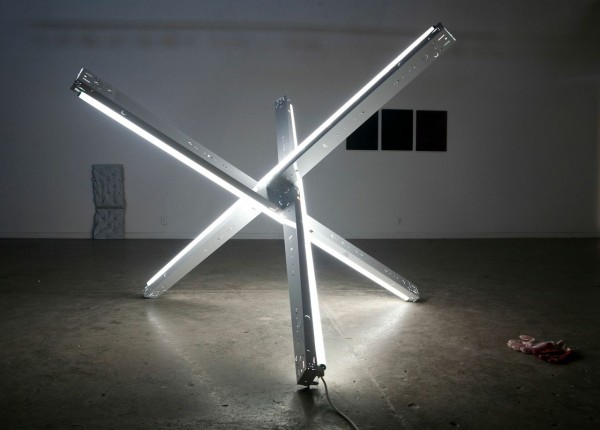 The above mention is really an introduction to the most consuming piece in the exhibition: it’s a large fluorescent light contraption called “Czech Hedgehog.” A Czech Hedgehog is a military anti-tank obstacle originating at the Czech/German border in WWII—it’s a giant round 3-d spike rig made of metal I-beams or railroad ties, and was notoriously effective. Crosson’s hedgehog, made of lengths of fluorescent lights in their casings, is the only source of light in the gallery—and like some kind of vacuous specter it sucks in as much light as it puts out, and by design, demands attention and puts an ever-present strain on the eyes. The space is filled with a bluish glow; the photographs and other works are cast in shadow or illuminated merely by the eerie light. They are subjects of the sculpture’s supremacy. You can see the reflection of “Czech Hedgehog” on all glassy surfaces—framed photographs, a person’s eyeballs. It’s truly a martial object.

It’s got company: frightfully and awkwardly balancing near the back wall of Pump Project is “One Leg to Stand On,” an intersecting cross slightly taller than a person and made of plaster and metal rods with rust stains blooming across its surface. The column is a nod to the deep architectural history in London (a place where Crosson has spent some time) and the imperfect relation of classical and modern structural design and the overall tension it creates in the historic city. But like a ruin of some unspectacular contemporary building, it stands like an abandoned relic. 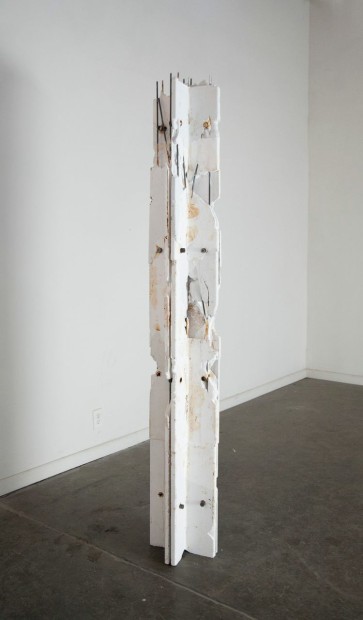 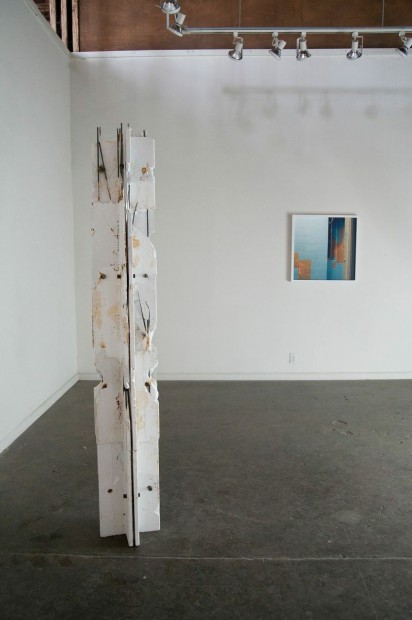 The quiet and clunky sculpture “21B” is a cement cast of an airplane seat cushion. Leaning against the wall, full of washer holes and copper rods, its implications of existing outside of its intended time and space–of being nowhere and yet somewhere very specific–is an ambitious prospect for this chunk of cement. 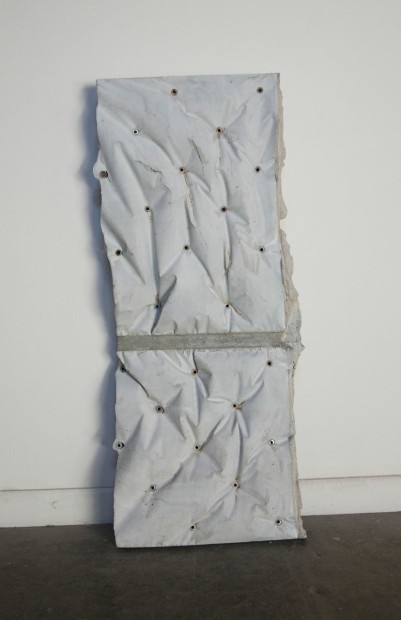 The photographs “Occidental Geometries,” “Greenwhich Foot Tunnel” and “Occidental Geometries, Whitechapel Lane” flank the walls around the hedgehog; they are of spaces in London. One is of a wall inside the hallway of the artist’s former home in London, and the other a strange first-person perspective of the Tube (subway) from inside an open elevator looking down a long enclosed underground hallway. The start points and thrust of hallways evokes Crosson’s intersectional axes. These images are very flat; the jaundiced artificial underground light in the photographs and the mental impression of a foggy London atmosphere combine with the overpowering fluorescents in the gallery (not to mention the work itself being a product of light)—it’s as if light itself becomes another piece in the exhibition, or at least a heavy thematic player here. 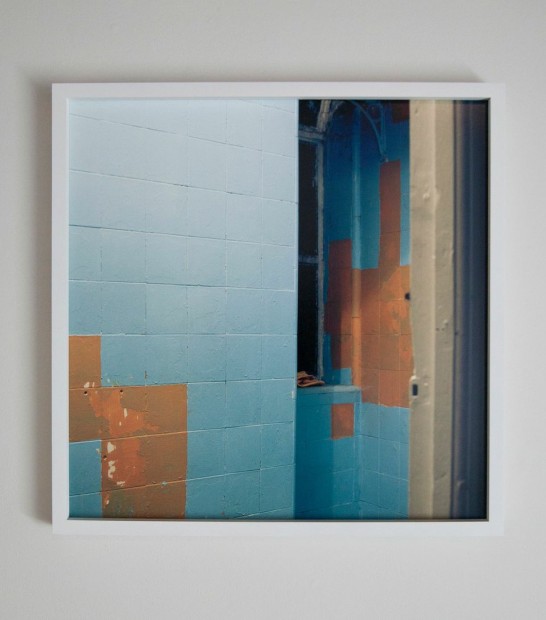 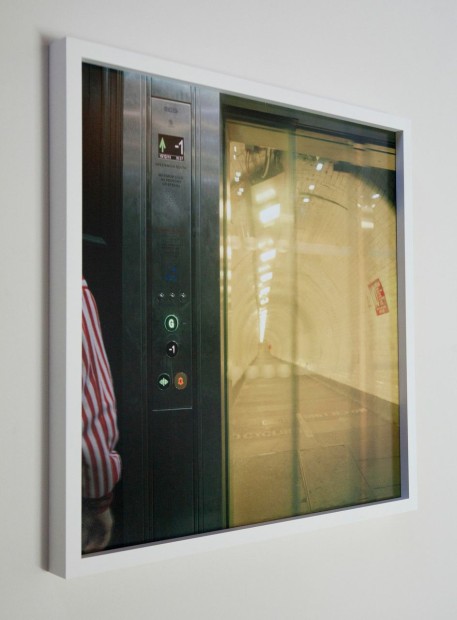 Soft Wax expertly layers a concentrated conceptual theme with a purposeful industrial aesthetic. It’s an ambitious and heady exhibition, and in the way of his sliding trajectory from architect to artist, Crosson has successfully questioned and morphed the boundaries between physical and theoretical space.

How About Some Breakfast With That Art?

Pump Project to Move into New Space Across...

inspires me to step outside the box

Run out of the box!!