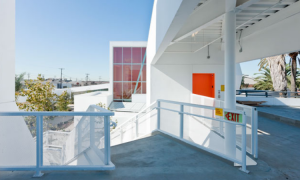 The Moody Foundation has awarded $20 million to Rice University for a new Center for the Arts. The 50,000-square-foot building, currently in the predesign phase, would provide lecture and studio classrooms for arts making; a theater venue for experimental and smaller-scale productions; and galleries both for exhibition of faculty and students work and curated exhibits by Rice and jointly with the museums of Houston.

President David Leebron said, “Importantly, this building will enable Rice to enrich its relationships with the Museum of Fine Arts, Houston (MFAH), the Menil Collection and the city’s other exceptional art institutions, and be a great resource for the city as well as the campus.”

“The Moody Center will foster creativity in arts much like Rice’s Oshman Engineering Design Kitchen enables creativity in engineering,” said Caroline Levander, vice provost for interdisciplinary initiatives, who will oversee the center along with a faculty director funded with an endowed position.  Levander said the new building would “complement our existing facilities devoted to the arts,” leaving it in doubt whether the new building would replace the Rice Gallery in Sewall Hall, and be built on the site of the 40-year-old Rice Media Center.

The new building has been in the works for a while; as Glasstire reported in January, 2012, Architect Michael Maltzan of Los Angeles is under contract for a pre-design of the new facility, and hopes are that the new building help leverage support for the launch of a Rice University MFA program.

The Moody Foundation was established in 1942 by William L. Moody Jr. and his wife, Libbie Rice Shearn Moody, to benefit present and future Texans. Moody Gardens in Galveston, Moody Coliseum at Southern Methodist University in Dallas and the Moody Theater in Austin are among the beneficiaries of the foundation’s generosity.

Stephen Fox Responds to Our Reviews of KARIM...

Wow, that’s really great for Rice!!! Too bad the Moody’s can’t seem to spend even $2.5 million in their own back yard to get the Galveston Arts Center back on track… Sad for GAC and Galveston.

Alex, you are so right!

Congratulations to Rice University and the Moody Foundation!! Let’s hope, as President Leebron states, that the “building will enable Rice to enrich its relationships with the Museum of Fine Arts, Houston (MFAH), the Menil Collection and the city’s other exceptional art institutions, and be a great resource for the city as well as the campus.”
As a MFA graduate from another Houston university and having worked here in one of those “exceptional art institutions” for fifteen years (directly with university students!), it has been my experience that Rice University art students are far, far less engaged with the Houston arts community than than are students from UH (all campuses), TSU, and HCC.
Rice is only a few blocks from the museum district, so it would seem to be a natural partnership, yet the Rice art students retain a bizarre lack of curiosity about the Houston arts scene. Outside of the Menil (family)’s involvement with Rice and retired professor Bill Camfield’s insistence on his students’ engagement with the outside world, there just hasn’t been much going on in the way of community involvement in the past couple of decades.
As for the Houston art community’s involvement with Rice, I don’t think we’ve been made to feel very welcome. Let me just say one word: PARKING.
Non-student art-enthusiasts either face a crazy and difficult half-hour search for an obscure pay-visitor parking lot a half-mile away or give in to the inevitable ticket/possible tow. Most art events are in the evening (with very few classes going on) and, yet, at a recent late-night RMC event, I watched a purposeful and evil parking lot guy sit and wait for the 90-minute film to begin so he could hand out the tickets to all the cars parked in the 15-minute spots. Also, the introducer/professor delayed the guest speaker and film by more than 15 minutes because of presumed parking difficulties.
RICE UNIVERSITY: You have very excellent and internationally-recognized programs at the Rice Art Gallery and the Rice Media Center. Share them with the city! Let Houstonians flank your students at your events and whisper, “Dude! You are so lucky to go here!”
Oh yeah, and Rice kids— prove me totally wrong! Go out in the town and make some noise!!!

I went to Rice as an art and art history student (after washing out as a math major) in the 1980s, and I was definitely unengaged with the Houston art scene. For Rice students, there was a feeling that everything you needed was there at Rice and everything beyond the hedges was somewhat irrelevant. And Rice students over all had a very smug attitude about UH students, something I now regret highly. I don’t know what it’s like for current Rice students, but the hedges are still there…

Oh, and visitor parking at Rice definitely blows, especially if you going to the Media Center. But if you’re willing to pay, there’s almost always parking under the business school (across the street from the gym, where you can see a really cool Aurora Robson sculpture).

Paula,
Your comments are always the best! Keep them coming.
Sissy