Experimental Eye and The Sounds of Silence.

The next 6 weeks bring Houstonians rare opportunities to see some of the most dynamic experimental films in history- many shown on delicious 16mm film! 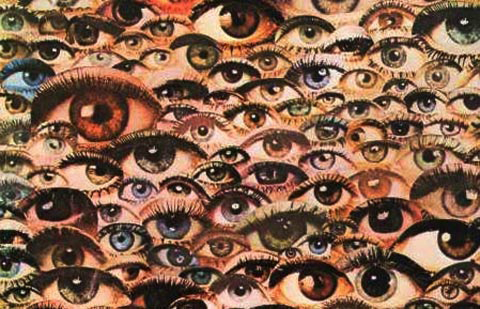 Four upcoming film screenings–one presented by the Aurora Picture Show, and three co-presented by the Menil Collection and Rice Media Center–showcase a diversity of historic films alongside contemporary work. The Aurora’s Experimental Eye program and the Menil’s Sounds of Silence series are unrelated, but happen to compliment each other very nicely. These programs are thoughtfully assembled selections highlighting the intersections of visual art, music, and moving image disciplines. They especially celebrate the creative interplay of image and sound. And it’s my understanding that they’re all preceded by drinks!

The vibrant yet fragmented history of nontraditional, sensory cinema is often overlooked, treated as tangential, relegated to the realms of weirdos and film geeks. But we’re starting to catch up and catch on that these celluloid experiments are prescient precursors to our current audiovisual culture­– much more than, say, Casablanca. They speak to what we’re seeing now both in high art contexts and on our pop-culture screens. If I had to suggest an independent film curriculum for the uninitiated, I wouldn’t begin with cueing up “the classics” on Netflix, I’d suggest getting good seats at all four of these upcoming screenings. 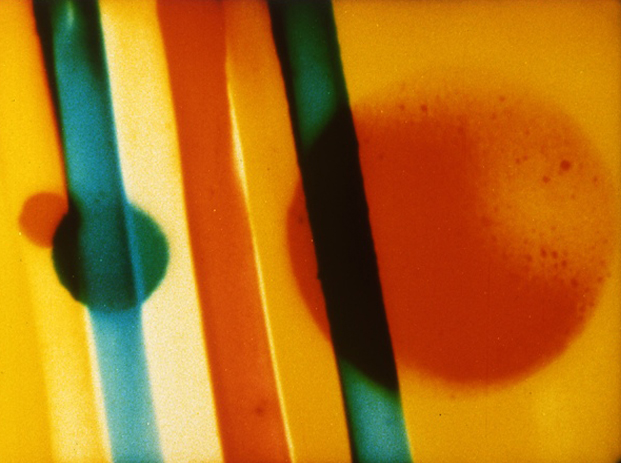 The Aurora Picture Show’s Experimental Eye program this Saturday, August 18th is curated by filmmaker Kelly Sears and is filled with shapes, patterns, and collaged fragments in motion. The earliest film in the program, Color Cry, is a nice nod to the early pioneers of abstract animation. It was made in 1952/53 by New Zealand-born filmmaker Len Lye, who was the first artist to do cameraless, direct animation (drawing, scratching, and laying objects directly on the raw film stock). Created nearly 60 years ago, Color Cry’s kinetic abstractions move and jump to the howls of bluesman Sonny Terry. The program’s other historic works come from the early 1970s, including Larry Jordan’s cosmic, cut-out animation Orb (1973), Frank Mouris’ brilliant autobiographical collage film Frank Film (1973), and an early computer animation made by Lillian Schwartz in 1971 (which will be viewed with 3D glasses!) Experimental Eye also includes a number of contemporary works, including a 2009 film by master collagist Lewis Klahr. 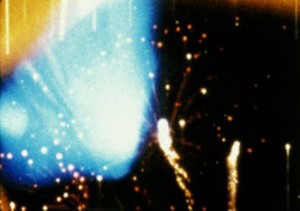 Still from the film Looking for Mushrooms, Bruce Conner, 1967.

Then, in conjunction with the Silence exhibition, The Menil Collection and Rice Cinema co-present three Monday-night screenings of not-so-silent cinema, curated by Steve Seid, film and video curator at the University of California, Berkeley Art Museum and Pacific Film Archive. Seid will be in attendance at the first screening in The Sounds Of Silence series (Monday, Sept. 10th) to speak a little about the selections and draw connections to the exhibition. Maya Deren’s surreal classic, Meshes of the Afternoon (1943), Joseph Cornell’s found footage assemblage, Rose Hobart (1936), and Harry Smith’s abstract jazz animation, Film #3 Interwoven (1947-49) are among the great, early masterworks included in the programs. Barry Spinello’s Soundtrack (1969) illustrates a direct correlation of image and sound, with hand-painted abstractions creating both the projected image and synthesized sound simultaneously. The two versions of Bruce Conner’s Looking For Mushrooms shown in the second program- the original set to familiar pop music and a later revision slowed down and set to much different, original music by Terry Riley– provides an interesting comparison of the effects of different sound and pacing. Stan Brakhage’s The Riddle of the Lumen (1972)–one of the few films in the series that are actually silent–is a beautiful conceptual translation into light of the normally verbal form of riddle. Important video art pieces such as Steina’s Lilith (1987) and contemporary works by artists including Nathaniel Dorsky, Steve Roden, Peggy Ahwesh, Scott Stark, Scott Wolniak, Stephen Vitiello, and Semiconductor show the trajectories of our grand audio-visual experiment. 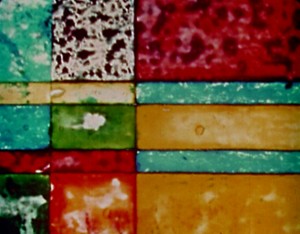 These eclectic programs provide invaluable glimpses across the histories of moving image art. In other words: must-see eye and ear candy.

THE SOUNDS OF SILENCE