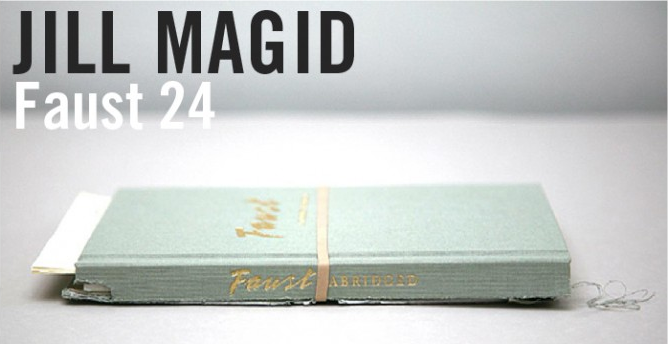 As another exploration of the catalysts that drive human behavior, Jill Magid has continued her investigation of gun violence in Texas with the exhibition titled Faust 24 at Galería Labor in Mexico City.

Recently, the issues of context and translation have been on my mind more and more since I’m crossing a border and working on projects in two very different cities. Magid’s latest exploration of gun violence in Texas hits directly on the nerve of the questions I’ve been asking myself: How do exhibitions translate between countries and cultures, and when is specificity compromised for an exhibition? 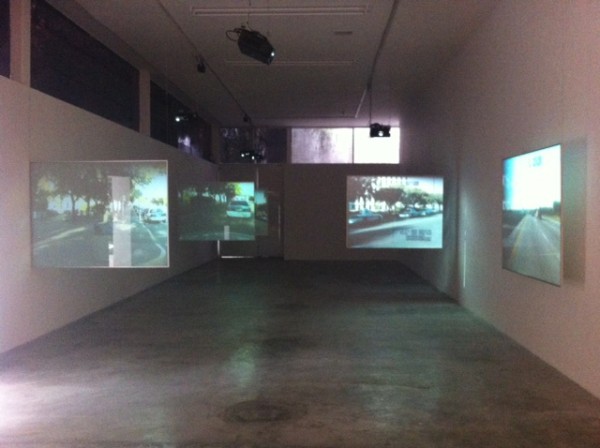 Unlike Magid’s Failed States shown at Arthouse at the Jones Center in Austin around this time last year, Magid has chosen to focus Faust 24 on the school shooting at The University of Texas at Austin in 2010, where a student named Colton Tooley opened fire on campus with an AK47. Police footage and related 911 calls are projected onto multiple screens suspended in the gallery space, and the audio echoes throughout the white cube. A car’s rearview mirror hangs on another wall, with the phrase ”pay attention to who is directly in front of you” across the bottom, in English. Isolated on a table is the Spanish translation of a tragic play titled “Tooley: a Tragedy” alongside the Spanish translation of Goethe’s “Faust.” Both plays are open to page 24, where suicide is either confirmed or an imminent part of the story. 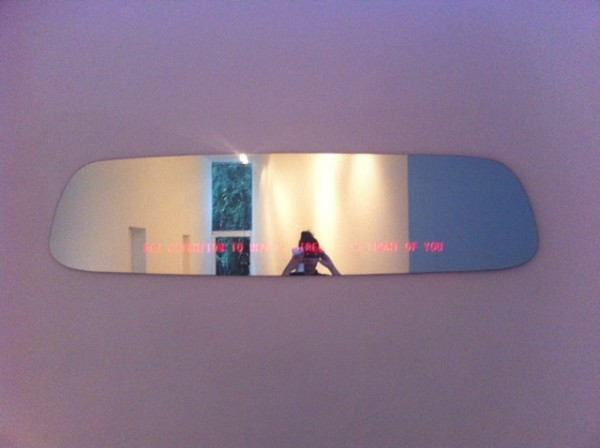 I remember the day the shooter was on campus. I had just recently graduated from UT, and was working at Arthouse just down the street. I remember being concerned for friends and colleagues on campus, and desperately trying to reach people who I knew would be close to where the gunman was. Walking through Galería Labor in Mexico City and being confronted with this day was awkward at best. The exhibition adequately confronted the role of violence and human behavior. I grew up in Texas, I am accustomed to gun culture, and as tragic as it is, I have also become accustomed to hearing reports of random school shootings every few months. However this shooting hit close to home, and the exhibition reminded me of that. 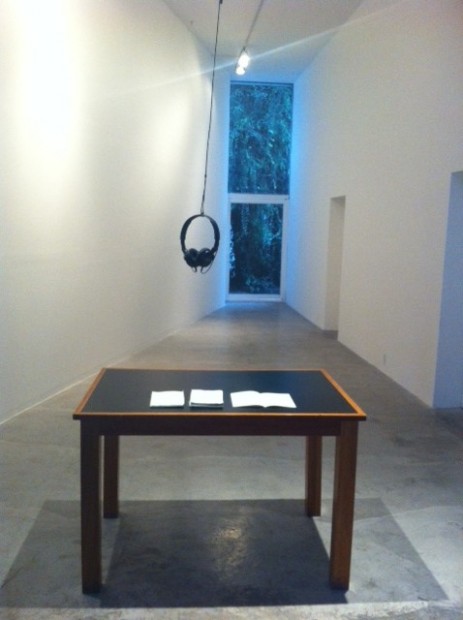 To flip the coin, I found myself asking if the same were true of the Mexican audience. Galería Labor is a big and important commercial gallery in Mexico City. They can afford to take risks, and they do. But when asking around about the exhibition, what I got in exchange were a lot of blank stares. Gun violence in this city is extremely minimal. Carrying a gun on your person is unnecessary and rare, and open violence against people in your own city is shocking. True government violence does still happen, take the recent arrests and protests during the inauguration of the president as a very clear example. However, in the case of Mexico City, which is a totally different beast from the rest of the country, citizen-against-citizen violence is extremely rare. 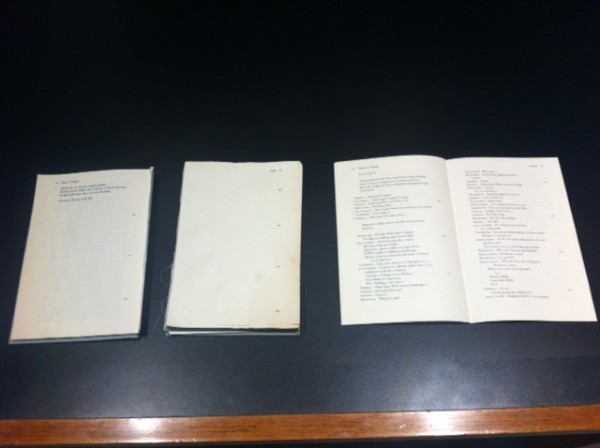 So I wonder about these things. I wonder to what extent Faust 24 at Galería Labor simply became lost in cultural translation. Or could it be the reverse, where Faust 24  becomes a commemoration of the events that occurred on campus, instilling the day in people’s memory and becoming a reference for history? Or could it be that the meaning of the incident is just lost from one side of the border to the other?

…all things that I have been mulling over the past few weeks, and happy to talk about thanks to Jill Magid.

Art, Anthropology, and Events at The Contemporary Austin’s...