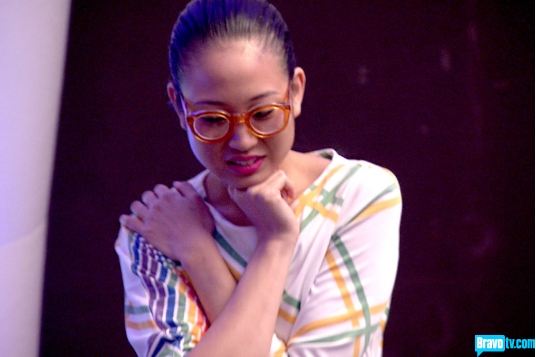 “Wait. Being a Gallery Girl actually requires work?? Idk how I feel about that.”

Just a heads up:  this week I may end up skipping a pretty large portion of “happenings” on the show in order to vent a little bit on a different gallery girl related topic.  So if you’re looking for a strict play-by-play this week, you’re going to have to google something else.  To be fair, all Liz and Maggie did this episode was argue about Maggie’s friend getting drunk at da club and sit, hungover, at Eli Klein’s Art Asia booth.  Super exciting times in the neighborhood, I know.

Last time we left the End of Century girls in Miami they were attempting to plot their Basel adjacent pop-up with about two days notice, no walls or lighting to show off their merchandise, no budget (not a good thing to have at Basel Miami), and zero will to do any work.  Fortunately for them Amy has something to prove to Sharon and disposable income.  At the very beginning of episode 7, while the EOC girls lounge by the pool and talk about how impossible their pop-up is, Amy calls them to reveal that she spent like two grand to get them a tent, lights, and have a wall built.  While Amy calls it an “investment in EOC” I’m pretty sure that $2,000 is sunk and was just meant to be a big ‘F-You, Sharon.’  Even the girls she’s helping think ‘someone needs to check her into the loony bin.’

At Cafetina, the site of the pop-up, the EOC girls focus on getting ready and sitting at their tables looking sullen while Amy runs around and organizes everything.  Then, when no one shows up, the other girls continue to sit (super helpful guys) and Amy runs out onto the street to tell people about the event to get them to come inside.  She also calls her trusty friend Jane Holzer who comes in and immediately scoops up about 3 bracelets before having a lively discussion about Angela’s photography.  Score 1 for Amy and about negative 100 for Claudia, Chantal, and Angela.  Even though the EOC girls came out on top monetarily from this little gathering, Amy clearly won the “watch me be a professional” round.  Don’t get me wrong, most 25-year-old gallery girls don’t have two grand to spend on someone else’s pop-up gallery, but at least Amy showed she can put in some work.  Unlike the EOC girls, Amy seems to understand you can’t just wave a hipster wand and have an exhibition appear with people magically buying up all your merchandise.

Once Basel is over, Amy spends a little time with the fam and gets the dreaded apartment talk.  Apparently her parents have sold their NYC apartment that Amy is living in and she needs to be out on her own in two weeks.  Instead of having a momentary mental breakdown like I would probably have faced with this situation, Amy maintained her composure and dodged her dad’s ‘can you support yourself’ questions with ease.  I know, I know.  Poor little rich girl, right?  How can you feel sorry for someone who, in her twenties, has that kind of cash (or at least pull with her dad) to spend on someone else’s event?

Well in this episode I actually do have sympathy for both Amy and Kerri.  And they haven’t even done everything the right way.  Amy majored in art history for undergrad, then, according to ArtInfo.com who cite Art in America as a source, got kicked out of Sotheby’s Institute, and followed that debacle up with several internships which, if her internship with Sharon was any indication, probably were dotted with consistent tardiness.  Kerri, on the other hand, didn’t study studio art or art history and, now that she’s decided she likes art, seems to be working her ass off at her first official art related internship while juggling a full-time lifestyle concierge job.

So why do I feel bad for Amy in particular?  It’s because I’m in a similar job searching predicament. Except if you ask anyone who knows me they will tell you I’m doing everything right.  I have never been fired from an art related job, have actually been asked to return or promoted at several, completed a Masters degree in Modern Art History, Curating, and Criticism (whatever that means), and recently wrote the main text of a book about Houston-based artist HJ Bott.  **Shameless plug, if you like geometric abstract work and really talented, prolific, and intelligent artists you should check it out.  It is currently being sold at River Oaks Bookstore in Houston.**  Oh and the other difference I have with Amy is that I’m just looking for a second art related part-time job.  Yes, you read that right.  PART-TIME JOB.    And after watching these girls parade around in NYC for the last seven weeks pretending to be gallery girls, I have to say immediately after watching this week’s episode I became insanely pissed off.  Not at anyone specifically or even the girls on the show or Bravo, I just became pissed off at…I honestly can’t even pinpoint what exactly.

It’s not my boss at the gallery.  She’s awesome and, thankfully, has hired me at a fair wage for a solid number of hours a week.  That job at least is a genuine part-time position.  It’s not the nice people who offered me a job doing some marketing work for their art-related business.  I actually read their email right before watching ‘Gallery Girls’.  It’s a great opportunity and I’m taking the position, however, they can only have me work a maximum of 10 hours a week so that’s a bummer.  And while the wage is totally fair, it isn’t exactly lofty enough to make up for the fact that I can only do 40 hours of work for them in a month which means that, even though I will work for them, the art gallery, and write a bit for Glasstire,

Thankfully, my parents haven’t quite reached the same point as Amy’s just quite yet.  Dad does wish I would give up on this little gallery girl dream to work in a nice museum, but considering my work history, he doesn’t totally mind helping me out a bit, even if he does think I’m totally crazy for it.  I think I just got pissed off because I have a Master’s degree, solid resume, write for Glasstire, and wrote a book and I can’t find a second  part-time job in the art business.   I may even have to go back to putting clothes on hangers for 6+ hours a day like I did at my last second job.  And that seriously sucks.

So next time a gallery girl isn’t 100% friendly when you walk through the doors or takes more than 5 minutes replying to your gallery related email, give her the benefit of the doubt.  She’s probably just tired and a smidgen pissed off at the world today.  Or she might just be a self-entitled bitch.  I have seen a few of those floating around and not just on Bravo.

Next week on the SEASON FINALE of ‘Gallery Girls’:

Liz ignores Maggie and Maggie hates Liz… Now that Maggie has a new opening in her friends circle, she apologizes to Amy and tries to recruit her…Claudia considers quitting EOC and Chantal doesn’t think that’s a bad idea.  Apparently they hate each other. Again….Maggie leaves Eli Klein.  FINALLY.

Thanks for this recap. I am so far behind on this series, and can’t believe it is finally over! I missed the past few episodes because of my new work schedule at DISH. When this show first premiered I didn’t think I would like, nor relate to any of the women of the show especially when I saw Amy carry a ‘Birkin’ bag. This show has definitely grown on me, and I hope Bravo renews it for another season. My Hopper recorded the past episodes, and since there is so much DVR recording space I’m not worried that I used up too much room. I think most of us can relate to struggles in our own lives, but this demonstrates those who chose to rise above those challenges instead of settling for defeat.

I can DIG it. Vent it out lady, you’re speaking the heavy words of truth.
Amen.

The plugs are very much appreciated, Casey. I’ve always worried about Gallery Girls since beginning this adventure in the arts. Gallery internships have been masterly crafted into extended no-pay and low-pay. Thank you for solidifying this so well. Bravo also provided us with an inside that so much of “dealing” (whatever) is a soap opera.

Maybe you are ready for the gallerist plunge. Many blue chip gallerist began as a dream after numerous bouts with reality. Casey, you brought us much reality from your experiences as they related to Bravo. There are many retail spaces crying for tenants that can draw more tenants. A deal can be struck.