“Michael A. Morris: It’s Just Meant to Be” at Oliver Francis Gallery 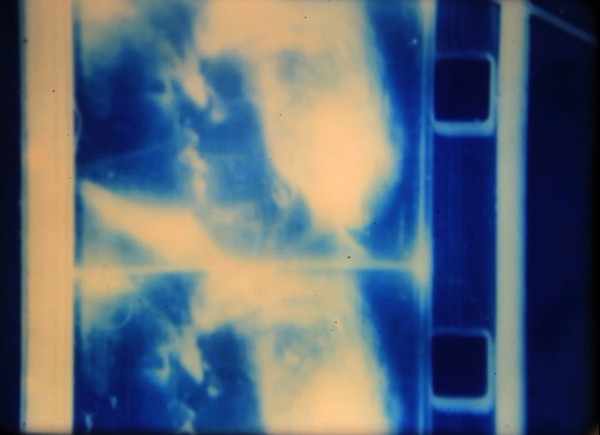 “It’s Just Meant to Be” is remarkably barebones for a film nerd’s nirvana. It is also visual art for people who wanted Walter Isaacson’s biography Steve Jobs for Christmas and got it. And it’s a little like standing in the much-missed And/Or Gallery once again – smart new media-type stuff in a tiny space that (mostly) knows how to show it.

It’s Just Meant to Be (16 mm loop, 2012) is essentially a study in varieties of passive dogmatic clichés. A black and white image of a mass of thousands of people is projected on the gallery wall, blurring out as the text of each empty comforting phrase is superimposed on top, then coming into focus again, briefly, before the next empty comfort:

It’s just his time to go.

It is what it is.

It’s out of our hands.

It’s just part of his design.

I can never get enough organized religion bashing, but that night I came close to gratification.

Sharing the dark backroom with It’s Just Meant to Be is Blue Movie (16 mm, 2012), one of four pieces in the exhibition with that name. This one moves. I might even say swims. The other three – all in the bright front room – are still images. All are beautiful. The still images are cyanotypes. A film reel imprints floating images on them — film history not in shades of gray, but in bright blue and stark white, oceanic and expansive, so it’s not like a composition at all, it’s like a window. The larger, moving version in back brings you much closer. It’s too intimate for a window. It’s an immersion that feels safe, filmic, and natural. 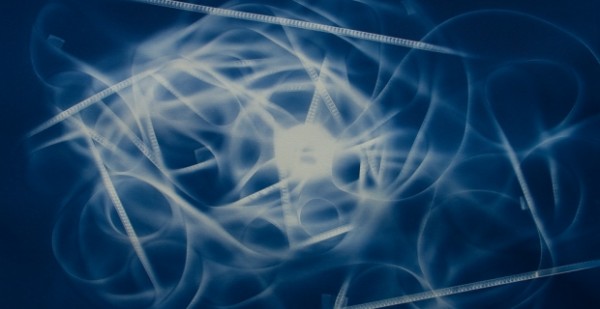 Two works revive media modes of yesterday, a large portable tape recorder and the concept of the record player as furniture. Wheel and Axle Machine (1/4” tape loop, inherited tape recorder, 2012) stretches a ribbon of tape horizontally along the gallery wall, anchors it at a right angle, then lets it shimmy to the top and back again. It’s working the whole time, and you can listen to it on headphones. It’s pretty great. I was scared to touch the knobs on the record player in A Gentle Mind Confused (7” record [edition of 10], record player, 2012) despite growing up with one much like it. That technology is unfamiliar now. Now it’s a curiosity. Now it makes me nervous. You put on headphones and hear a male voice read a poem by Candy Bar whose real name is Juanita. The poem is about solitude and if you want to hear it, you’ll be listening alone.

I do have one complaint, and that is Confessors (8 mm transferred to digital video, 19 minutes, 2012). I can have no criticism of the video itself, as I never got to actually watch it. I am not a fan of mounting headphones next to a video screen in a wait-your-turn jumble of people and the video is 19 minutes long, so I gave up. People were gathered around it, looking at it soundlessly (except the  person wearing the headphones). I dare say that at any given moment when I was there, more people were looking at Confessors than were looking at the moving Blue Cyano and the loop It’s Just Meant to Be, but Confessors was in the front room, the social room, and openings are social events. Confessors needs its own room, I suspect, because audio does matter. 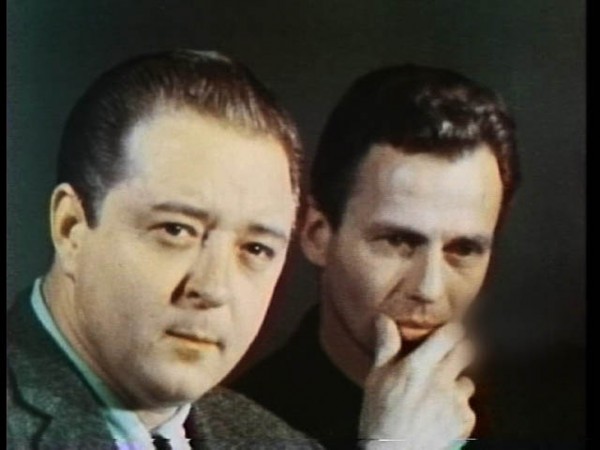 “Michael A. Morris: It’s Just Meant to Be” runs through February 25th at Oliver Francis Gallery.

Betsy Lewis is a Dallas writer who wanted Walter Isaacson’s biography Steve Jobs for Christmas and got it.

OFG.XXX Will Close Forever on Sept. 26

Thanks for this great article, Betsy! For those like yourself who didn’t get a chance to see Confessors properly (your point is noted, and I think this was the case for many people), I’m going to temporarily make it available online here because it does inform the other work: http://vimeo.com/33030750

Just a minor correction, the title of those 4 pieces is “Blue Movie”.

Sorry, I’ll fix that. This teaches me not to take notes on Starbucks napkins.

[…] Betsy Lewis on Michael A. Morris at Oliver Francis Gallery This entry was posted in Uncategorized. Bookmark the permalink. ← The Modern-Glenn […]

[…] Betsy Lewis on Michael A. Morris at Oliver Francis Gallery This entry was posted in Uncategorized. Bookmark the permalink. ← Hello […]