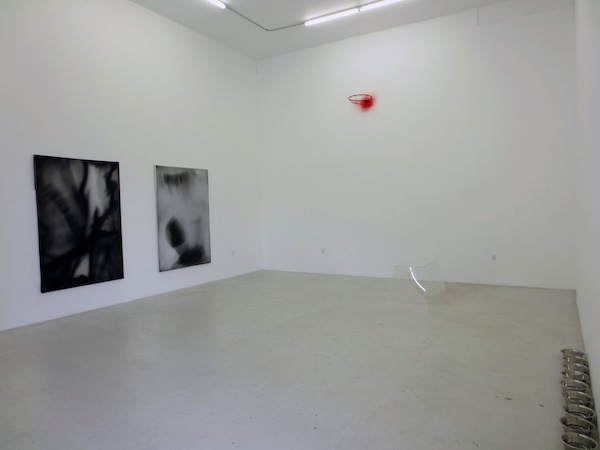 ‘entities should not be multiplied unnecessarily’
Ockham’s Razor

On June 14, Interstate Projects in Bushwick, NY launched a series called “6<<<>>>6,” a cycle of shows curated by young curators from all over the place (but mostly NY) to be mounted in Interstate’s three exhibition spaces throughout the summer. The program received quite a bit of preemptive press, which was exciting because among the first set of curators, along with Cleopatra’s and Rachel Steinberg, was none other than Dallas it-kid, Kevin Jacobs, the man behind the curtain at Oliver Francis Gallery.

For “6<<<>>>6,” Jacobs mounted a show called SKIM MILK which considered the principle of Ockham’s Razor as applied to the metaphor of skim milk: “Skim milk is a version of milk containing little to no cream (milk fat) from production, leaving skim milk fat-free. In essence, skim milk is the result of relinquishing fat as a seemingly unnecessary property from milk, which could be likened to a principle of economy in logic and language,” said Jacob’s curatorial statement. In the spirit of Ockham’s Razor/skim milk, he asked a handful of artists whose practices involve “generating hypotheses and initializing and negating variables that more or less create unwanted problems” to make work for the show: Morehshin Allahyari, Jesse Morgan Barnett, Michael Mazurek, Lana Paninchul, and Jeff Zilm.

I was curious about Jacobs being asked to curate the show at Interstate Projects  and what that says about his particular savvy in the wider “art world,” and what it could mean, if anything, for Dallas artists. 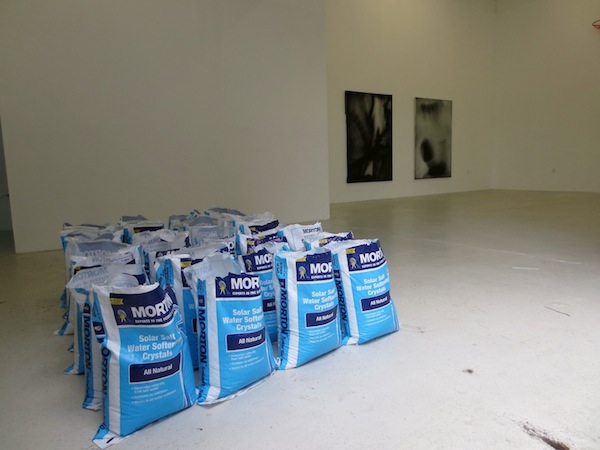 So first, how did it happen that a guy running a gallery next to a used car lot with really mean dogs in a rough-and-tumble part of Dallas get asked to curate a show in Brooklyn?

Well first, the environment that OFG exists within isn’t too far from the feeling you get walking around Bushwick. Although, I’d rather walk around Brooklyn in the early hours of the morning than Old East Dallas any day. I visited New York back in February to surprise Rachel de Joode (an OFG represented artist) at her opening at Interstate Projects and, while there, Tom (owner/director of Interstate) asked if I would be interested in taking over the main space of his gallery for a very interesting mix of curatorial projects through the summer months. I think working with Rachel de Joode and having the kind of programming that OFG does really helped this opportunity come about.

And how, when you got asked to do such a thing, did you decide who you would bring with you in the form of a show?

Initially, I wanted to put together a really heavy and political exhibition that dealt with relationships to law and conditional structures that govern societal and individual behavior. I’d still like to do something in that regard with more depth and character, but the path I was taking became a little too sterile and boring. The artists that I had contacted regarding exhibiting work relating to law and the like are the artists that are in the current line up for SKIM MILK, except I decided to have a more open-ended approach to working with them. I felt that there was a weird constriction by instantiating some sort of topical sentiment and decided to let the group do what they do. I trust everyone that I chose to work with. 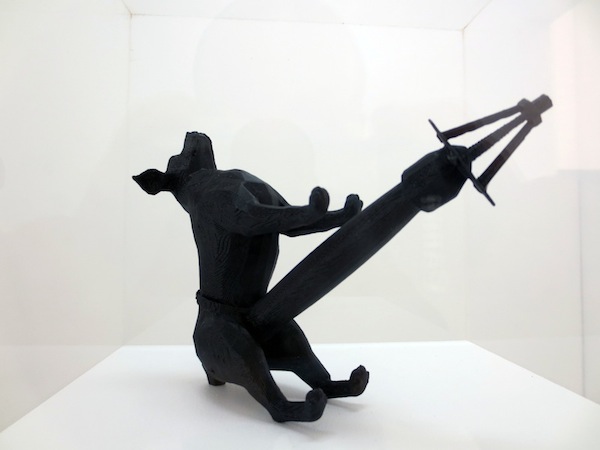 So, it seems like there is this cross-pollinating curatorial moment going on right now—smaller cities like Dallas, Detroit, and St. Louis are really starting to makes moves to get noticed outside of their own insular scenes. Subsequently, the big cities are starting to get wise to the fact that there are progressive things going on in between the coasts, helping to make homegrown artists from the smaller cities more viable elsewhere. I’m wondering how important you think it is for curators and gallerists from cities like Dallas to really get in the art capital trenches, like NY, to help their artists gain exposure? Put another way, is Dallas working hard enough for its artists?

For me, as a “Dallas-based curator,” gaining experience in NY is one of the most important things that I can do right now. I love being in a position to show artists that I really care about in a city that seems to give a lot more attention to art. It’s not the be-all-end-all, but it’s a really great start. I am hoping for more opportunities in the future. And in response to your last question, I am not really sure how to answer that. With the amount of effort that I put into showing the artists that I work with, I don’t really care about Dallas for Dallas and all of that talk. Dallas does not owe anyone anything. That’s the wrong approach and mindset. I like thinking about doing things for artists that deserve to be recognized, no matter where they are from. Yes, for SKIM MILK at Interstate, the artists I chose to work with are mostly Dallas-based, but that’s because of my situation. I have grown up in the “Dallas art world” and have learned about these Dallas-based artists more intimately than artists in other geographical locations.

I’m seeing a lot of air quotes on certain identifying phrases in that answer—”Dallas-based curator,” “Dallas art world”—which makes me wonder if you think it’s silly to have any identifying locale associated with a person or idea in the digital age, or if you think Dallas is just silly itself?

The more I think about this, the more I want to fully exploit the potential of exoticism that the word Dallas brings to mind to people outside of the state. I will have to admit, I love that I am from Dallas and doing things in Dallas and curating exhibitions with artists from Dallas. It raises eyebrows. Or makes people yawn. Either way, I’m content with the fact that a group of people (indeterminate size) are aware of us from the outside. I mean “us” in the way that Marx differentiates the haves and the have-nots (“us”). #UNDERDOG, baby. There’s no pressure now to relate to this certain geographical referent. I hope in the near future there will be enough good things happening in Dallas for people to actually pay attention and give a yam. I can’t say that is the case now, but the potential is growing. We have to remember that there is competition (here: minor, and elsewhere: major). And yes, Dallas is silly, but in the best way possible. 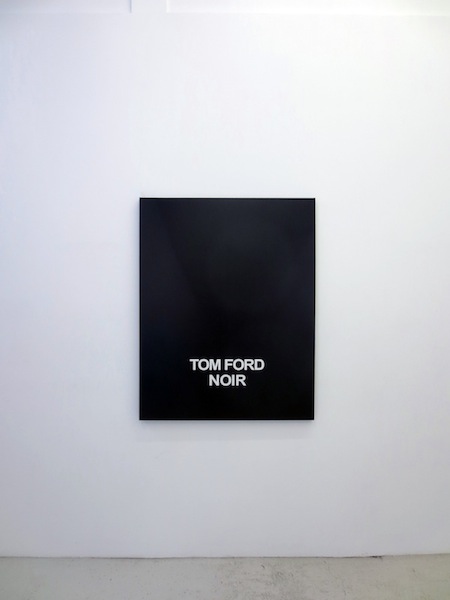 I heard you say at a panel discussion recently that you think Dallas needs to do a better job of branding itself in order to have a viable “scene,” and you suggested that the best, most influential way to do that was for Dallas to have a solid web presence. I’m wondering what role you think OFG’s web presence had in securing the SKIM MILK show, and how/if you think that presence helps re-brand Dallas’ art scene?

Without giving myself too much credit, I am still in love with the tiled .gif homepage of oliverfrancisgallery.com (the current .gif is by LaTurbo Avedon, an internet-based artist—yes, internet). People don’t have the incentive to come to Dallas for art (if they did, they should visit Art Peña’s studio warehouse, shared by Nathan Green, Matt Clark and Brian Ryden) like they do if they were to visit other big cities (names are a given). So what do we have to connect to other people interested in art that don’t think they have a good reason to come to Dallas? The world wide web. Digital connections, internet-based networking, Facebook stalking, tweeting and retwittering, getting information out using pixels and binary code. It’s simple and intuitive, just like Apple products are supposed to be. It’s just a part of adapting to a situation, and wanting to be heard and seen. And the best part—it’s free.*

How important is showing physical work by artists from Dallas in a gallery somewhere else toward helping re-brand Dallas?

Very important. Dallas can’t keep showing Dallas artists. It becomes monotonous, especially with all of the self-congratulatory-ness that happens because many Dallas artists and writers can’t be the least bit critical (some can and should do more—wait for zumBeispiel and semigloss. magazine to lay it down). No one will care about Dallas-based artists if they only show in Dallas. It’s always more interesting to have different locations on a CV. So let’s build Dallas’ CV, if you will.