In his 2011 non-fiction book, Moonwalking with Einstein, author Joshua Foer befriends the professional “memory athlete” Ed Cooke who suggests to him that you can slow down subjective time by packing your life with as many memories as possible. (You’ve probably experienced this sensation when attending a symposium that compresses so much information into a single day that you depart feeling like two (or more) days have passed). Imagine that same brand of uninterrupted focus on a single subject extended for one week, 10-14 hours per day, while being “locked” in a room with five people you’ve just met and all meals delivered and shared? One part exuberant think tank experiment, and one part jury duty: this is what is what it feels like to participate in a “book sprint,” the collective authoring of a publication in a condensed period of time. 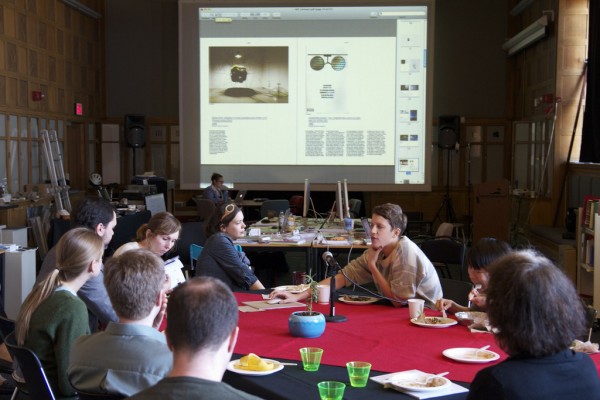 From February 14-20, 2011, I organized such a book sprint as part of my Warhol Curatorial Research Fellowship on art, science and technology at Carnegie Mellon’s STUDIO for Creative Inquiry and Miller Gallery. I had spent the previous four months at a metal desk in the STUDIO, researching 1960s landmark collaborations between artists, scientists and engineers, and trying to reconcile what had happened in the intervening four decades. I read about efforts like “Experiments in Art and Technology” a group founded by artists Robert Rauschenberg and Robert Whitman, with Bell Labs engineer Billy Klüver; and LACMA’s ambitious “Art and Technology” Program which placed some 40 artists in residence within (mostly) high tech industries in Los Angeles. Both programs aimed at pairing scientific minds with creative ones, with various intentions from generating watershed works of art, to inspiring new inventions. But what I was observing at the STUDIO in 2010 was that this kind of pairing of expertise was now reflected in the interdisciplinary coursework that art students embarked on, and that the Internet had given artists agency to work on ambitious technological and scientific projects without dependency on the industrial or scientific sector. In a sense, the network had become the polymath. When I proposed this theory to STUDIO Director Golan Levin he suggested I form a network of my own to test this out, and told me about a newly developed technique for collaborative authoring called a “book sprint.” After reading up on the first book sprint, Collaborative Futures, that took place at transmediale in 2010 and speaking with one of the participants, Michael Mandiberg, I began whittling down a list of people I’d like to spend a week writing with– my dream team.

I ultimately had the good fortune to form a week-long hive mind with writers Claire Evans (musician, artist and science blogger), Régine Debatty (we-make-money-not-art blogger on hybrid and technological art), and Pablo Garcia (architect and art history buff), and designers Luke Bulman and Jessica Young of Thumb (designers who were trained as architects). Each person brought a different strength to the table: Claire was a fast and competent writer who could digest and popularize scientific information; Régine had encyclopedic knowledge of more artists working in this domain than anyone on Earth; and Pablo could contextualize it all within a long view of art history. It was dumb luck that Luke and Jessica had seen a mention of the forthcoming “sprint” and offered up their services to design the book during the sprint (in essence, to “design sprint”). This final item was essential as it turns out to completing the book. Thumb’s ability to immediately synthesize our ideas into visual form fueled our writing and helped us organize a wildly divergent mass of materials.

All the while, Miller Gallery Director Astria Suparak, and STUDIO staff Marge Myers, Jonathan Minard, and Amisha Gadani along with some dozen work study students provided us near around the clock feedback and companionship on our “research outings.”

We started the week with a graph and taxonomy that I presented, breaking down the various methodologies as I saw them at work in today’s art/science/technology projects. Each of these areas (more or less) became the subject of a chapter in the book. We used the simplest solution possible for collaborative writing: Google Docs, and for images we went directly to the artists or Wikimedia Commons and stored them using Dropbox. At the close of each day Jessica and Luke showed us “design rushes” of the content taking shape. 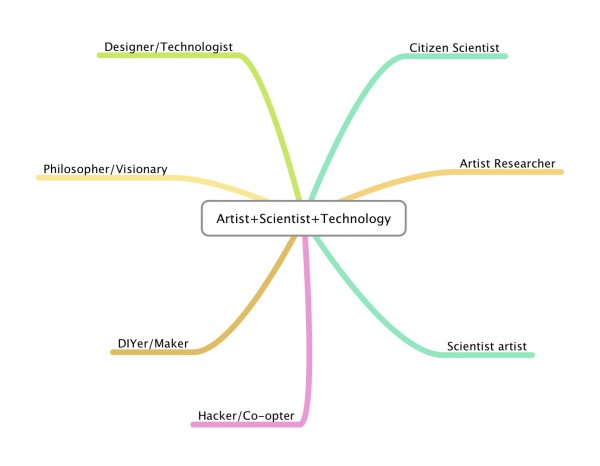 My Artist+Scientist+Technology diagram that framed the discussion

We tackled Maker Culture, Hacking, Artistic Research, Citizen Science, and Computational Art, wrote about over 60 artists, and created a gigantic timeline that includes everything from the establishment of Radio Shack to Creative Commons and Kickstarter. WE DID THIS IN SEVEN DAYS, with little sleep and lots of instant feedback from faculty and students at CMU, as well as artists who generously skyped into the conversation at a moment’s notice. The product of the sprint, New Art/Science Affinities is now out in the world and available as a free download or you can purchase a hard copy. 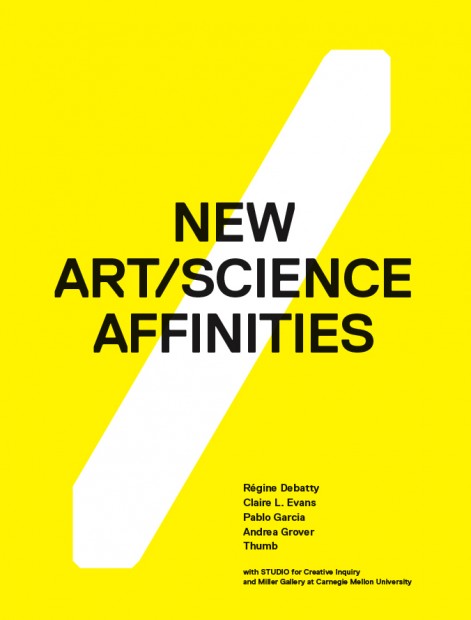 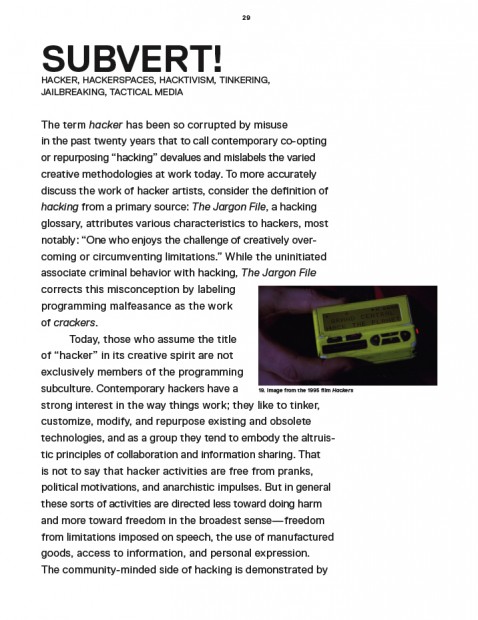 One of the Chapters in NA/SA 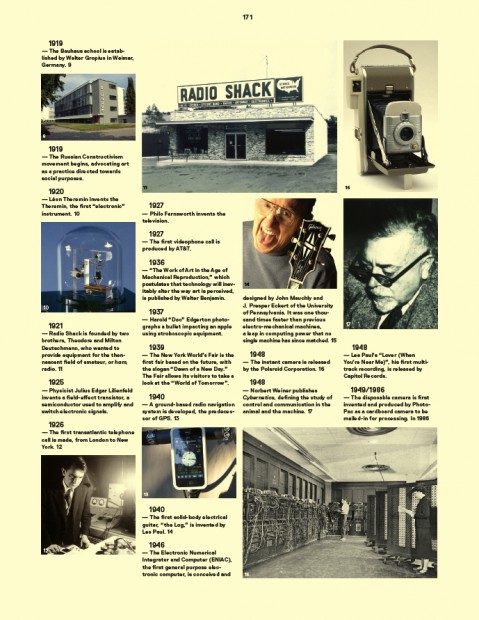 Note: We were not the first sprint astronauts: The book sprint process was conceived of by Tomas Krag and refined by Adam Hyde, the founder of Floss Manuals and Booki, a platform for collaborative writing. Adam is the most seasoned practitioner of “sprinting” and maintains the site BookSprints.net, a collection of case studies and thoughts on the book sprint methodology.